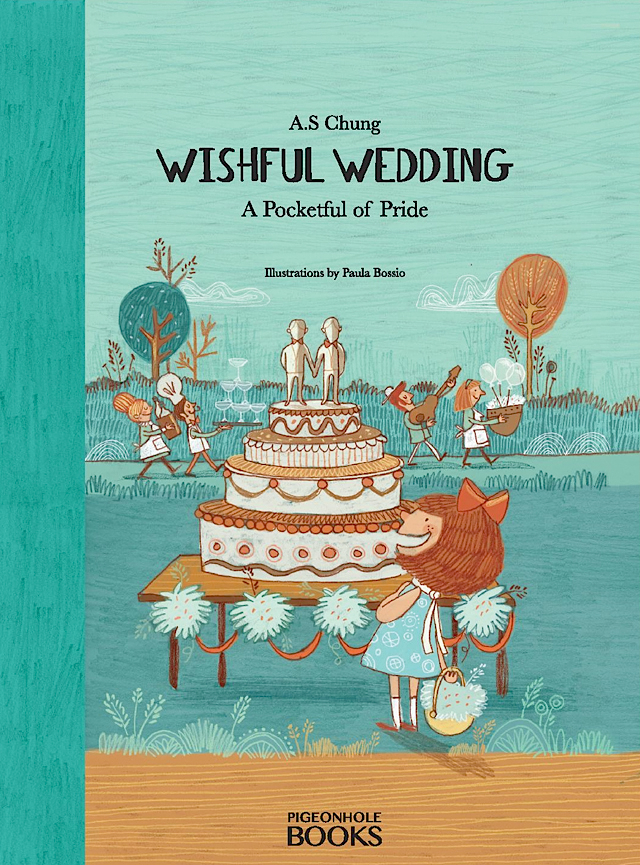 Wishful Wedding
Australian author A.S. Chung’s new children’s book delves into the topic of marriage equality for same-gender families. Told through the eyes of a small child from a same-sex family, the book is aimed toward children aged 3–6 years. The rhyming text and colorful illustrations work together to share a little girl’s mixed emotions about her aunt’s wedding. Although she is happy for her aunt and excited to serve as her flower girl, she wishes her two fathers could declare their love at their own ceremony.

“LGBT equality has always been very much part of my beliefs and I am often frustrated when I am confronted by exasperating homophobic news,” Chung says. “My agenda, however, is geared toward children of same gender families and how difficult that must be growing up in a society and community where it is not often understood and sometimes still considered a stigma. It is unjust, especially when they have parents who have made a conscious decision to raise a child in a loving family environment.”

A recent divorce prompted the writing chapter of Chung’s life, who started writing to show her then-four-year-old daughter that they could face this life challenge together and did so through loving words and beautiful illustrations.

“Stories with a message for children from same-gender families just became a natural extension of my writing,” Chung says. “I felt the issues of marriage equality needed to be highlighted in a gentle manner whilst also reminding the generations to come that this was once upon a time an incredulous issue we had to face. More importantly, I believe that we need more LGBTQ literature for younger children so they know no different and that they will grow up in a world where diverse family units just simply exist. I long for the day when we don’t have to associate pride with the words ‘tolerance’ and ‘acceptance.’ We need more exposure and education in our schools, libraries, and media.”

Although the Supreme Court’s recent ruling in support of marriage equality has made same-sex marriage a reality throughout the United States, Chung argues that this story prompts discussions of the fight for marriage across the globe. 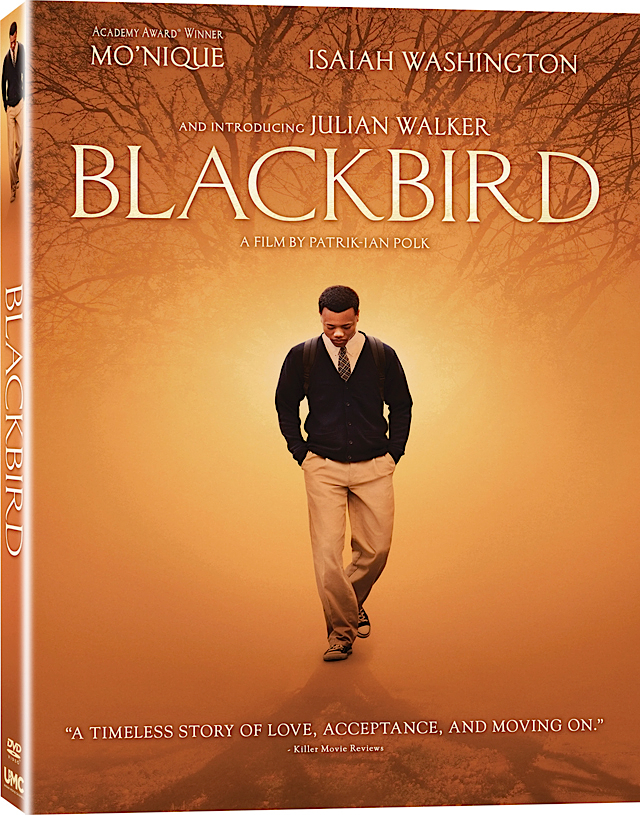 Blackbird
The independent, award-winning, film Blackbird tells the story of seventeen-year-old Randy (newcomer Julian Walker), a devout Christian who is hiding a secret inner struggle: the denial of being gay. Since his father (Isaiah Washington) left, Randy takes care of his emotionally disturbed mother (Mo’Nique) and is the kind of friend all of his classmates can depend on. It is not until he opens himself up to love that he discovers that becoming a man means accepting who you really are.

Based on the novel of the same title by Larry Duplechan, the film, which released in theaters in April, is directed by Patrik-Ian Polk who many might recognize from his work with Logo Network’s Noah’s Arc. Creating an emotional roller coaster ride for viewers, this incredibly talented cast portrays the difficult journey into acceptance and love. Viewers will also be pleasantly surprised by Isaiah Washington’s portrayal of the young gay man’s father in light of Washington’s dramatic exit from the Grey’s Anatomy cast following allegations of homophobic slurs.

The Blu-ray and DVD includes never-before-seen special features, including deleted scenes, audition footage, a behind-the-scenes featurette, and special music video by cast member D. Woods. The transparency of this film sheds light on the struggle of a young man’s journey to self-confidence and finding his place in this world.

add to the end:

Read more online in “Blackbird: The Film of Love and Acceptance that Almost Wasn’t Made” here. 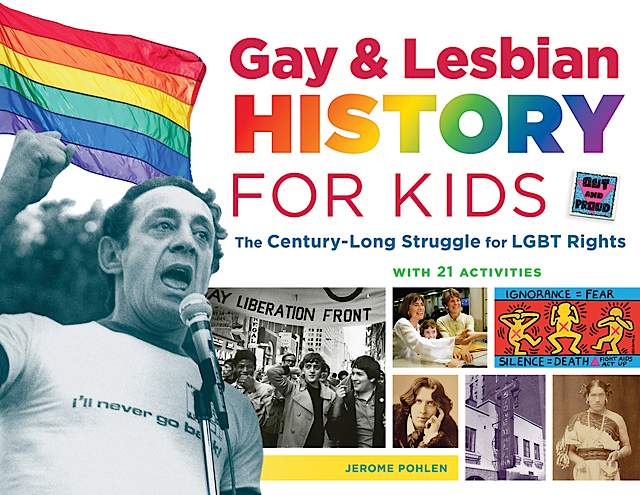 Gay & Lesbian History for Kids: The Century-Long Struggle for LGBT Rights, with 21 Activities
As long as there has been civilization, GLBT people have played a part — from farmers to poets, generals to foot soldiers, peasants to queens and kings. Given today’s news headlines involving marriage equality and gender transitioning, it would be easy for children to assume that the campaign for GLBT equality is a 21st-century development rather than the final act in a struggle that started long ago.

Gay & Lesbian History for Kids: The Century-Long Struggle for LGBT Rights by Jerome Pohlen helps young readers understand the rich history of GLBT people and put more recent events into context. Considering the newness of national marriage equality, a book like this feels perfectly timed for release. After providing a brief history up to 1900, each following chapter in the book discusses an era in the struggle for GLBT civil rights from the 1920s to today. It uses personal stories, photos, and firsthand accounts of key events, like the 1950s “Lavender Scare,” the Stonewall Inn uprising, and the AIDS crisis, to create historical significance for GLBT people in an approachable, kid-friendly format. Readers will learn how many famous historical members of the community kept their sexual orientation a secret in order to avoid persecution; and they may be pleasantly surprised to discover just how many accomplished figures throughout history (Leonardo Da Vinci, Jane Addams, Maurice Sendak) were also gay.

The book’s 21 activities help to enliven the history. Kids can write a free-verse poem like Walt Whitman, learn the Madison line dance, design a quilt panel, and write a song parody to learn about the spirited ways in which the GLBT community has pushed for positive social change. It’s an interesting and eye-opening book for all young readers, and a long overdue addition to the history shelves.