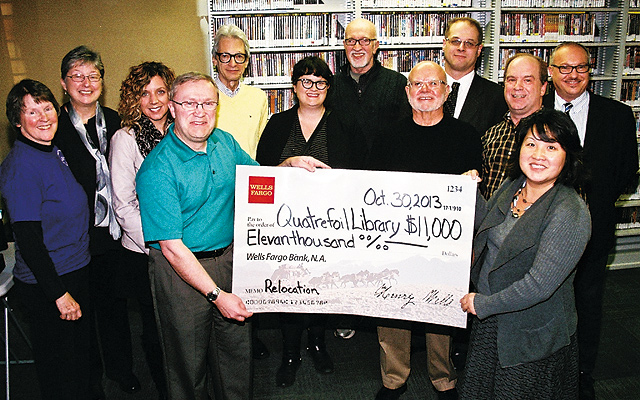 Marking its 30th anniversary of incorporation as a GLBT nonprofit organization this year, Quatrefoil Library held a grand opening at its fabulous new home in the Spirit on Lake Building in South Minneapolis on November 9.

Ironically, Quatrefoil grew out of a “closeted” collection of books–it originally was in a linen closet at the former St. Paul home of cofounders David Irwin, who died in 2009, and Dick Hewetson. The library opened to the public in 1986 in Minneapolis, moved to St. Paul in 1987, and now has returned to Minneapolis.

According to the library’s website, “The mission of Quatrefoil Library is to collect, maintain, document and circulate gay, lesbian, bisexual, transgender and queer materials and information in a safe and accessible space. 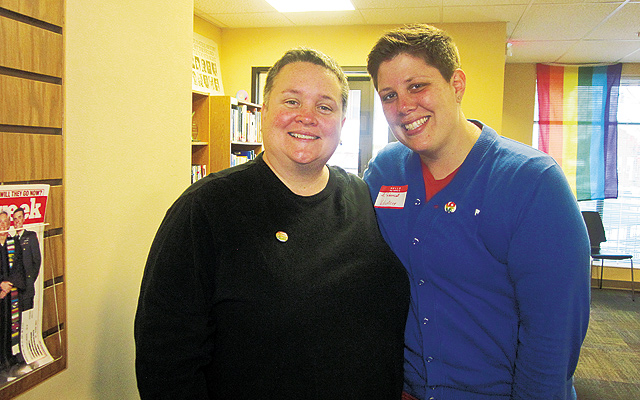 “Quatrefoil Library fosters GLBT community, culture and camaraderie through literature and media in a welcoming place. By collecting and lending queer creative output we nurture and cultivate the value of the whole community. We continually strive to integrate our historical presence into new areas as communication and technologies evolve.”

Quatrefoil’s new home allows the library to fulfill its mission even better than it has done so well for nearly three decades. It now has double the space it did at the old facility, including a spacious community room with a conference table that is available to local GLBT groups. Indeed, with its relocation, the library hopes to be what the Twin Cities has never had: a GLBT community center.

As its website points out, “Quatrefoil is one of the few GLBT lending libraries in the country. Our extensive collection includes thousands of books, DVDs, videos, compact disks/audiotapes, newsletters, and periodicals reflecting GLBT and queer experiences. We have Twin Cities, regional, national and international publications.” 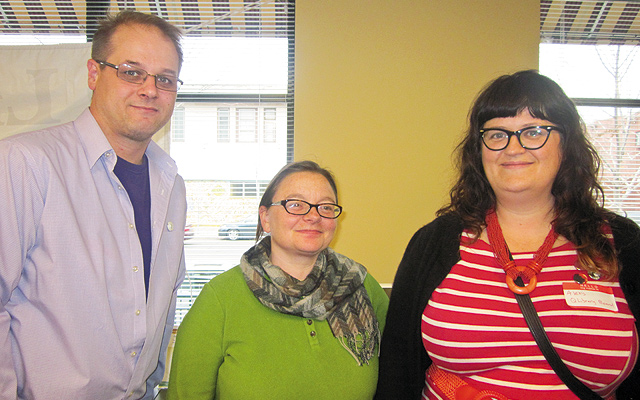 For a very affordable annual membership, patrons can check out materials, with the exception of periodicals. Another perk: Show your current membership card for 10 percent off drink/food at Cahoots Coffee in St. Paul, or 50 percent off dessert when purchased with an entrée at Wilde Roast Café in Minneapolis.

A new addition to Quatrefoil’s lineup is Aging Out at the Library: Programming for LGBT Older Adults. Starting in January, Quatrefoil and the Metropolitan Area Agency on Aging will partner to offer Medicare options counseling the first and third Tuesday of each month, 10 AM-2 PM. Longtime Quatrefoil leader Cathy Croghan, who recently was honored with a Lavender Community Award, is spearheading this groundbreaking initiative.

Except for holiday weekends, Quatrefoil is open Monday-Friday, 7-9 PM; Saturday, 10 AM-5 PM; and Sunday, 1-5 PM. Offstreet parking is available to patrons.

What has always impressed me about Quatrefoil is that it’s an entirely volunteer-run organization, with no paid staff. Yet it provides such a marvelous cornucopia of services to our local GLBT community. 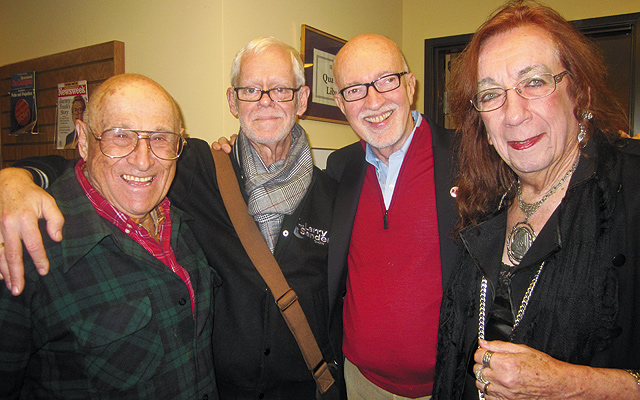