“I was once told that Dick Hewetson and David Irwin, the founders of the library, did not set out to create a legacy when they first opened the library,” says Scott Breyfogle. “I think it is a testament to both Dick and David that the library has been around for 30 years.”

As the former president of Quatrefoil Library’s board of directors from 2010–2015, Breyfogle says whenever you approach a milestone, it’s a good time for reflection. 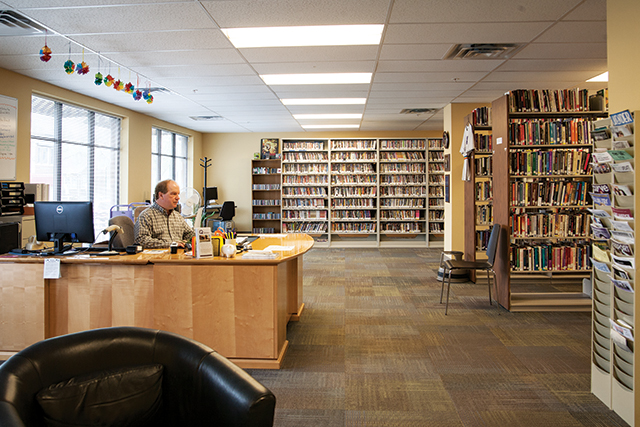 Named after the book Quatrefoil by James Barr published in 1950, the first modern book to portray homosexuals positively, the Quatrefoil Library is the fulfillment of a dream for the late David Irwin. In the mid-1970s both he and Dick Hewetson started collecting gay-themed books, housing their collections in a linen closet. As David continued to buy more books, the collection soon outgrew the “closet.”

David and Dick’s long-time idea of starting a lending library was realized when Matthew Stark, executive director of the Minnesota Civil Liberties Union, invited the Quatrefoil Library to be a tenant in MCLU’s new building on West Broadway in North Minneapolis. The library opened there on February 4, 1986.

Since its opening, the collection has experienced unprecedented growth, so much so that the demand and use of the library soon outgrew the facilities. The library reopened at the renovated Richards Gordon School on June 6, 1987, with more than 4,000 volumes and over 300 periodicals. The collection continues to grow, now consisting of over 10,000 books, 1,000 DVDs, periodicals, and sound recordings. The library reopened its doors in a new venue once again on November 1, 2013, and now has 2,700 square feet, which is double the size it had at the Richards Gordon Office Building in St. Paul. 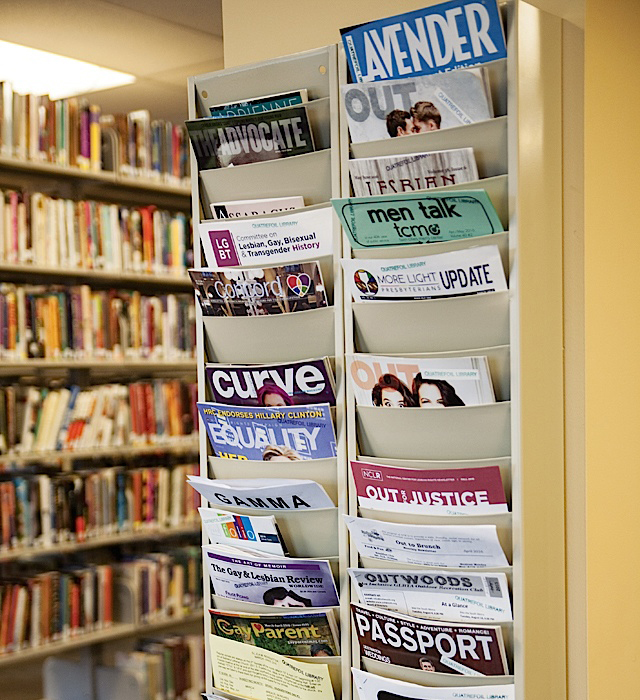 Authors are also familiar with the library. Will Fellows used resources from Quatrefoil to write his book Gay Bar: The Fabulous, True Story of a Daring Woman and Her Boys in the 1950s. And that awareness is only going to grow as more and more members of the community place emphasis on recording and remembering our history. The Twin Cities hosts countless artifacts and records of GLBT history, and Quatrefoil is a part of that.

“In addition to the Quatrefoil Library, the Twin Cities is also the home to the Jean-Nickolaus Tretter Collection; I think that puts the Twin Cities in a really unique position,” Breyfogle says. “To have the Quatrefoil Library, the second oldest GLBT lending library in the country, and the Jean-Nickolaus Tretter Collection, one of the best GLBT archives in the country, just a few files apart. Both organizations are committed to promoting each other and we have co-sponsored a number of events together.” 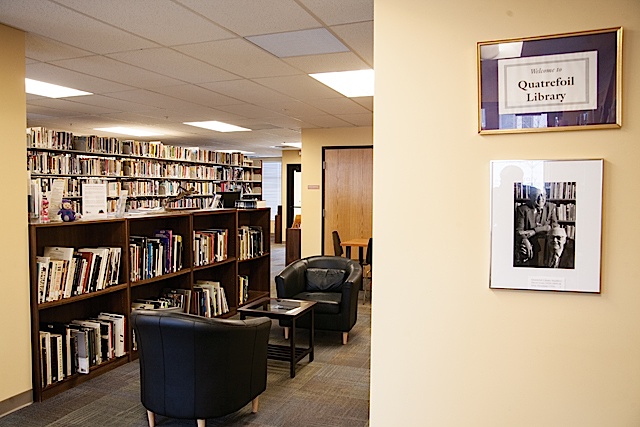 But the longevity of the library Breyfogle attributes to the GLBT community in Minnesota. “We have a vibrant and supportive community here. Do I wish they were all members? Yes, I do,” he says. “While not everyone might be a member, I know many people have provided financial support to the Quatrefoil Library over the years because they understand what an important resource it is. We are very grateful to those individuals.”

Although there are no plans to move again, the library’s board is still looking toward the future. According to Breyfogle, the main hurdle facing public and private libraries today is figuring out how to adapt and decide what the modern library looks like.

With game nights, book clubs for every walk of life, support groups, and more, there is something for everyone at the Quatrefoil Library. For example, workshops on a number of topics including one on long-term financial planning are very well attended and received. The programs the library hosts are open to the public; you don’t need to be a member to attend.

The quality and amount of programing is astounding when you consider the fact that the library is 100 percent volunteer without a single paid position on staff. All of the volunteers take great pride in the work the library does, and Breyfogle invites everyone to check out the library’s new space and consider becoming a member or a volunteer.

“I stepped down from the board at the start of the year,” he adds. “I know the current board president, Mitch Marks, and the rest of the board are examining the future of the library. Whatever decisions they make, I am confident the Quatrefoil Library will continue to be part of the greater Twin Cities GLBT community for years to come.”

To stay up to date on the library’s programs and events, including a 30th anniversary celebration on October 13, 2016, visit www.qlibrary.org and follow the library on Facebook at www.facebook.com/QuatrefoilLibrary.