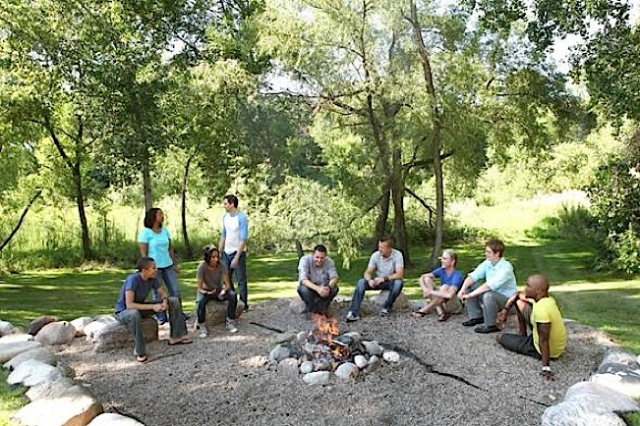 When the PRIDE Institute in Minnesota opened up in 1986 it was a novel idea — a substance-abuse treatment center catering to the gay and lesbian community.

But within three months of opening, every bed was filled, proving there was a need.

“Back then we dealt with a lot of homophobia — internal and external,” said co-founder Ellen Ratner of PRIDE. “I think what made a difference is that we dealt with internalized homophobia.”

The idea for PRIDE started with an LGBT specialty track at a treatment center in New Hampshire run by Lawrence E. Bienemann.

“In the last year we started to do specialized treatment and we were successful initially with Ellen’s patients,” he said. “Our gay and lesbian track was the first in the nation.”

And that track inspired Bienemann to lay the groundwork for a full-fledged treatment center for gays and lesbians, which would become the first in the world. 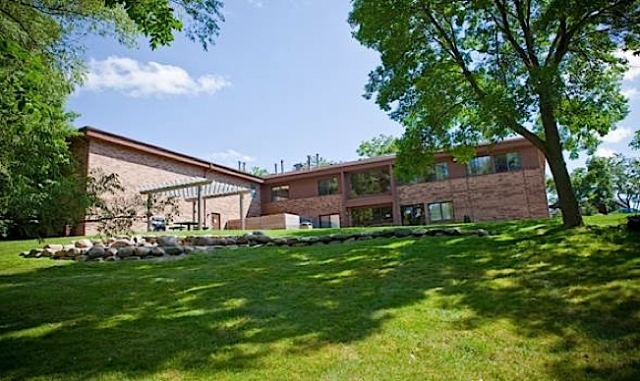 Bienemann approached a group of investors and quickly raised almost $1 million. He hired Ratner to put the program together.

“PRIDE was an example of people working together. We became well-known very quickly,” Bienemann said. “It was bad enough to be an addict, but to be gay or lesbian on top of that, that was two strikes against you.”

“The shame that’s associated with addiction is magnified by sexual identification,” he said. “Because of the shame of being gay or lesbian, compounded with the disease of addiction, it really impacts people’s ability to get well.”

Pohl said he was excited to join an elite group of professionals Ratner had recruited to advise the new facility and serve on the board.

“It was a fairly prestigious group of gay and lesbian activists and addiction specialists,” he said. “To have an opportunity to work with a high-level clinical staff committed to this mission was really inspiring.”

Pohl would later serve as the chief of clinical services for PRIDE for three years.

Minneapolis was chosen because the corporation that started PRIDE owned several other facilities in and around the city. There were talks of later moving the institute to a more gay-centric location such as New York City, San Francisco or Washington, D.C. but those plans never panned out, Pohl said.

Pohl admitted the founders didn’t have a blueprint for success and adapted as they went along.

“At PRIDE we normalized being gay,” he said. “And that was the key issue, to have a normalization of being gay. Addiction is a disease where you feel uniquely better or uniquely worse. To sit in a group and not be able to come out safely almost destined that person to fail.”

Ultimately, Pohl said, it came down to safety.

“The biggest impact of PRIDE in the community for those who had an addiction is that now they had somewhere they could be safe,” he said.

But something else that separated PRIDE from other treatment centers was its approach to HIV.

“The other thing we had to address was HIV,” Bienemann said. “Normally a treatment center, at that time, wouldn’t treat that or deal with it. But we did.”

And that was one of the reasons Pohl wanted join PRIDE.

On top of being gay and being an addict, “the stigma of having HIV added another factor to the mix,” he said. “To have a safe place for people who were HIV-positive was really intriguing.”

Ratner is especially proud of the work she did at PRIDE in those first few years. She believes the facility really made a difference in a lot of people’s lives.

“We did outpatient surveys and found that we had a higher success rate than other places,” Ratner said. “Our patients did better.”

Twenty-eight years later, PRIDE is still going strong despite the advances of gay rights and mainstream acceptance of the LGBT community.

Pohl isn’t surprised at its longevity.

“The complexion has changed perhaps because of HIV and marriage, and participation in mainstream culture,” he said. “But there is still a lot of shame involved in sexual identity.”

Pohl said that even in today’s society, being gay-friendly is largely dependent on the staff.

“You have to rely on the integrity of a staff,” he said. “Homophobia is alive and well in our society.”

Molly Gilbert, the current director of business development at PRIDE, added: “There are a lot of places that are LGBT-friendly, or have an LGBT wing. But here is a place where LGBT people will receive trauma-informed care and find a staff that is experienced in dealing with the LGBT community. This is a place where people can say, ‘I’m finally in the majority for the first time in my life, and I don’t have to explain myself.’”

It’s been decades since Ratner has had any involvement with PRIDE as well. She left the corporation in 1990 and is now working as a journalist.

She attributes the early success of PRIDE to the fact that they dealt with all of the major issues gays and lesbians faced, such as the internal and external homophobia mentioned above.

“The ways gays and lesbians met back then were known as the three Bs — bars, baths and bushes,” Ratner said, explaining that gays and lesbians faced a lot of difficulties just being themselves. “We speculated at the time that there was a [direct correlation] between being out to your family and sobriety.”

So family became a core component of their program.

“We also had a family program that sometimes included their partners or straight families. They would really learn to give support to their family member,” she said. “Who would have thought a gay person’s lover or family would come? That was just radical back then.”

But Ratner wanted to not only help her patients become comfortable with their own sexuality — she wanted them to feel comfortable in the “straight” world as well. 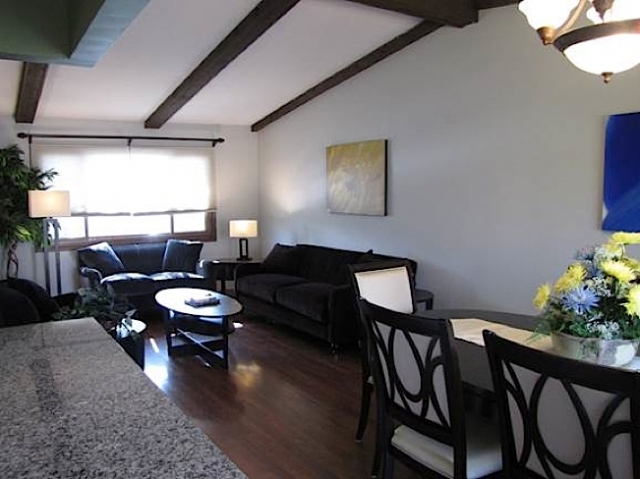 “We used to take patients to straight and gay AA meetings so they could be comfortable at both,” she said.

Ratner, herself openly gay back, had also been a gay-rights activist for years.

PRIDE was founded under the now-defunct Addiction Recovery Corporation where Bienemann was president. He recruited the 35-year-old Ratner to put together a manual for the family program, and then to do research and service training. In order to fulfill that responsibility, she put together a team of professionals in the substance abuse field from all over the nation, including Pohl.

“I had already been working in the gay and lesbian community in addictions,” she said.

Bienemann told the Boston Globe in a 1987 article “any inpatient drug and alcohol treatment center has a difficult time meeting all patients’ needs. In the chemical-dependence field, there is general insensitivity to issues specific to the lesbian and gay population. At ARC, it’s only recently that we have begun to train staff to guard against homophobia.”

Bienemann also said he wanted to address the statistics that were showing one-third of gays and lesbians were chemically dependent.

“That’s three times the national average,” Bienemann said in 1987. “Given those statistics, there’s a real need for a separate treatment center.”

And the current statistics aren’t much better now than they were then.

Studies are scarce in the area of LGBT substance abuse but, according to one report from the Substance Abuse and Mental Health Services Administration, 20-30 percent of the LGBT community abuses substances, while only 9 percent of the general population does. The Centers for Disease Control and Prevention also states that LGBT individuals are more likely to use alcohol and drugs; have higher rates of substance abuse; are less likely to abstain from alcohol and drug use; and are more likely to continue heavy drinking into later life.

In the early years of PRIDE, alcohol was the most prevalent drug of choice followed by cocaine, Ratner said. Today it’s crystal meth, said Todd Connaughty, the current director of clinical services.

Over the years, the treatment center has changed hands several times. Today it’s owned by Universal Health Services, a company that owns hospitals and behavioral-care centers around the country. They also own other PRIDE Institutes, but those facilities only share the same name and owner, but are in no other way connected to PRIDE in Minnesota, said Gilbert.

Looking back at those years, Ratner does have a couple of regrets.

“I wish we had done more research. And published that paper that was done and ready to go. The world should have known what we learned there. One of the things we found was that if you drank two or more drinks, you would not have safer sex. Back then, that was a life and death issue. There was no cocktail; when you got AIDS you were dead.”

Jason Parsley is the associate publisher of the South Florida Gay News. He lives in Boynton Beach, Fla., with his fiancé.