Hear ye, hear ye! Following a rigorous process, winners for the 2013 Pride Awards have been announced!

Each year, the Board of Directors of Twin Cities Pride selects a winner for pride awards in three categories: Everyday Hero, Community Pride, and Corporate Achievement.

The process began with nominators not only writing a recommendation, but they must also give a presentation to the awards committee. From there, nominees bust be confirmed by a majority vote of the Board of Directors in order to even be considered a candidate. Upon the review of these nominees, it will be put to a vote by the assembled officers, directors, and agents of the Board of Directors to perform the final selection.

And so, without further ado: 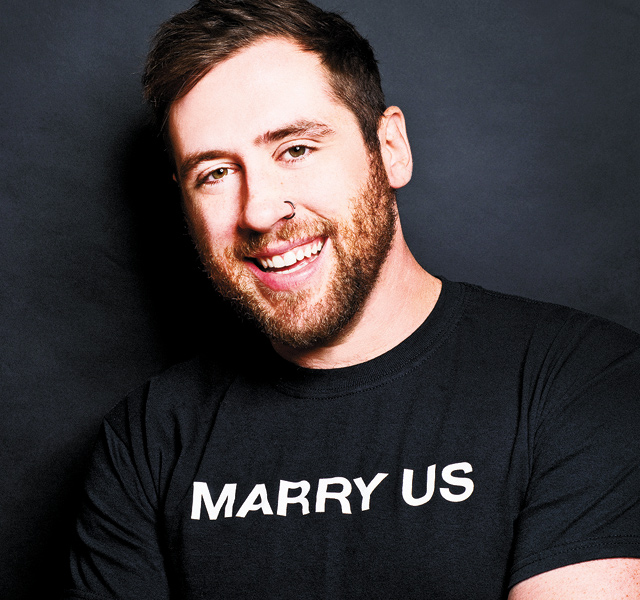 During the 2012 election, Minnesotans were asked to vote on an amendment which addressed marriage as defined in the state constitution.  Photographer Brent Dundore put his passion for giving back to the community and a desire to help make an impact on the outcome of the election to good use.

After moving back to Minnesota last year following a stint in California, Dundore knew this was the place that he wanted to start a family someday. “Having that family is my ultimate goal in life. I know that we need to have the same rights through the base of marriage, otherwise my kids would always see their parents as different, and that they aren’t equal to their friends’ parents,” Dundore says. “I wasn’t just going to sit back and watch this happen!”

As a member of the Twin Cities Gay Mens Chorus, Dundore was approached to do some promotional photo work for their concert series “Marry Us.” However, Dundore imagined it could be bigger than that. Step-by-step, he made “Marry Us” into a social media campaign creating awareness that there are thousands of people who “do have a voice and want to be heard!” The photos, taken against a white background with the words “MARRY US” along with campaign info superimposed, are the brainchild of someone who wanted to do something more.

In the year to follow, Dundore found every opportunity possible to be at events and to photograph people who supported equality. Fast forward to events within the last month when momentum picked up as the Minnesota House and Senate were going to vote on marriage quality. “I wanted to be at every single happening before they voted and to document it in the best way that I could: using my photography,” says Dundore, who was continuously posting photos to the Marry Us Campaign on Facebook.

Through Dundore’s BDPortraits Photo Studio, he has been able to follow through on his Marry Us Campaign. Presented to an “unsung hero” amongst us, the Everyday Hero Award recognizes an individual who has not yet been acknowledged for their work. Brent Dundore is certainly an unsung hero, having spent countless hours of his time attending GLBT events throughout the Twin Cities in order to provide people with the opportunity to have their support of marriage equality documented in film. He is even sporting a new venture, mnGLBTweddings.com, which will be a one stop shop for everyone in Minnesota looking to get married. But his work is not yet complete.

Although the first of August will be a remarkable day for many people who will now be able to marry the love of their life, the same is not true for Dundore. His partner is not a citizen of this country. Therefore, even with the passing of this marriage equality bill, Dundore and his partner still have hurdles to face which fuel his future endeavors. “My new goal, is to go national and create awareness on an even bigger level,” Dundore says. “And that I will.” 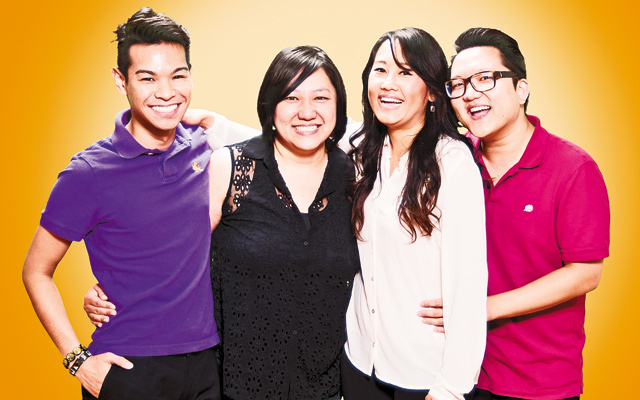 This year marks the 10-year anniversary for Shades of Yellow (SOY), a nonprofit organization fighting for the recognition and awareness within the Hmong community of Hmong LGBTQ. In a community that doesn’t have a positive word in their language that means “gay,” the Hmong LGBTQ face some uphill battles. Made up of a diverse group of community members, constituents, and allies, SOY works to provide support, education, advocacy, and leadership development to not only Hmong LGBTQ individuals, but allies as well. Based in St. Paul, SOY is a unique entity as the only organization in the world focused on Hmong LGBTQ issues. As such, SOY makes an effort to increase online presence and reach out to other members of the community across the country.

The Community Pride Award is presented to an organization or group that has done great things for the GLBT community. SOY fits the bill, hands down. Bruce Thao, an advisory board member of SOY, said this award is a tribute to all of the people who have been a part of SOY or believed in its mission over the past ten years. “It propels us forward as we continue to carry out our mission to cultivate a community of empowered Hmong LGBTQ and allies to challenge what we’ve known and ignite positive cultural and social change,” he says.

Battling societal norms is not an easy task, which Thao recognizes. Yet, he remains optimistic. “We envision a world where Hmong LGBTQ and allies are liberated and celebrated for who we are,” he says. “Together, we are making this dream a reality.”

Since April of 1999, St. Jude Medical has prohibited workplace discrimination on the basis of gender and sexual orientation. Within the past year, St. Jude Medical was an unsung hero as the first Fortune 500 company to publicly oppose the marriage amendment last November, joining the MN United for All Families coalition. By signing their name to the coalition, St. Jude Medical took a great risk, but they did so because they felt it was the right thing to do. Putting their name on the line to help defeat the ballot initiative, CEO Dan Starks and Angela Craig, head of Global Human Resources, were two of 26 business leaders to sign a letter to the governor and state legislative leaders in support of marriage equality.

“We are honored to be chosen for this award,” Craig says. “Our opposition to the marriage amendment was based on the basic belief that all of our employees and their families should be treated equally.”

Public backing of “Vote No” by corporate entities and allies like St. Jude has been perceived as one of the key factors in the success of the campaign (along with connections within the faith community, fundraising and time in mobilizing supporters). “We believe that it is important for Minnesota to be viewed as inclusive in order to recruit and retain the best talent,” Craig says.”