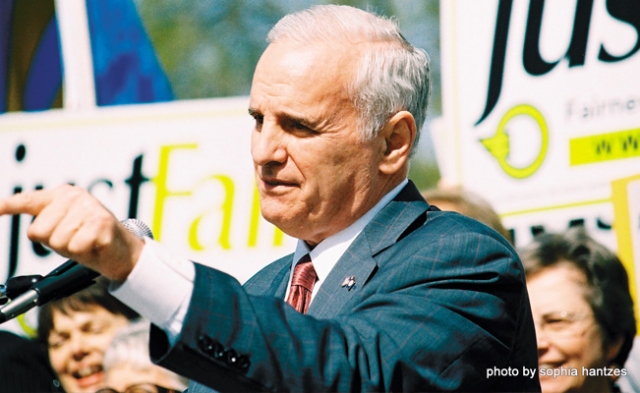 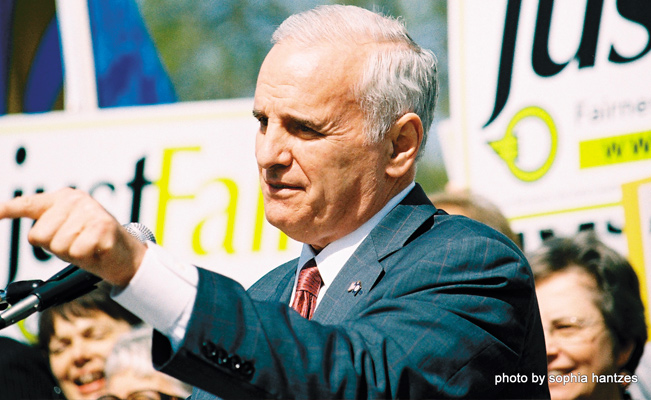 1.)   You were quite the crowd-pleaser at the Pride Parade in 2011 as the first governor of Minnesota to participate.  What were your thoughts last year and can we expect to see you again at the end of this month?

Everyone at the Pride Parade is so welcoming and encouraging that it is one of my favorite parades in Minnesota!  I have walked in Pride Parades since 1981, and I am looking forward to participating again this year.

2.)   We’ve got Marriage Equality on the ballot this year.  Can you give your impressions as to how we got to this point, what your position is, and what you predict might happen in November?

I predict that this November, Minnesota will become the first state to defeat this divisive and destructive anti-marriage amendment.  I believe Minnesotans are better than this, and they will rise above the mean-spirited politics, which put the amendment on the ballot.  It would deny certain Minnesotans the right others have to marry the persons they love.  That unequal treatment should be unconstitutional, and it is certainly unMinnesotan.

3.)   We certainly didn’t think we had a fight to keep discrimination out of the Constitution when we elected this last- set of politicians.  Do you have any words of advice to give our readers as we approach the next election day?

Elections have enormous consequences.  Look at the 55 bills I have vetoed during the past two years; you will see what would have happened to Minnesota, if I had not been fortunate to be elected Governor.  However, many of my initiatives were stymied by a Republican-controlled legislature.  This November will be a pivotal election in Minnesota, in which voters will decide upon our state’s direction for years to come.  And we must defeat two very bad Constitutional amendments.  Ask your readers to please get involved and please vote!

4.)   Considering the Defense of Marriage Act (DOMA) is on the books, do you think we’ll see nationwide Marriage Equality in the near future?

I believe that all couples should have the same right to marry.   Equal rights and protections under the law are essential Constitutional guarantees.  I am encouraged that the First Circuit Court of Appeals has struck down part of DOMA, and I hope that the US Supreme Court will uphold this decision.  I believe that the campaign for Marriage Equality has made remarkable progress in our country during the past decade.  Not enough progress, but nevertheless remarkable.  Polls show that the next generations of Americans strongly support this essential Equal Right.  We’ll get there; the only question is when.