P.L. Travers: A Spoonful of Speculation 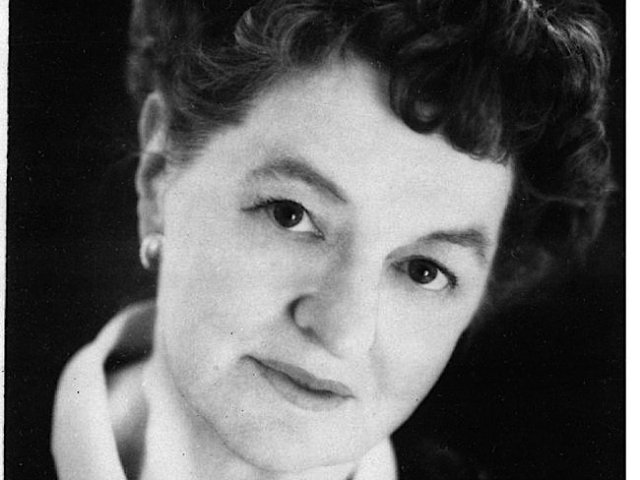 P.L. Travers, author of “Mary Poppins,” was born Helen Lyndon Goff on Aug. 9, 1899 in the city of Maryborough, in Queensland, Australia, (not in England, as many assume). She moved to England in 1924, and used the name P.L. Travers, an abbreviation of her pseudonym Pamela Lyndon Travers, which she used in her days as a dancer and Shakespearean actor on the Australian stage. Reportedly, her wealthy relatives did not approve of Travers performing, so, being independent-minded, she moved to England where she forged a career as a writer.

The name P.L. Travers appealed to Goff because it sounded more masculine — or at least, gender-nonspecific. Travers was the name of her father, an alcoholic banker whose career declined almost as quickly as he did. (He died of tuberculosis at age 43). His daughter was 7 years old when he passed. 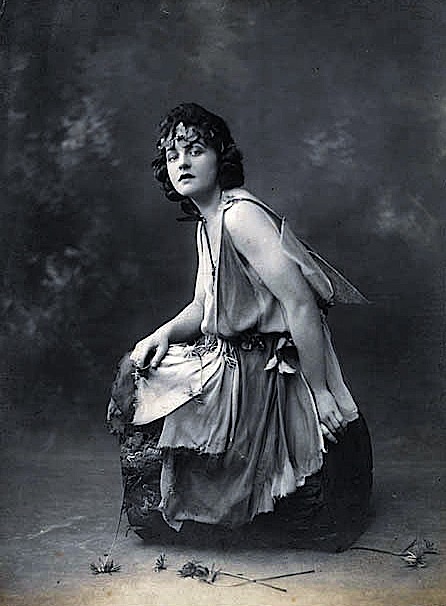 The author, who first published poems as a teen in Australia, was fond of myths and fantasies. This may be why she was so good at acting and writing. She constructed her own rather mysterious persona so that no one really knows her truth. Her famous literary heroine, based on an aunt of Travers’, was a magical nanny who helped her charges through difficult situations with sensible, even tough advice. Travers, who was very no-nonsense herself, was also fascinated with eastern philosophy and theosophy, Sufism and Hinduism.

In England, Travers lived with Madge Burnand, the daughter of the editor of Punch. The women shared a flat in London, and later rented a cottage together in Sussex. Much speculation has been made about whether they were lovers. 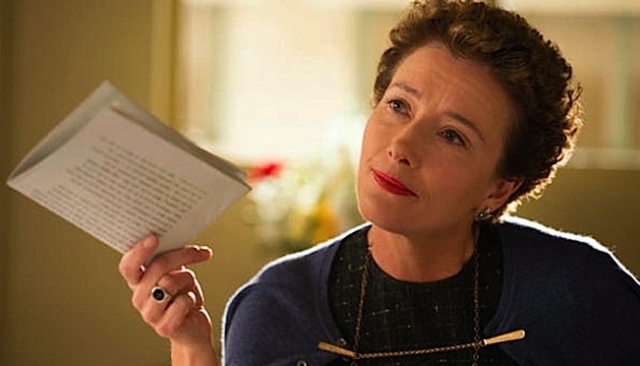 Actor Emma Thompson played Travers in the 2013 film “Saving Mr. Banks,” which depicted Travers’ battle with Walt Disney to make “Mary Poppins.” The actress was quoted in article on the film in The Advocate about Travers’ relationship with Burnand.

She stated, “I don’t know whether they were lovers or not, but she did live with Madge for a long, long time, and she certainly had very complex, passionate relationships with both women and men. She was an explorer of her own condition, and very possibly her own sexuality.”

It was while living with Burnand that Travers published “Mary Poppins,” the work that would give the author her greatest fame. Travers wrote five sequels to “Mary Poppins” and, as “Saving Mr. Banks” depicted, she reluctantly sold the rights to Disney, who produced the famous film. Travers, apparently, was not fond of the Julie Andrews/Dick Van Dyke musical and particularly hated the animated dancing penguins.

As mentioned, Travers is said to have had relationship with men and women, but few specifics about her sexual relationships have ever been detailed. Her diary recounted her friendship (and possibly a relationship) with Jessie Orage, whose husband, Alfred Richard Orage, was a pupil of the spiritual teacher G.I. Gurdjieff.

Travers became a follower of Gurdjieff, and through him became an occasional member of The Rope, a group that consisted mostly of lesbian writers, including Jane Heap, founding editor of Little Review, and Kathryn Hulme, author of “The Nun’s Story.” [Fun fact: Many members of The Rope were acquainted with Gertrude Stein, but Stein did not follow Gurdjieff; whether she and Travers ever connected is not known]. 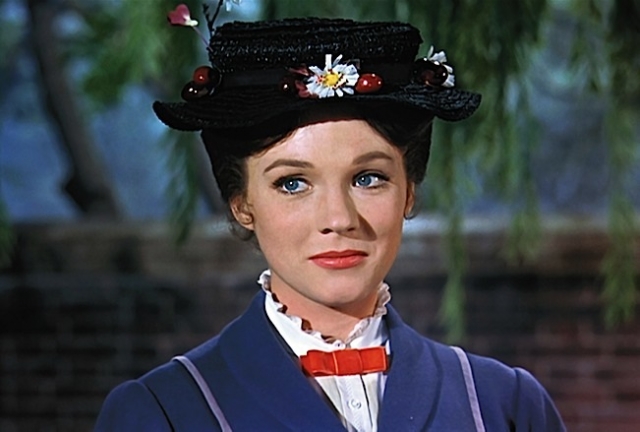 Valerie Lawson, author of “Mary Poppins, She Wrote,” a biography of Travers originally titled “Out of the Sky She Came,” indicated that both Travers and Orage “loved men.” Their close friendship, Lawson indicates, was formed over the loss of Orage’s husband, and Travers’ editor, George William Russell.

Whether their friendship crossed over into a sexual relationship is not known. But Jim Korkis, a Disney historian, was quoted in the Orlando Weekly (around the time of “Saving Mr. Banks”) saying that, “It has been assumed that Travers was bisexual, although no one really knows for sure. She was known to be extremely flirtatious around younger men. At one point, she told an acquaintance that she thought that Walt [Disney] had ‘eyes’ for her.”

Travers certainly was secretive and private. It was perhaps a source of pride for her. A quote from her in a New Statesman article entitled, “The strange life of the creator of Mary Poppins,” read, “I’m a private sort of person, as anonymous as possible — and that’s not humility.”

It is entirely possible that Travers adopted Camillus so she would have someone to love. While she lived with Burnand, and was close to Orage, her rumored same-sex encounters may have happened without being disclosed. This is likely because Travers was alive (and prominent) during the era when women did not discuss relationships outside of marriage. Females in those days were expected to marry; if they lived together, there was always speculation about them being lovers. Moreover, if a woman lived alone, it was presumed she was likely promiscuous. Travers was certainly sharp enough — and discrete enough — not to let anyone know her true nature. For all anyone knows, she could have been asexual, given how little evidence there is of any lover(s).

But whether Travers was asexual, bisexual or something else entirely, it was certainly a taboo at the time for a woman to be intimately involved with other women. As Travers was gaining fame as a children’s author, the exposure of a same-sex relationship could have been especially harmful to her career. (Travers was made an Officer of the Order of the British Empire in 1977). This may account for why she felt she needed to maintain privacy.

Travers never published an autobiography. And while the news articles and biographies hint at what might have been, all anyone can really do is speculate.

Gary M. Kramer is an award-winning, Philadelphia-based film critic. He is a contributing writer to Philadelphia Gay News, Salon.com, indieWIRE and various other media outlets. He is the author of “Independent Queer Cinema: Reviews and Interviews” and co-editor of “Directory of World Cinema: Argentina.”