One Heartland Ignites the (Camp) Fire 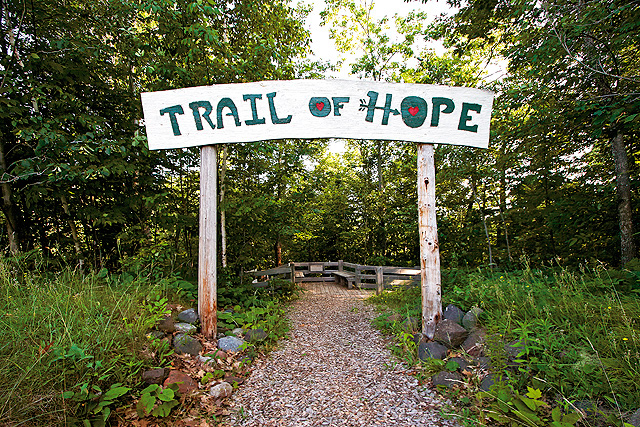 In a world where it has gotten to the point when legislatures feel compelled to pass anti-bullying legislation, any glimmer of hope and support comes as a breath of fresh air. For many young people, Camp Heartland has revived that sense of pride and hope for the future.

Founded in 1993 for young people who were affected by HIV/AIDS, Camp Heartland’s mission was simple: to give those young people the best week of their lives. Over the last 20+ years, the camp has provided over 20,000 camp experiences to deserving youth, and has expanded programs to serve youth facing other challenges (such as those living in transitional housing or struggling to achieve a healthy weight).

Camp True Colors is one such expansion under the One Heartland umbrella, the organization which was created in 2006 to manage the original Camp Heartland and its expansions. Camp True Colors began as a camp for young people who identify as GLBTQA, but, after being approached by the True Colors Fund, it has become a camp for GLBTQA youth who are being served by an out-of-home program (read: in foster care). Partnering with the True Colors Fund has allowed the camp to grow and strengthen—and every year a larger number of campers make their way to Willow River, Minnesota, where the camps are held. 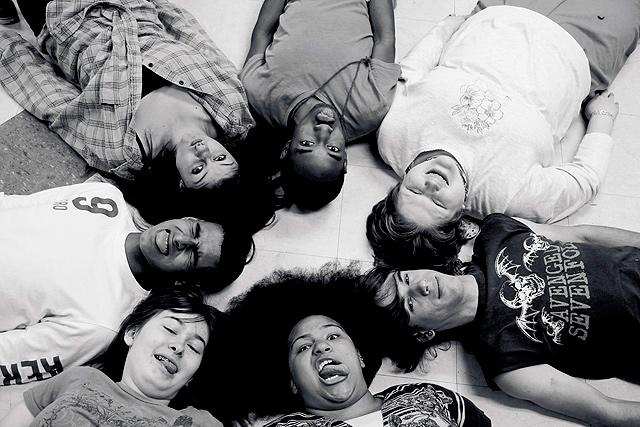 The True Colors Fund, founded by Cyndi Lauper, is a program which raises awareness of GLBTQ youth facing homelessness (over 40 percent of homeless youth identify as GLBTQ). Jill Rudolph, One Heartland’s National Camp Director says, “While Cyndi Lauper is not actively involved in the camp program, the camp relies on her organization’s support and network.” According to Rudolph, the True Colors Fund is not only one of the biggest financial contributors to Camp True Colors, but also helps recruit participants through one of their signature initiatives, the Forty-to-None project.

The camps, staffed by volunteers (although some receive a stipend), offer campers two daily education sessions on top of traditional camp activities. At Camp True Colors, for example, the first educational session is Queer Comfort Time, during which guest speakers present on a variety of topics (safe sex, positive relationships, transgender education topics, body image, etc.). The second, Campfire Discussions, are mediator-led group discussions on a particular topic. As a far more laid back discussion, these are quite literally held around a campfire.

Rudolph says that, for many youth, participating in One Heartland’s camps means acceptance. “Camp is sadly just about the only place these young people can be themselves,” she adds. “They can relate and connect with young people facing the same struggles they are, they can ask questions of peers and staff without facing stigma—and, most of all, they are able to enjoy a carefree week at camp.” 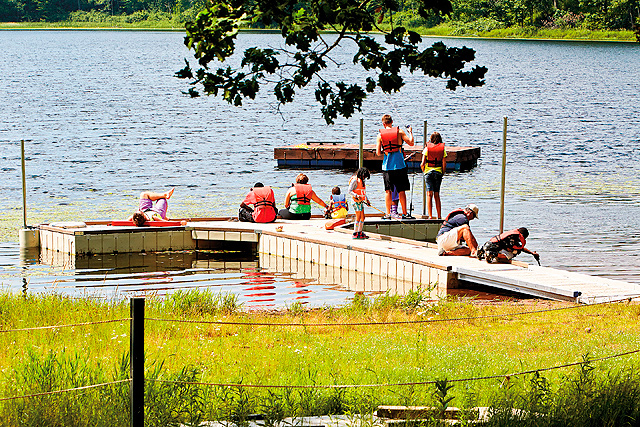 Emma Mathews-Lingen, who experienced True Colors as a camper, echoes Rudolph’s statements. “Camp has meant the world to me,” she said. “Something so unique to Camp True Colors is that the campers and staff are given time to open up conversations about GLBTQ+ related issues, and often the campers have new knowledge to share with the staff, and vice versa. The people I’ve met at True Colors and the experiences I’ve had there will stay with me till the day I die.”

The conversations, educational components, and support received at camp naturally result in personal growth on the part of the youth. Rudolph reports seeing greater self-awareness, higher self-esteem, a more positive attitude, better life skills, increased social connection, and knowledge of how to better seek out more positive relationships. With about 500 camp experiences every summer thanks to One Heartland’s various programs, it’s safe to say that One Heartland is making a large impact in Minnesota’s youth and beyond. One Heartland, which also hosts camps in Texas, New York, and California, is making waves across the nation.

“I think everyone that walks through the doors of camp—be they a camper, staff member, or volunteer (myself included)—has faced social isolation in one form or another. Isolation that was based on what they identify as, or on obstacles they have faced,” Rudolph says. “And so we can all find one piece of camp that we relate to and can empathize with—and this connection keeps us inspired campfire after campfire, summer after summer. This is the magic of camp.” 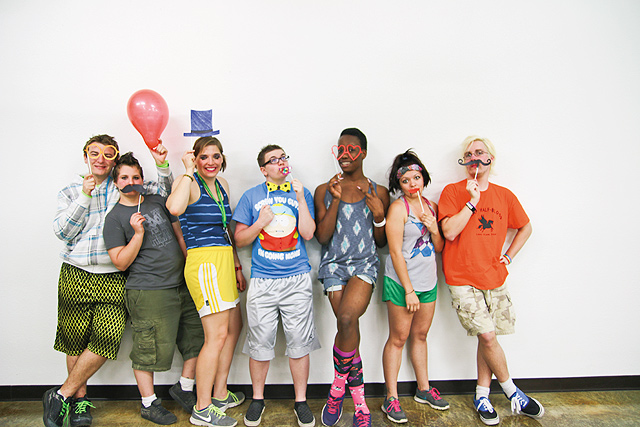 That relief from isolation is what Mathews-Lingen took away as well. “No matter how you identify you will be welcomed at camp, and your experiences and opinions accepted and learned from,” she said. “I guarantee you will be made to feel at home, and make some friends.”

As a nonprofit organization that relies on donations and volunteers, One Heartland is also serving a majority of campers who live at or below the poverty line, meaning they attend camp for little or no cost to them or their families. Because of this, One Heartland is always looking for help (and, Rudolph reminds people, there are many, many different ways to do so).

Whether that be volunteering at camp or at a fundraising event, leading an education session, hosting a fundraising party or drive, or any other various ways of assisting One Heartland in fulfilling its mission, Rudolph encourages everyone to get involved. 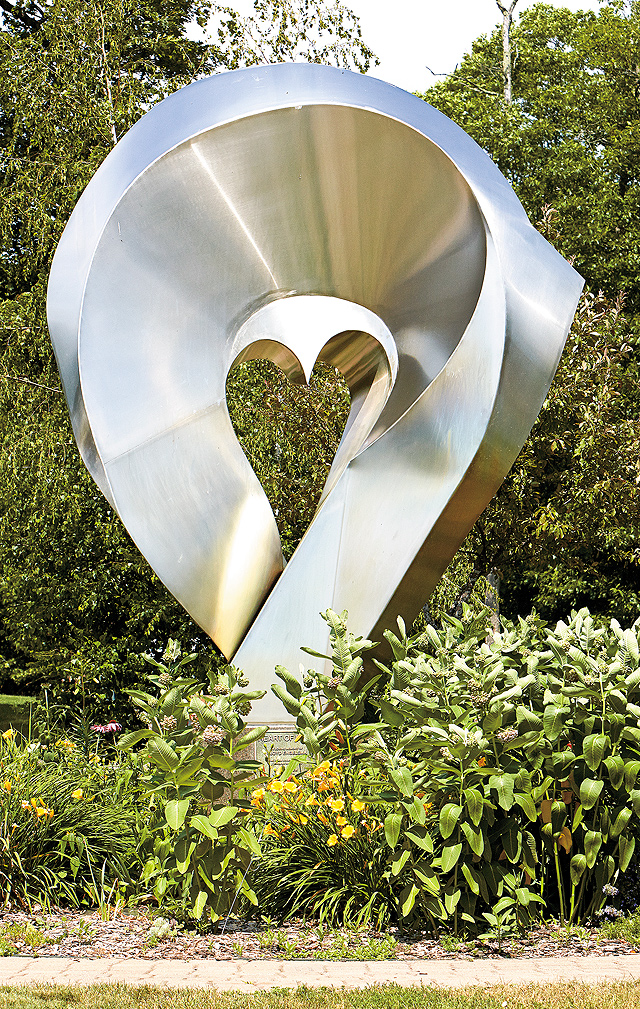 Perhaps the first chance to do this is by attending One Heartland’s celebration and fundraiser during Pride, held at Union’s rooftop. Watch the parade, enjoy some drinks, and raise money for One Heartland.

Pride Viewing Party at UNION Rooftop
Sunday, June 29
10am-2pm
Tickets are $10 and include a free drink
Food, drinks, and entertainment
Call One Heartland to purchase tickets: 612-824-6464