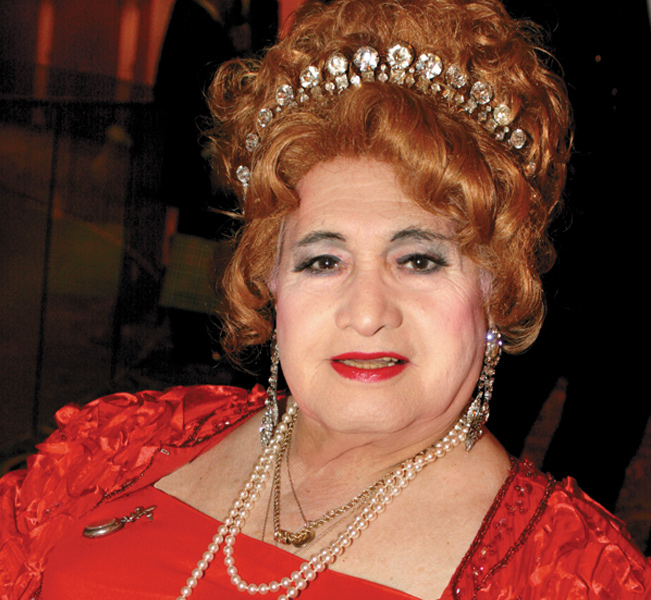 Appropriately enough, José Sarria began his seven decades of GLBT activism in the late 1940s as a drag performer at a famous San Francisco bar, the Black Cat, until it closed in 1964. And like the proverbial cat, he led nine lives over many years as a pioneering community leader.

What follows are some of Sarria’s nine lives. In 1961, he became the first openly gay candidate for public office in the United States when he ran for the San Francisco Board of Supervisors, garnering an impressive 6,000 votes. He cofounded several gay-rights organizations in pre-Stonewall-1960s San Francisco, including the League for Civil Education, the Society for Individual Rights (SIR), and the Tavern Guild.

In 1965, having proclaimed himself “Her Royal Majesty, Empress of San Francisco, José I, The Widow Norton,” Sarria inaugurated the Imperial Court System (ICS). It’s now a charitable fund-raising organization throughout the United States, Canada, and Mexico, of which the Imperial Court of Minnesota, established in 1992, is the local chapter.

Among countless honors, Sarria was the 1999 GLBT Pride/Twin Cities International Grand Marshal in 1999. He was also Grand Marshal of the 1989 San Francisco Freedom Day Parade.

Sarria was legendary for his rapier wit, which reigns throughout The Empress Is a Man: Stories from the Life of José Sarria, by Michael R. Gorman, published by Harrington Park Press in 1998. My favorite: SIR disbanded in 1980, but during a celebration

of the 20th anniversary of its founding, the organizers recognized others from SIR, but ignored Sarria, to which he retorted, “…their memories are as long as their peters.”

Nicole Murray-Ramirez, AKA Nicole the Great, Sarria’s successor as head of ICS, put it best, noting that he was “the Rosa Parks of the gay-rights movement.”