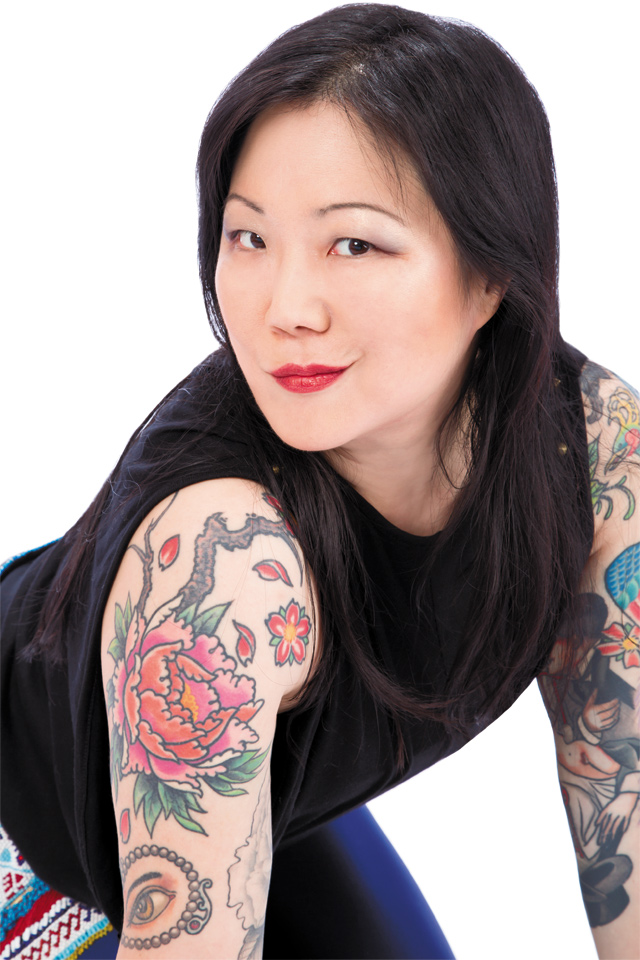 Fresh off her six-season stint on Lifetime’s Drop Dead Diva, Margaret Cho has set her sights on new horizons. Lucky for Minnesotans, that means Cho will be bringing her trademark raunchy, socially relevant, and politically-charged comedy to Orchestra Hall, kicking off the official four-day Twin Cities Pride Celebration weekend.

“It’ll be pieces from my European tour that I just finished doing, some newer things, some music I’ve been working on. It’ll be a lot of different stuff,” Cho said, describing what the audience can expect. “And I’ll have John Roberts opening for me, who I’ve toured with before. I’m really excited, it’s going to be great. I was there not too long ago in St. Paul for Wits, the radio show that I really loved doing as well.”

Cho, who will be experiencing Twin Cities Pride for the first time, is no stranger to pride celebrations. “I love them all!” Cho shouted. “I’ve been attending them for a really long time—since I was a kid. I can remember going to pride celebrations in San Francisco in the ‘70s. I’ve been to them all over the world and each one is great.”

In an extremely nuanced and candid discussion, Cho, whose parents bought a gay bookstore after immigrating to America in the 1970s, highlights the ways in which being a queer woman of color gave her a voice that could face racism, homophobia, and other stereotypes head on.

“Especially for me—because I’m queer, I’m a woman of color,” Cho notes, “somebody that is normally perceived as policing all the things that people say are racist or sexist or homophobic—you can go to a more outrageous place [in comedy] because of your identity.”

As a Korean American woman who has recently been speaking more about her bisexual identity, Cho’s personal commitment to GLBT causes stems from an intimate place. “Having a minority status within a minority status of the GLBT community is something that I like to focus on. Bisexuality is a minority within the already minority GLBT community. Adding another voice of bisexuality to the mix is great for me,” Cho said. “I think that if you’re queer, if you’re a woman of color, and if you do comedy, it’s like your voice is very important—your existence is political—and so I think it’s a really great thing and what I’ve always tried to accomplish, and now that I’m older it’s even more important.”

Reiterating that she identifies as bisexual, Cho added that she is definitely involved with GLBT causes. “It’s also about my upbringing,” she said. “My childhood, and my upbringing within the queer political community in San Francisco, was a big deal for me and had a great impact on me. It’s something that is in my heart and in my history and in my life, and it always will be.”

As a woman of color who also identifies as a member of the GLBT community, Cho is undoubtedly a role model for countless people. But for Cho, the process of coming up with stand-up material comes from a personal journey without feeling the pressure of the external world. Claiming that her comedy and music is influenced by whatever is informing her life at the time, Cho said it’s just whatever “snaps into her mind right then.”

With her signature social critique (most often about race and sexuality), Cho’s parents often make their way into her act. Cho, whose acts famously poke fun at her parents’ lack of understanding due to cultural differences and generation gaps, she chuckles as she says her parents understand gay and straight, but not bi. “That’s very strange to them. That’s sort of a newer thing in their mind,” she says. “They get queerness and everything about that, they just don’t get how someone could desire both genders.” 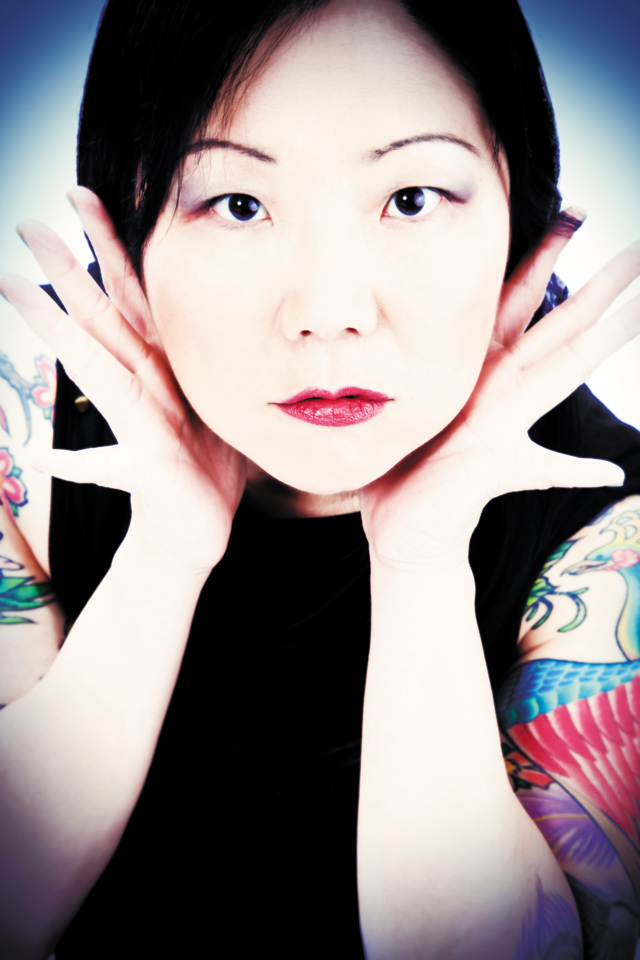 But maybe Cho’s parents are on to something. Cho, herself, said she finds it difficult to assign labels. “They are getting very specific, which is great. Everyone has to decide for themselves; either they want the label or not.” she added. “It’s more of a political decision. It’s a preference. I don’t know how much labels pertain to me—although they are important to my political life, I don’t think about them too much.”

With her time on Drop Dead Diva coming to a close with the end of season six this summer, Cho is quick to say that she is really proud of the show and loved her time spent working on the Lifetime series. “This is my last season there; the status of the show is kind of up in the air, but I’m going to go on,” she says.

Like her character on Drop Dead Diva, Cho is always looking ahead for the next step. Lately, Cho has been working with Tina Fey to create a new comedy series, tentatively titled Cabot College. Having previously earned an Emmy nomination for her guest star work on Fey’s 30 Rock, the pair have reunited.

Of Fey and Matt Hubbard (30 Rock’s writer who will also be writing for Cabot College), Cho said, “They’re just brilliant. It’s powerful to work with people who have so much energy and are just so devoted to comedy, which is so important.”

Cho will play the series regular role of Laura Thibault, the president of Cabot College who made the difficult decision to admit men into the previously all-women’s school. She’s further described as a divisive figure on campus who does her best to welcome the male freshmen, but is often irritated by their antics. But is this a topic that’s right for a sitcom? Cho thinks it is.

“It’s really a lot of different ideas about feminism and these communities that are just women, and what happens when we introduce young, beautiful boys into the picture,” she said.

At the time of press, word was still out on whether or not Fox would pick up the new series, although critics proclaimed it as “in the running.”

Get tickets to Cho’s performance at Orchestra Hall at www.tcpride.org.