Loving and ‘Loving’ in Splendor 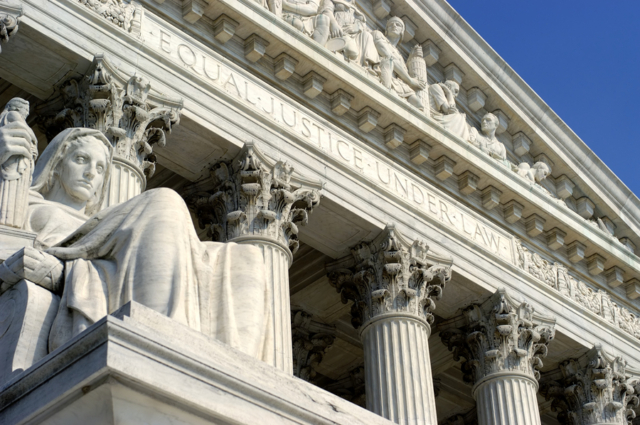 “Love is a many-splendored thing,” runs the song lyrics, and often more splendored than people care to embrace. In fact, over decades, marriages between certain consenting adults have been banned, despite the song’s declaration that “love is nature’s way of giving a reason to be living.”

Today’s Lavender readers are more likely to be thinking of the 2013 decisions that gave same-sex partners the right to marry, bestowing obligations as well on those partners who now pluck that “April rose that only grows in the early spring.”

That last line is somewhat more specific than the “many-splendored,” touted in the rest of the song, since today there are late bloomers as well, bloomers and loves once forbidden to bloom at all. Not too long ago, not only were those joys assumed to be to one man and one woman, but more specifically, one white man and one white woman.

A year short of a half-century ago, June 12,1967, the Supreme Court unanimously struck down Virginia’s law prohibiting interracial marriages as a violation of the Fourteenth Amendment. The story of the appellants, Richard and Mildred Loving, of Caroline County, has been widely told, but now one of the bright spots of November will be the release of Loving, a British-American film starring Australian Joel Edgerton as Richard and Ethiopian-Irish Ruth Negga as Mildred.

Speaking on the 40th anniversary of the Supreme Court’s decision in 2007 she stated, “I believe all Americans, no matter their race, no matter their sex, no matter their sexual orientation, should have that same freedom to marry… I am still not a political person, but I am proud that Richard’s and my name is on a court case that can help reinforce the love, the commitment, the fairness, and the family that so many people, black or white, young or old, gay or straight, seek in life. I support the freedom to marry for all. That’s what Loving, and loving, are all about.”

At her death in 2008, Mildred Loving was survived by two of her three children, eight grandchildren, and eleven great-grandchildren. She didn’t live to see the 2013 decisions, but she would applaud the many-splendored branches of that April rose now attainable by thousands more of her countrymen.