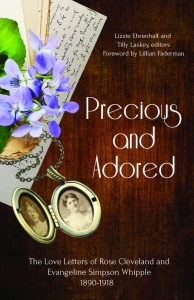 As we approach the 50th anniversary of Stonewall and look back at the astonishing history of the GLBT community both nationally and worldwide, it’s certainly important to acknowledge and appreciate the mountains of queer history found in our own backyard.

Thanks to the Minnesota Historical Society, the voices of queer Minnesotans past and present will be heard in two new book releases from MNHS Press: Precious and Adored: The Love Letters of Rose Cleveland and Evangeline Simpson Whipple, 1890-1909, and Queer Voices: Poetry, Prose, and Pride.

The first publication, Precious and Adored, was released on April 23 and is a collection of love letters between two women in the late 1800s.

“In 1890, Rose Cleveland, sister of President Grover Cleveland, began writing to Evangeline Simpson, a wealthy widow who would become the second wife of Henry Whipple, Minnesota’s Episcopal bishop,” said MNHS Press editor-in-chief Ann Regan. “The women corresponded across states and continents, discussing their advocacy and humanitarian work—and demonstrating their sexual attraction, romance, and partnership. In 1910, after Evangeline Whipple was again widowed, the two women sailed to Italy and began a life together.”

Because of the rarity of Gilded Age GLBT stories such as Cleveland and Whipple’s, finding and assembling these love letters was no easy task.

“Stories as complete as Rose Cleveland’s and Evangeline Whipple’s are rare because people destroy family papers, either wanting to suppress a past or just not realizing the importance of the documents,” said Regan. “In this case, the Whipple descendants who donated the letters in 1969 as part of a larger collection of family papers evidently did not realize they existed. MNHS staff found the letters while cataloging the papers. Fearing they would become ‘the subject of titillation’ because they showed that ‘a lesbian relationship existed between the two women’, the staff kept them hidden.”

The second release by MHNS Press, set for release on May 1, is Queer Voices, the latest in a series of collections of fiction, nonfiction, and poetry created by local GLBT authors. This time around, 44 Minnesota GLBT voices breathe life into this volume of culturally and historically important queer literature. 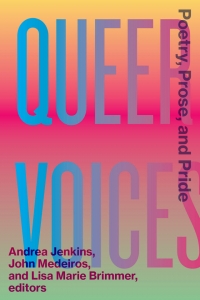 “Since its beginnings in 1993, the Queer Voices reading series has featured both emerging and established Minnesota-based writers of the LGBTQIA+ community,” said Regan. “With a track record of more than twenty years, the series has become a national model and one of Minnesota’s most important literary institutions. It is reputed to be the longest-running curated queer reading series in the country.”

The voices within the book affirm the significance of civil literacy and the power of vulnerability, says Regan.

“This anthology features writers who have read as part of the Queer Voices, the longest-running curated queer reading series in the country,” said Regan. “John Medeiros and Andrea Jenkins have directed the series since 2005; Lisa Marie Brimmer joined them in 2016 to recruit even more diverse voices in the LGBTQIA+ community. Their good work in seeking out excellent writers helps others to come forward.”

In addition to these new releases, the Minnesota Historical Society has been working hard to support the local GLBT community in other ways.

“In May of 2018, MNHS launched its first Employee Resource Group (ERG),” said Regan. “The Rainbow ERG provides a mechanism for education, consultation and inclusion around queer identities, perspectives and history at MNHS. The group identifies issues, provides insights on projects and activities, and offers opportunities for MNHS staff to engage in queer education and advocacy.”

In addition, the MNHS created a page on their website dedicated to GLBT resources, which can be found at www.mnhs.org/lgbtq.

In addition, the MNHS Gale Library Lobby will host an exhibit commemorating the 50th anniversary of Stonewall this summer, featuring a wealth of GLBT historical materials, including those from Stonewall.

The book launch for Queer Voices will take place on May 14 at the Target Performance Hall of Open Book. For more information on the event, visit www.mnhs.org/event/7163. Precious and Adored is now available for purchase at shop.mnhs.org.