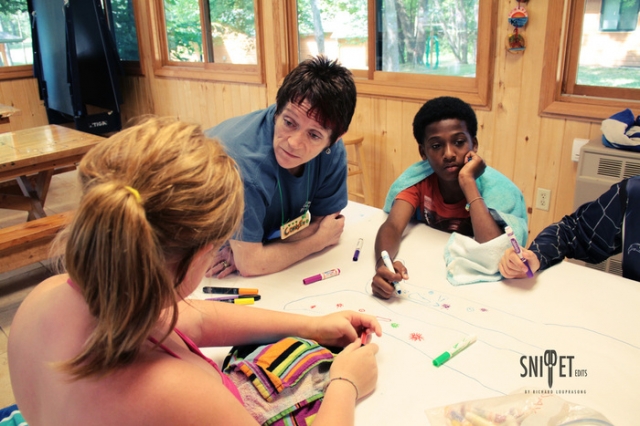 Mid-Continent Oceanographic Institute
Youth Programming
Deadline: October 9
www.indiegogo.com/projects/moi-needs-your-help-join-the-expedition
Many readers may be familiar with Mid-Continent Oceanographic Institute’s mission from Lavender’s last School’s Out issue (read about them here), but the institute is on a new mission: to raise funds to transform its tutoring and creative writing center to deliver engaging programming for youth. MOI’s mission is to help under-resourced Twin Cities youth navigate the complex world of learning by providing a wide variety of FREE educational services including daily tutoring support, creative writing workshops, storytelling and publishing field trips, and in-school partnerships.

Last year, MOI served over 500 students with 1500 hours of one-on-one services with the help of 144 volunteers, but the work is far from over. According to the U.S. Department of Education, Minnesota (notably the Twin Cities) has one of theHIGHEST achievement gaps (the difference in student achievement between white students and students of color) in the nation. With the funding from this project, MOI will expand programming and convert the current space into a classic 1970s Ocean Laboratory (periscopes and all). MOI says, “We aim to be the premier sea research center in the midwest! We need this aquatically interesting space to further communicate the MOI identity and encourage the creative thinking of our Twin Cities students.”

Putting the Ribbon Back On
Documentary
Deadline: October 9
www.kickstarter.com/projects/1033853418/putting-the-ribbon-back-on-documentary
From the creators of Face Off HIV comes a new documentary project about Connie, a woman with HIV who establishes a camp for families infected and affected by the disease. The title, Putting the Ribbon Back On, is a phrase the documentarian saw on a sign at a camp for families affected by HIV/AIDS – the camp that Connie built. She created Camp Benedict, an educational/recreational summer camp for households who are infected or affected by HIV/AIDS. During the 20 years of the camp’s existence, Connie has found the strength and grace to love, inspire and comfort those who similarly suffer. The film is currently in post-production and seeking funds to support editing (sound design, color correction, scoring, DVD/Blu-ray authoring) and festival fees.

The conversation on HIV/AIDS needs to start again and be brought back home. It can’t be seen as just some disease prevalent in developing countries or among certain minority groups. Nor should advances in treatment of HIV/AIDS lessen the gravity of the disease or precautions taken to prevent infection. Putting the Ribbon Back On is part of this renewed conversation. But rather than inundate people with alarming, clinical statistics, Putting the Ribbon Back On conveys an emotional impact within the familiar setting of families at a summer camp. While the film is valid to a general audience, producers hope to especially target families impacted by HIV/AIDS as well as young people who are less aware and more at risk of contracting the disease.