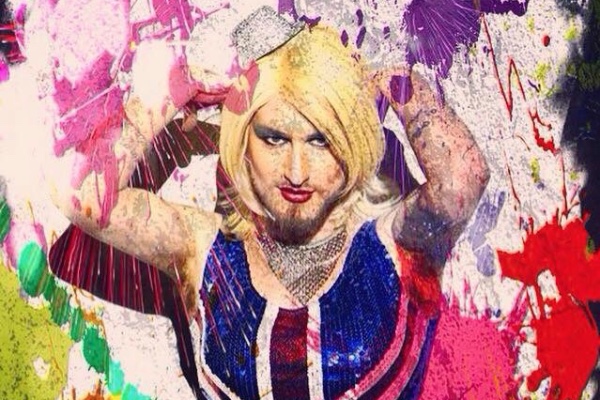 Pride of Indiana
Indiana’s Religious Freedom Restoration Act Mockumentary
Deadline: August 10
Kickstarter
Minnesota native Levi Austin Morris is heading a group of independent filmmakers on a project called Pride of Indiana, a mockumentary which offers a satirical treatment of the effects of Indiana’s Religious Freedom Restoration Act on the residents of a small town. The film follows Samuel Hicks, a recently out Hollywood star, as he returns to his hometown in March 2015 with a documentary film crew in the hopes of bringing attention to the new legislation (or at least to himself). However, it quickly becomes clear that he’s in for a very different homecoming than the one he was expecting. While the law may be amended, one thing’s for sure: this town will never be the same.

“Fireball”
Harrie Bradshaw’s new music video
No Deadline
GoFundMe
After receiving a great response to the first video for “Best Party Ever,” Harrie Bradshaw is back! Seeking help to turn the song “Fireball” into a video, Harrie says, “I want everyone to be in it! My friends are a very important part of the making of this video, and I want as many of them in it as possible. This time around though, we are potentially shooting in Forest Lake, MN. Because this will be an all day shoot, we are going to need to provide food, water, and help with the travel of all of the extras. Anything helps.”

A Buzzfeed listing cited Harrie Bradshaw as a “bearded drag queen on the rise,” whose music is bound to get stuck in your head. Catchy in the style of a LMFAO song, Bradshaw’s first video, “Best Party Ever” is a terrific satire on the social networking society: those who can’t go 30 seconds without posting something on Facebook or Instagram. Don’t blame us if it gets stuck in your head (Spoiler: It probably will).