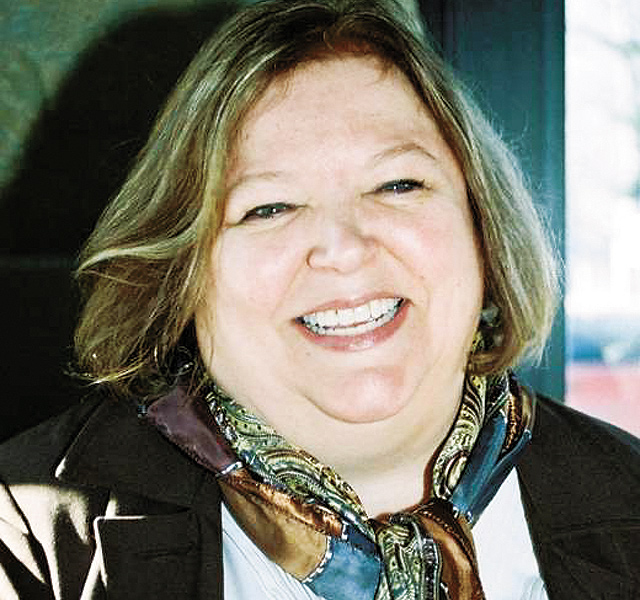 Metropolitan State University
Master of Public and Nonprofit Administration
Dot Belstler, a “soccer mom from Anoka,” is simultaneously preparing to walk across the commencement stage and set the stage for Twin Cities Pride, one of the largest LGBTQ celebrations in the country. Dot is a graduate student in Metropolitan State University’s Master of Public and Nonprofit Administration (MPNA) program and is currently the Executive Director of Twin Cities Pride. She decided to go back to school feeling “it was something undone” and sees her degree as a platform for acquiring tools to strengthen Twin Cities Pride as a nonprofit organization. As Executive Director, she can touch thousands of lives, creating inclusive spaces for celebration, advocacy, and community-building across LGBTQ and allied communities. Since she took leadership in 2010, Dot has strengthened the governance and strategic planning infrastructure of the organization, increased the inclusion and accessibility of and for diverse LGBTQ communities, and strengthened community partnerships. She sees Pride as a year-long opportunity for community outreach and prides herself on holding corporate partners accountable using the Corporate Equality Index. Thanks to community and corporate partners and a team of more than 30 volunteers, the Twin Cities boasts the largest free pride festival in the country. Dot’s motto “Do what you love” is something she offers to others making their way out into the real world, and something she lives and breathes in her daily life. For LGBTQ graduates (re)entering the field of work, Dot states: “Keep an open mind. You don’t know what you’re capable of doing until you do it.” Dot’s heart is with nonprofits as they can make more of a difference and she has proven that if you love what you do, the possibilities are cast in every color of the rainbow. 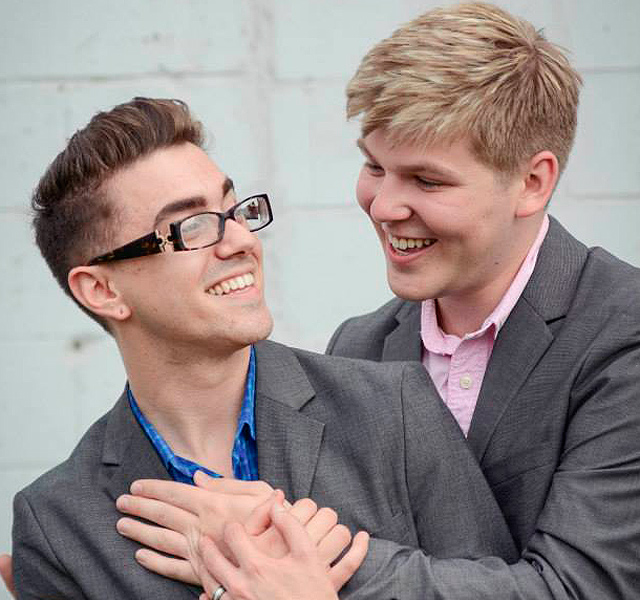 Minnesota State University, Mankato
Political Science
Wil Bernstrom is a force to be reckoned with. This political science major has been a pivotal GLBT leader on campus and in the Mankato community. In 2012, Wil formed the student group Mavericks Vote No in response to the anti-equality marriage bill. Under his leadership, students from all over campus came together to organize with Minnesotans United For All Families by making phone calls, canvasing the campus, and increasing student voter turnout. Ultimately, the hard work of Mavericks Vote No resulted in an increase in student voter turnout from 17% in 2008 to 48% in 2012, thus making the students a vital demographic to the amendment’s defeat. But his work did not stop with Mavericks Vote No. Following that campaign, Wil organized the student group SAGE (Sexuality and Gender Equality), which focused on issues like creating more gender-neutral restrooms/spaces on campus and removing Chik-fil-A from the campus food court. He produced and directed a staged version of Dustin Lance Black’s play 8, which helped to educate the campus on the case for marriage equality. But perhaps most importantly, he served as a peer mentor to numerous students who were struggling to come out and be their true selves. Wil’s spirit and charisma are inspiring to his peers; he not only helps students who are seeking the courage to come out, but he motivates people to get involved and take on leadership roles. After his graduation, Wil is looking forward to continue his work to see that progressive candidates, who share his values of justice, fairness and equality, continue to be elected to the governments that serve us. He is also looking forward to marrying his partner, Bryce, later this year. 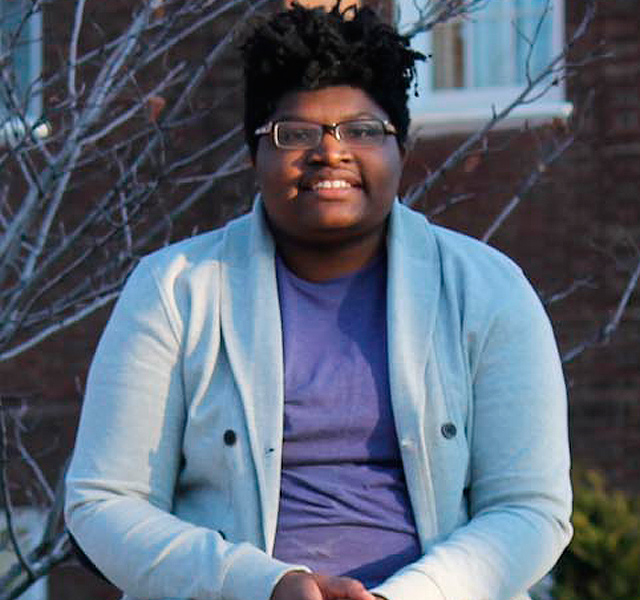 Macalester College
American Studies and Women’s Gender Sexuality Studies
Originally from New Jersey (central Jersey to be exact), Raynise Cange has found a home for herself in the Midwest. She says, “Despite always telling my friends that I don’t like NYC, it warms my heart that, if I go home, there is a chance that I could possibly find a queer community like the one I have built here.” After spending time at Macalester and not seeing many queer people of color (QPOC), Raynise ventured from Snelling and Grand to different QPOC spaces at the University of Minnesota, such as Tongues Untied, and queer spaces in Minneapolis, most which happen in the wonderful Cafe SouthSide. Raynise also spends her time volunteering at Minnesota Transgender Health Coalition’s Shot Clinic and plans to become part of Trans Youth Support Network. As a part of her senior capstone, Raynise started a blog that talks about love in all capacities for women of color and QPOC, which has become a major focus. “As a graduating senior, I am trying to learn the balance of living life in a practical way that pays bills and a radical, soul-pleasing way that keeps me happy and sane,” she says. “Currently, my plans are to enjoy life and define what happiness is and what actions lead to that state of mind.” For undergraduates, Raynise recommends finding time for yourself and doing the things you love. “There is no reason to be apologetic about carving out time to be with yourself and enjoy who you are. If I could do anything over again, I would probably spend more time writing poetry and short stories because that’s when I am at home with myself.” 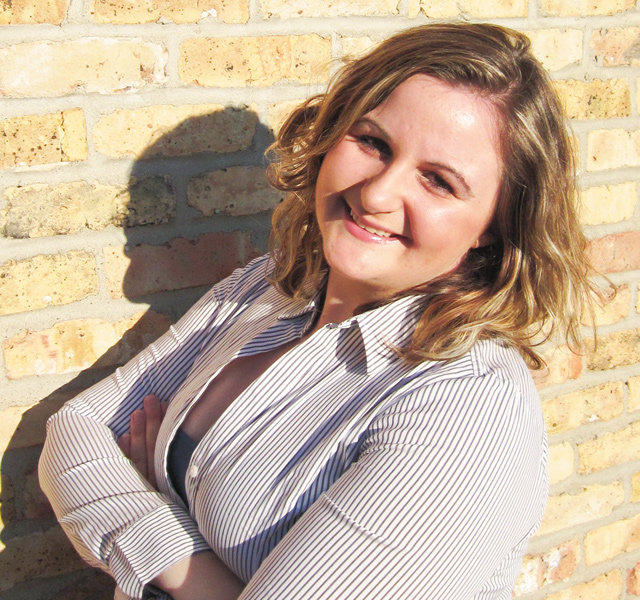 Metropolitan State University
Gender & Sexuality Studies
Natasha Chapman is no stranger to hard work and perseverance. As a first generation and transfer student with multiple jobs and high excellent academic marks, she is accustomed to wearing multiple hats. Natasha is currently the vice president for Lavender Bridge, a longstanding GLBTQ student organization at Metropolitan State University, as well as a student assistant in the Gender and Sexuality Studies Services Office on campus. If you would have asked Natasha early in her career as an advocate, she would never have envisioned herself in any leadership roles, let alone two at a time. This experience has helped her to move supporting GLBTQ and womyn’s work from behind the scenes to a very visible presence on campus. These experiences have enabled her to find her inner voice and allow the work to continue on for future generations. Natasha’s next role is a transition to graduate student. She will begin a Master’s program in Gender and Women’s Studies at Minnesota State University, Mankato in the fall and hopes to further her exploration of feminist theory, gender literacy, and GLBTQ rights movements. Natasha hopes the program will provide her tools for social advocacy to help young girls and GLBTQ communities combat stereotypes in their daily lives, particularly those portrayed in the mass media. Natasha loves the interdisciplinary approach to gender studies and is interested in portrayals of gender and GLBTQ identities in popular culture and the intersectionality of identities. For those graduating this year, Natasha offers some insight: “Don’t let others’ perceptions of you stop you from reaching your goals.” 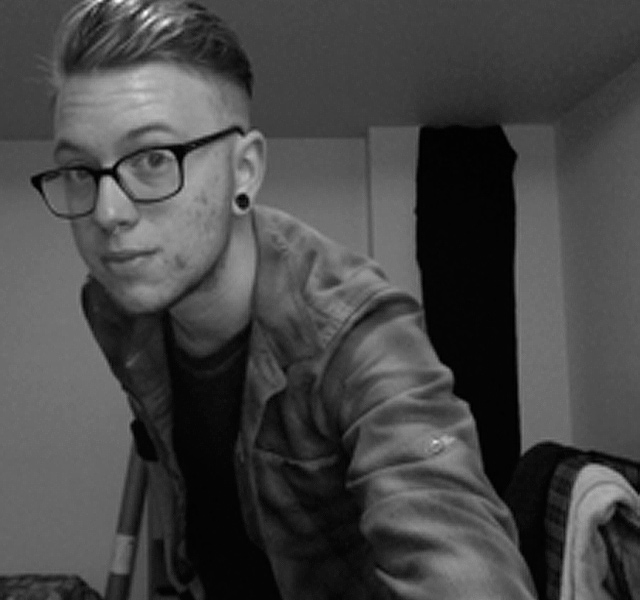 University of Minnesota, Twin Cities
Youth Studies
Cooper (Coop) Laikind hails from Troy, Michigan and Swannanoa, North Carolina. After graduation they hope to devote time to becoming a person with hobbies, e.g. making music, pleasure reading, and going on long bike tours across the country. During their time in the Twin Cities, Coop has worked at Family Tree Clinic as a health educator and clinic assistant. Along with other dedicated staff, they worked towards creating a safer and more respectable clinic for  trans* and gender non-conforming patients. Coop has also been an active Leadership Team member and Co-Chair of the University of Minnesota Transgender Commission, a body of University affiliated persons working for equity and access of all gender identities and expressions. Through their youth work, Coop has also had the ability to mentor gender non-conforming young people and would like to continue to do similar work after graduation. For future graduates, they recommend finding and/or creating a community of people who advocate for and support one another. 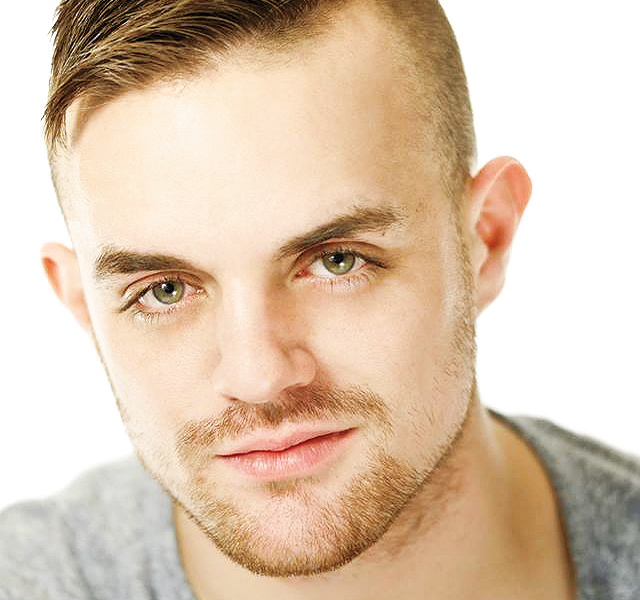 University of Minnesota, Twin Cities
Chinese, Literature and Political Science
Originally from Wisconsin, Cainon Lewis spent most of his youth growing up in Albertville, Minnesota with his two moms. Cainon’s interest in Chinese language and politics began as a high school student, but he ended up learning German and French while in Europe before pursuing his interest in all things Chinese. Now, Cainon studies Chinese language, literature and political science at the University of Minnesota all while being a part of the Army ROTC program on campus. Throughout his college career, Cainon has been involved with the ROTC program and has benefited greatly from their teachings in how to be a leader, which Cainon says is a skill transferrable elsewhere in the cadets’ careers. Along with the ROTC program, Cainon volunteered time to the GLBTA Programs Office on campus. Together, Cainon and the GLBTA Programs Office created a program with ROTC to teach soldiers what it means to be queer and in the military, which was something that he struggled with greatly before creating this program. “Teaching helped me become more open and accepting with myself as well as allowed others to understand me,” Cainon says. “The program also shows those soldiers who have or had not come out that it is ok and we’re all a family. It’s been a successful program which allows me to be a mentor to those cadets who have come out and help them when they need it or provide support.” After graduation, Cainon plans to move to Seattle to work for Amazon or another Fortune 500 working in Chinese relations. In addition, Cainon also plans to create more queer training for ROTC and build connections between campuses in the western states. The advice Cainon has for GLBT undergrads is this: (1) Be yourself and love yourself no matter what. If you have to hide, it makes everything harder in life. (2) Create your own family of amazing people. (3) Take every opportunity you can get. College is the time to do and see as much as you can. (4) Make mistakes. We all do it, but now is the time to. This is where you learn. (5) Fall in love as many times as you can. You’re young and you’ll fall in love easily with whoever you’re dating. If it ends, so what? Take those lessons you’ve learned and apply them to your next relationship.