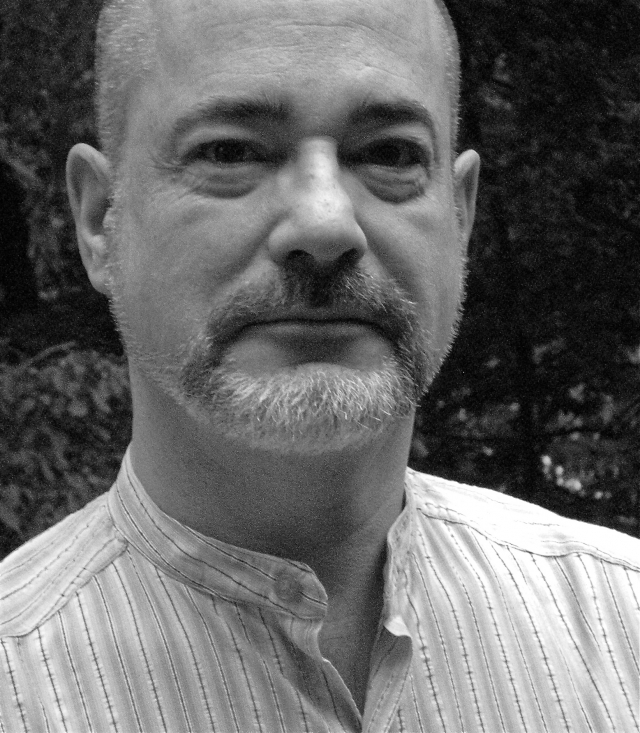 Dr. Mic Hunter is a licensed marriage and family therapist and psychologist, practicing in Saint Paul. In addition to Back To The Source: The Spiritual Principles Of Jesus, he is the author of Honor Betrayed: Sexual Abuse In America’s Military, both of which address the civil rights of women and GLBT people.

Hunter sees himself as being at the top of the food chain because he is a white, college-educated, heterosexual man. He further defines himself as a fan of Jesus, although no longer a Christian. He and his wife of 29 years expect their marriage will remain intact even when same-sex marriage is permitted in Minnesota.

Hunter spoke recently with Lavender concerning the uses and abuses of religion–manipulating the words of Jesus in particular–to prevent GLBT citizens from obtaining equal civil rights. His findings are particularly relevant in light of the marriage amendment to be determined on Minnesota’s November 6 ballot.

You point out that the quoted words of Jesus in the New Testament run to about 2,000 words or less (and, of course, none the Old Testament) so what are Christians really trying to do when they use the phrase, “The Bible says…” when arguing against granting gays equal rights under civil law or to keep women “in their place”?

When somebody makes the claim, “It is in the Bible,’ I always ask, “Where exactly–the Ten Commandments, the Old Testament, the New Testament?” Usually, people admit they don’t know, but they are sure their claim is based on Biblical text because somebody else told them that it was. Even those people who can quote a passage from the Bible are stumped when I ask them, “Are you quoting Jesus or somebody else?” Many people are surprised to learn that the words ‘homosexual,’ and ‘gay’ have not appeared in any translation of the Bible until very recently.

And the fact that Jesus himself says nothing about homosexuals. Why is that lack of comment never mentioned by those using religion to withhold rights, or dismissed if it’s brought to their attention?

None of the texts ever found that make up the Books of the New Testament contain a single word spoken by Jesus on the topic of same-sex relationships. When I make presentations on this topic I announce, “I will now quote every single word known to have been spoken by Jesus on the issue.” Then I stand there in silence. I prefer to limit my understanding of his teachings to the material actually contained within the New Testament.

Jesus is quoted in eighteen verses on his stand against divorce, but not a single verse on same-sex behavior is attributed to him, yet divorce gets much less negative attention than the issue of homosexuals. What’s more, when the topic of divorce does come up, it is never discussed in the hateful tones that are used when discussing gays. The divorce rate among the most conservative Christians is significantly higher than the divorce rate for less strict faith groups:

Furthermore, the divorce rate for both agnostics (those who believe it is impossible to prove or disprove the existence of God) and atheists (those who don’t believe in God) is the same as the lowest rates for Christian marriages (21%).

With these high rates of divorce, what motivates some Christians to spend so much of their time, energy, and money trying to prevent the one percent of the population that is gay from marrying while twenty-one to thirty-four percent of Christians are going against the teachings of Jesus by divorcing?

The aim of Back to the Source is to examine, as the subtitle states, “The Spiritual Principles of Jesus,” and in great part, they boil down to: help others–the needy, those who can’t fend for themselves–to the best of your ability and your resources. How would Jesus react to the recent news story of the church food bank that closed because it was attracting too many poor and street people?

Jesus had a reputation for spending time with outcasts. The Jewish society Jesus was born into was highly restrictive, and there were many rules about having social contact with those who were unclean meaning those who were not strictly following the hundreds of religious rules that addressed every aspect of behavior.

According to the gospels, Jesus interacted with unmarried women, non-Jews, lepers, criminals, all kinds of people the rest of his society considered outcasts. The best predictor of future behavior is one’s past behavior, so if Jesus were here today my guess is he would be working to assist AIDS patients and people in homeless shelters, and prisons; in other words, the outcasts of our society.

What are the Spiritual Principles of Jesus that you draw from his words and discuss in your book?

Your relationship with God; Treat others the way you want God to treat you
God is good
Your relationship with others;
Treat others as you want to be treated
Focus on your behavior rather than on the behavior of others
The wellbeing of others is more important than following rules
Focus on a person’s humanity rather than rank or status
Be compassionate
Serve others
There are no people unworthy of our loving attention
We are all one people
Forgive others
Act on your beliefs; faith alone isn’t sufficient
Use non-violent resistance to fight injustice
Be loving and love your enemy

How do you use this understanding of Jesus’s words and principles to talk with someone who will/can only repeat, “The Bible says…” and then asserts something that Jesus does not say in the Bible?

I have said on many occasions when someone misquotes the Bible or make a false claim, “You must be reading a different Bible than any of the ones I have read. I can say with absolute confidence that in fact the Bible not only doesn’t say what you are claiming, but actually says the opposite!” If that person is open to a respectful discussion on the issue, I am happy to do so, but if he or she isn’t open, I am still glad I took a public stand.

Your chapters end with question sections. Have you personally taught the book using these study sets? How do readers generally react to them?

I included the questions to encourage readers to stop and think about what they had read. I know of secular book clubs that have read my book [as well as] Bible study groups who have used it to promote discussions, lively at times, I have been told.

I work with clients from all backgrounds; one Evangelical couple decided to read it to one another and answer the questions as they drove across the country to visit their adult children. Every few days, they would leave me a phone message, ‘We thought we knew everything there was to know about Jesus, but we are finding out that we haven’t been told the whole story by our church leaders. We are getting so much closer to each other on a spiritual level after answering these questions. We have sat next to each other in church for years but never made effort to talk to one another about our personal beliefs.”

A central issue today is that religion is being used more frequently and more aggressively as a means to continue to devalue women and to deny civil rights to GLBT individuals. Would you speak to this concern?

The Bible has long been used to justify mistreatment. The fact that both the Old and New Testaments contain references to slavery was cited by Americans to ‘prove’ that God thought enslaving an entire race of people was acceptable. In Ephesians (96:5) Paul—not Jesus—wrote, “Slaves, be obedient to those who are your earthly masters, with fear and trembling, in singleness of heart, as to Christ.” Now most of us don’t think slavery is moral, but there are still many people who think that repressing women and GLBT people is doing the work of God.

I find it particularly disturbing that so many African-Americans, whose ancestors’ enslavement was justified with Biblical verse, can now justify the mistreatment of GLBT people and women in general. It would seem that Blacks would understand the importance of civil rights. It was only a few years ago that it was illegal for Blacks and Whites to marry. From the time of Jesus up to now, there have been all sorts of things that were considered immoral at one time, but over the years have become accepted by the general public and Christians; for example autopsies, vaccinations, blood transfusions, organ transplants, artificial insemination, and in vitro fertilization. History suggests that at some point in the near future, homosexuality will join this list.

I discourage anyone from basing their understanding of the teaching of Jesus on any one or two passages. I believe the best way to understand what he was trying to teach is to look for themes, ideas that are repeated with a gospel and between the gospels.

Many of my clients are recovering addicts of one kind or another. When they attend Twelve Step-based support groups such as Alcoholics Anonymous or Sex Addicts Anonymous, they have to examine the role spirituality will play [in their lives]. Likewise, those who have been sexually abused by clergy have been damaged spiritually by the abuse. Then there are those who have been shamed by intolerant people who use religion to justify their discrimination. I help all these wounded people to create and utilize a personal spirituality, one that is practical and empowering, rather than punitive and shaming.

Religion is what a group of people believes; spirituality is what an individual believes. I tell my clients, “Don’t let somebody else’s understanding of religion interfere with your spirituality. You are the world’s expert on your own spirituality, nobody can tell you what you have to believe or can’t believe.”

And, once again, what to do when you find plain-out lies? Joe Fox’s documentary Question One concerning the 2009 Maine vote showed the right lying on their TV ads, and now the same ad-maker is working in Minnesota to pass the upcoming marriage amendment.

I just spent a week hiking in Utah with a gay couple that have been together for decades and are both psychotherapists. I asked them, “What’s the most important thing a psychotherapist needs to know in order to assist GLBT clients?” They both immediately responded, “An understanding of how religion has been used against them, and how to help them recover from that abuse.”

Most Americans are merely ignorant or misinformed on these matters, but there are people who have accurate information, but choose to lie instead. When interacting with these people, I don’t argue about the content of what they are saying—I go right to the heart of the problem: “What you are staying is false, and you know that it is false. That means you are lying, and it is that kind of hypocritical behavior that gives religion a bad name.” 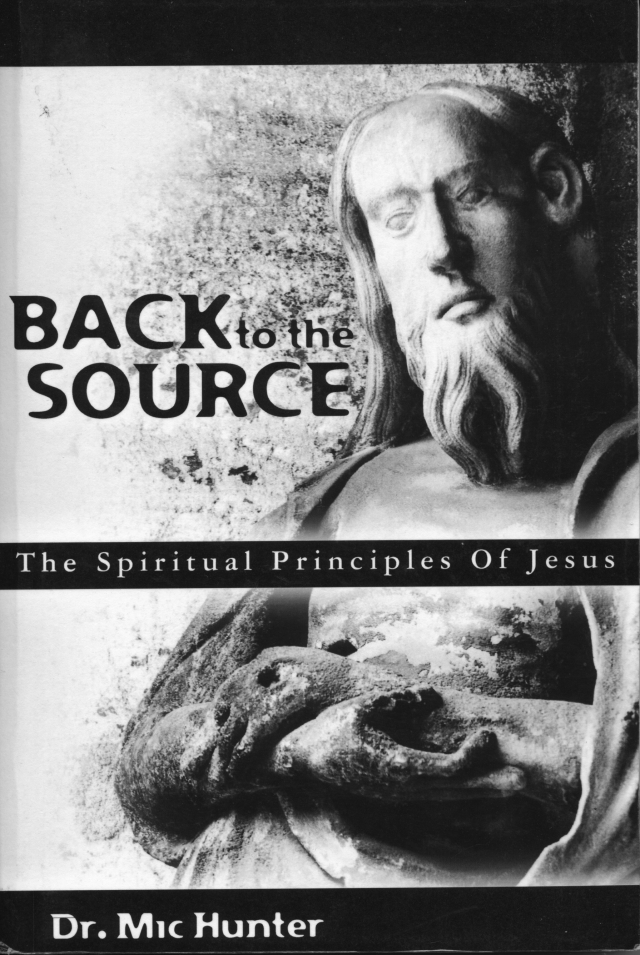 Usually, like all bullies, when someone stands up to them they don’t know what to do. The best way to counter these lies is to have an accurate understanding of the teachings of Jesus so one can confidently take a public stand in a meaningful way.

For more information visit www.DrMicHunter.com
Back to the Source: The Spiritual Principles of Jesus is available at www.amazon.com.