Graduation: Into the Wild Blue Yonder

Despite current weather forecasts, spring is in the air. The birds have started chirping and, between uncharacteristic April snow storms, patches of grass are growing green. For college students, this signals the end of another school year and, for some, the end of an era. Graduation is a mere three weeks away and the future looks daunting. It’s a fear of the unknown. What’s next? After spending sixteen years in a school setting, it can be heart-wrenching to say goodbye to that chapter of life and hello to the “real world.”

The University of Minnesota’s GLBTA Programs Office has prepared its student patrons for just this situation. The office sponsors workshops to discuss ways in which a more inclusive environment can be fostered within the university, which hopefully would then transfer outside of the university setting into the workplace as well.

Jason Jackson, the assistant director of the GLBTA Programs Office, says “we’re the stop where you come in to find a list of different resources.” One example he offered was a relationship between his own office and the university’s career services. “We connect students with career services, who we trust will take care of that person. They’ll be able to say ‘OK, I recognize this person identifies as GLBT’ and will act appropriately.”

Before students leave the university, the GLBTA Programs Office works to educate them on how the world operates. “It’s not all sunshine out there, you have to be realistic,” Jackson says. “Sometimes you have to get out there and advocate for yourself.” Jackson stresses that although a lot of groundwork has been completed, society still has a long road ahead, with GLBT-identified people as their own best advocates.

A motivating effort from Jackson’s office for students is a mentorship program. A faculty or staff member is connected with a student who identifies as GLBTA. According to Jackson, they will meet periodically throughout the year. “This is so they can build a relationship so the student can ask those hard questions,” he says. “This brings out the piece about building a community, which is ever more important.”

Focusing primarily on undergraduates, the GLBTA Programs Office works to ensure students are equipped with necessary skills to thrive outside of the university. Jackson mentions the office as being centered on education. “Be it education around talking about gender identity or sexual orientation in addition to race, class, and other intersections,” he says. The office works with students to help them develop their skills to be able to discuss these difficult topics within the workplace as well as within their personal relationships. 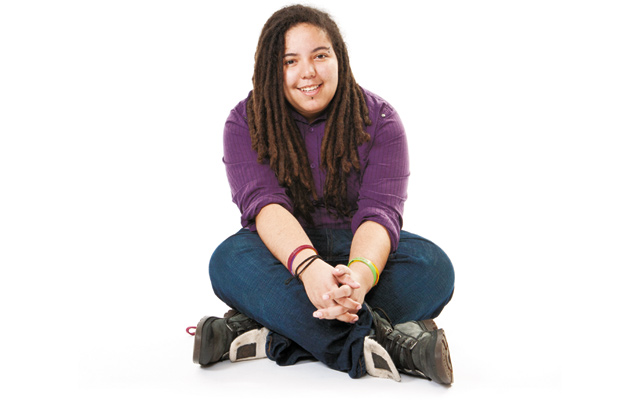 Born and raised in South Minneapolis, Felicia Pruitt Brown knows these intersections first-hand. Growing up biracial as well as a queer woman, Brown has grown into the self-described role of “an artist, a nerd, and a sometimes activist.”

Attending the University of Minnesota, Brown has pursued a graphic design major and tacked on an English minor – but the involvement with campus life doesn’t stop there. Brown has been involved with various LGBTQ student groups on campus. “I really love Tongues Untied because it gives queer people of color a space to come together and just talk about some of our experiences,” Brown says.

For any GLBTQ student, Brown suggests getting involved. “Being LGBTQ is like being in a sorority/fraternity sometimes,” Brown says. “It’s not until college that I really realized how connected everyone is, it’s like a giant second family. Meet lots of people, have fun, and try to figure out how to do whatever you want to do with the rest of your life.”

For most college students, these relationships are formed within the residence halls. Brown lived in Lavender House, a GLBTA-centered living community at the university. “You come into a dorm situation not knowing who you’re going to end up living with,” Brown says. “It’s awesome to know that the people around you will at least be supportive of your LGBTQ identity.”

What awaits Brown after graduation? The possibilities are endless. “I feel like I’m lucky because a lot of people are kind of directionless when they graduate, but I love design and all the possibilities that it entails,” Brown says. “I guess but I’m cautiously optimistic. It’s a little terrifying because I know a lot of things are going to change but there’s nothing else I’d rather be doing right now.” Currently, Brown is serving as a communications and graphic design intern at OutFront Minnesota and plans to stay on after graduation. 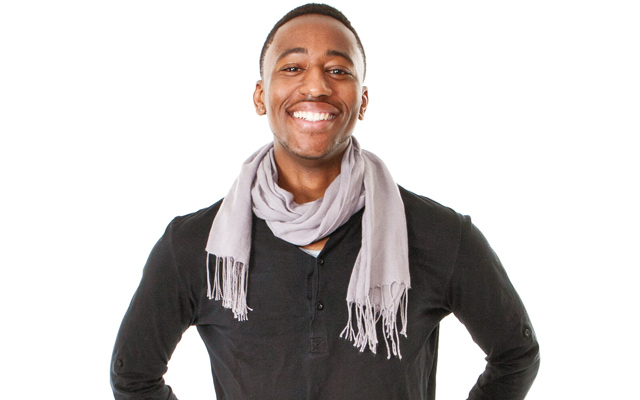 As a graduating senior at Macalester College in St. Paul, Ricardo Millhouse is a long way from home. Originally hailing from Mobile, Alabama, Millhouse decided to attend school in Minnesota for a new experience and the need to find his voice. “Upon my arrival, I gradually learned how to express myself and feel comfortable in my own skin,” he says, “which is something I could not imagine in a place where gay men were shunned.”

The American and urban studies senior reflects on his southern upbringing: “Throughout my college career I found myself asking, ‘Would I be the same person I am today if I went to college in the South?’” It was this question which led Millhouse to apply to graduate school and pursue a PhD at Syracuse University. According to Millhouse, he’ll be exploring how place and class politics dictate or influence the black body in the American South, particularly black, queer men.

As Millhouse puts the finishing touches on his undergraduate career, he expresses a deep personal impact felt from personalities, politics, and cultures from all walks of life. Four years ago, Millhouse took a leap of faith moving across state borders and leaving his home behind to find his own voice. “My desire to become a voice to those who have been silenced in the South due to their sexual identity emerges from the risk I took four years ago,” he says.

For undergraduates, Millhouse is a firm believer of an ongoing learning process. “Never think twice about learning from every experience, bad or good, and learn from anyone you meet,” he advises. Living for yourself is another tenant of Millhouse’s beliefs. “Seek and live your truth, in spite of opposition!” 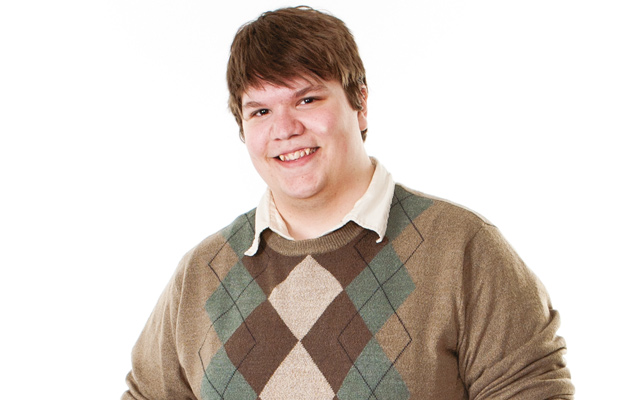 Growing up in a small, rural town in north-central Minnesota is certainly not the fairy tale life any GLBT person would imagine for themselves, yet that is where my story began. Fortunately, my upbringing didn’t involve much in terms of bullying or feeling out of place in high school, but that didn’t stop me from wanting more. Like many before me, I dreamed of a big city way of life. With Minneapolis as a backdrop, I began my studies at the University of Minnesota in journalism and African American and African studies.

I was not involved with student groups or the GLBTA Programs Office as an undergraduate. Instead, I found solace in writing. Contributing to Lavender Magazine has allowed me to feel that much-desired connection to the GLBT community and meet amazing people that I would not have been able to were it not for this opportunity. Journalism, for me, was the perfect avenue through which I could not only express myself but also connect to the movers and shakers that I would have otherwise admired from afar.

And so, to any undergraduates, I say that your outlet doesn’t have to be a student group or getting involved on campus at all. I know all of the fliers and brochures advocate for it, but why not be unconventional? For you, your calling might just be off campus through some other avenue just waiting for you to explore it. Put on your shoes, grab your coat, and discover what the city has to offer.

As I look forward to graduation, I am relieved that the end is in sight, but also terrified of the unknown abyss that I stare out into. At this point, I haven’t the slightest clue what the future holds for me. Strangely, I’m OK with that. I’ve got my seat-belt on and I’m ready for this wild ride called life.