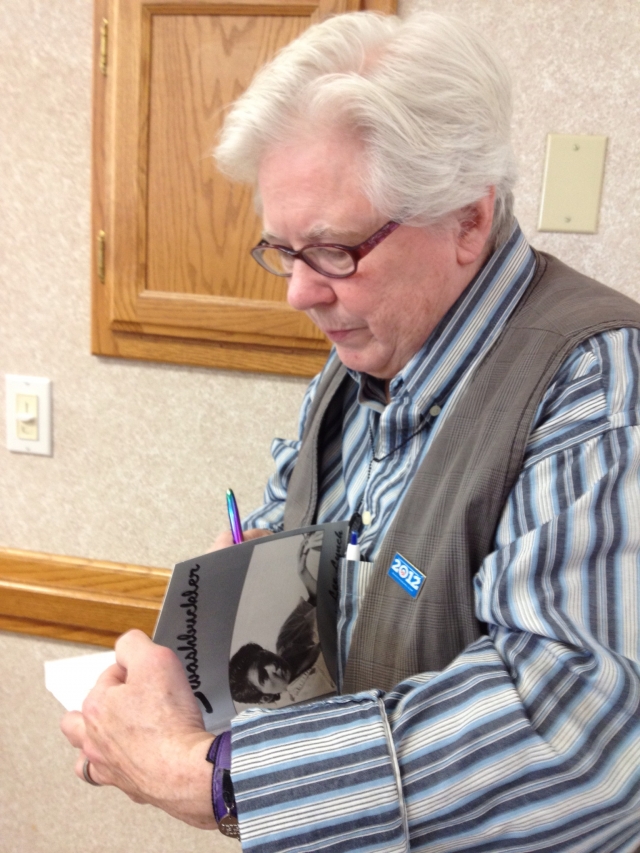 The phrase “Freedom Fighters” (and “Trailblazers”), says Executive Director Patty Schramm, applaud the “great wave of rainbow colored books” we are enjoying today primarily due to “those wonderful women who were brave enough not to have the lesbian commit suicide or ‘go straight’ at the end of the book.”

The Society, explains Schramm, who is also the Conference Director, was conceived in February, 2004, “to support promote and encourage lesbian literature.” Schramm herself has been a volunteer–all GCLS positions are volunteer– since 2005.

Schramm, who writes under Pat Cronin (Soul’s Rescue) also emphasizes that “GCLS is a cohesive group of people that is passionate about lesbian literature. We want GCLS to be the place to be for authors, readers, winters, editors, graphic artists–anyone in treated in lesbian literature.

GCLS places great emphasis on education in the lesbian community, and using community to market members to one another. “We all network,” notes Shramm, “all over the world. Of the 150 attendees there were participants from Australia, new Zeeland, Africa, Great Britain, Belgium and the Netherlands. Schramm and her partner live in Amsterdam where they are legally wed.

Over forty authors were present to give panels tracked specifically for readers, writers and those in publishing. Along with “Author Readings,” one could glean tips on how to “Keep ‘Em On the Edge of Their Seats!” or find out from the horses’ mouths that “Self Publishing: [is] Like Self Love, But Less Fun.” Schmoozing, camaraderie and networking: three and a half glorious days’ full.

Making sure every attendee is welcomed, GCLS is especially attentive to its “Con Virgins” (first time attendees) regaling them with panels and nightly games. They’re one of the “nicest things, affirms Schramm. “There’s always a first panel for Con Virgins. Most awesome to see that room full of people and see them come out smiling – to know that new people are coming and are supporting our cause. GCLS is sort of a family, and the only organization of a kind.” Nat Burns, GCLS Director of Marketing, Media, & PR, tallied twenty-four “Virgins” and 120 returning members.

Burns, too, attested to the importance of the group in members’ personal lives and in their writing careers, stating, “I absolutely cherish my Golden Crown membership. Writing is a lonely business and my monthly and annual connections with GCLS members are my lifeline letting me know how important my work is for the LGBTQ readers out in the world. “The members are my sisters and brothers, my advisors and friends. They are also a clearinghouse for information. Our online profiles list areas of expertise so that when writers are doing research, they can contact another member with hands-on experience in what they are researching.”

The culmination of the Conference was Saturday evening’s presentations of the 2012 Goldie Awards. Finalists were nominated in a dozen categories that included “Debut Author,” “Dramatic/General Fiction;” “Historical Romance;” “Lesbian Erotica;” “Paranormal Romance;” and “Speculative Fiction.”

Lori L. Lake, formerly of Minneapolis and teacher at the Loft Literary Center, now resident of Portland, Oregon, was chosen to receive the 2012 GCLS Directors’ Award. This prestigious award, said Burns, is presented annually “to a single GCLS member in recognition of contributions made to the Golden Crown Literary Society during the past year and/or to the ongoing mission of the organization over a longer period of time.”

Lake, author of “The Gun Series” and her recent “Public Eye Mystery Series,” also received one of three “Mystery/Thriller” awards for Buyer’s Remorse: Book 1 in the Public Eye Series, together with Lynn Ames (Beyond Instinct) and Gerri Hill (Hell’s Highway).

In conclusion, the establishment of the Lee Lynch Classic Award was announced, an honor, Burns explained, was created “to recognize those specific titles (fiction, non-fiction or poetry) that convey meaningful lesbian experiences with influential historical and/or timeless value. It should be representative of the time period in which it was written and yet still resonate with present day readers. The end goals are to recognize classic books, honor their authors, and get readers intrigued enough to read classics that have stood the test of time and made a difference because they detailed lesbian experiences with influential historical value and/or social meaning.”

Author Lynch’s own 1985 classic, The Swashbucklers, received the first award, and Lynch herself given a standing ovation. Lynch expressed her deep gratitude to the GCLS and later wrote, “The concept of creating an award to acknowledge the writing that was done before we had a way to show our appreciation is abrilliant one. Congratulations to all the lesbian writers who received welldeserved awards. I thank the GCLS founders, Board members, the award committee and the loving and loved membership for persisting with the invaluable venture that is the Golden Crown Literary Society. In all humility and with boundless confidence in our future, Lee Lynch.”

Elizabeth, a retired scientist from Atlanta has attended all eight conferences was a living example of how far the GLBT presence has changed. “This was not available when I was a youngster,” she said. “Nobody could be out without endangering your life. It is a treat for me now to support the work of its writers and the work of the Conference.” She added that like civil rights workers of an earlier era, she and older members represent the need to tell today’s youngsters, “Child, you don’t have a clue what it was like.”