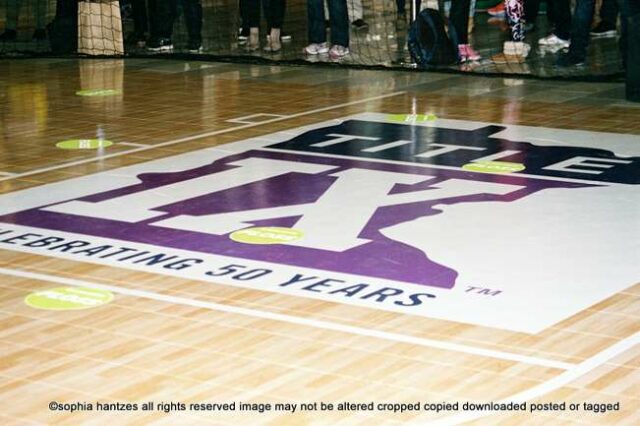 When Indiana Senator Birch Bayh introduced what would eventually become Title IX on the floor of the US Senate, he remarked, “It is…an important first step in the effort to provide for the women of America something that is rightfully theirs—an equal chance to attend the schools of their choice, to develop the skills they want, and to apply those skills with knowledge that they will have a fair chance to secure the jobs of their choice with equal pay for equal work.”  Ah, well…as that recently-departed, modern-day bard, Marvin Aday, so memorably put it, “Two out of three ain’t bad.”

Hawaiian trailblazer, Representative Patsy Mink, managed to schoolhouse rock that (more-or-less) same bill through the US House, driven by her own real-world experiences.  “I didn’t start off wanting to be in politics,” she would later say.  “Not being able to get job from anybody changed that.”  Upon her death in 2002, the legislation—signed into law by Richard Nixon, of all Presidents–was renamed, in honor of its most visible and most vocal champion, the Patsy Takemoto Mink Equal Opportunity in Education Act.

Title IX reads, “No person in the United States shall, on the basis of sex, be excluded from participation in, be denied the benefits of, or be subjected to discrimination under any education program or activity receiving Federal financial assistance.”

Including that particular school’s athletic program.

“Title IX” has since become roughly synonymous with ‘Women’s Athletics’ probably because:  1) Texas Senator John Tower proposed an amendment in 1974 that would exempt profit-generating athletic programs from Title IX, an action that cast an early emphasis on that single facet of the jewel of legal gender inequity, and 2) of the many disparities females from Age 5 to Age 105 faced within the realm of education, the disparity between male and female athletics was probably the most egregious (which is fancy college speak for “the one what was most see-able, like”).

For instance, in 1970, only 30,000 American women engaged in college athletics, a rib’s worth of the 170,000 men who did so that same year. In that same year, only 7% of high school athletes were women, and only 15% percent of college athletes were women.  The women who persisted under this duress often had to hold fundraisers to provide their own equipment while their male counterparts more often than not enjoyed financial, school-rooted support in the form of free or subsidized uniforms and equipment.  To call the situation “unequal” is a gross, not to mention grody, understatement.  Happily, the Tower Amendment went down like a flaming skyscraper in a 1970s disaster film, and Title IX proceeded apace.

Predictable fuss was kicked up by the Archie Bunkers of the world when the law first passed, and they’ve managed to maintain a pretty steady flow of whine during the ensuing decades.  The main concern has been the notion that forcing sex-centric equality into all school sports programs would cause sports that aren’t able to achieve parity to disappear.  In some specific cases, that was, in fact, true, but Title IX has increased general participation in sports among both females and males.  As President John F. Kennedy so memorably put it, “A rising tide raises all athletes…hopefully, in this case, those athletes are competitive swimmers.”

Although Title IX continues to protect women in the field of play, new arenas are still being found.  Being sexually harassed, it turns out, damages a student’s ability to participate fully and equally in school activities—so such unwanted attention is considered a form of discrimination and therefore a violation of Title IX.  The most obvious form of this inequality is the in-person variety, but the current interpretation of Title IX recognizes that written words delivered by e-mail, text, or that bastion of good behavior, social media, can be just as damaging.  Title IX’s cloak of protection unfurls over the school, of course, but also shields school bus rides, and even away-from-school activities such as dances, field trips, sporting events.

Not only is Title IX still relevant today, it seems poised to be relevant well into the future. As recently as June of 2021, the US Department of Education’s Office of Civil Rights issued a Notice of Interpretation which declared the discrimination prohibited by Title IX includes sexual orientation and gender identity.  Such protection was and is desperately needed:  according to one recent survey of LGBTQ college students, a staggering 85% reported some form of harassment, and 19% reported physical assault.  That’s a lot of work that needs doing, but the first steps of this equality marathon have finally been taken.

For further context, Dr. Nicole M. LaVoi, Director of the Tucker Center for Research on Girls & Women in Sport at the University of Minnesota – Twin Cities, looks at the effect of Title IX’s 50-year history today: “The glass is half full, but the glass is half empty We celebrate the gains we made in the past 50 years however, those opportunities not equal to boys inn 1972.” Dr. LaVoi continued that funding and participation is still “inequal,” yet she further cites that Minnesota is a nationwide leader in high school girls’ sports participation compared to other states.

Title IX is about providing a level playing field, both literally and figuratively, not only for girls and women, but for everyone.  It’s a rangy, well-worn statute that foresaw such modern notions as inclusion and representation.  Even fifty years after its origin, Title IX is an equality-casting law that reaches beyond the present and into the future while remaining firmly rooted in history…and in her story, too.