From the Editor: Person of the Year 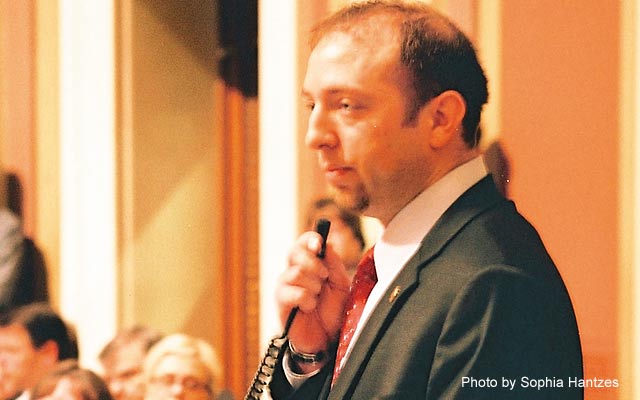 We have multiple people within the issue who have done amazing things this past year: Stephan who outlived homelessness in Justin Jones’s piece; the politicians and organizations who spoke out against the atrocities in Uganda as detailed by John Townsend; donors and artists and musicians and all sorts of patrons. People do great things. And, people deserve recognition.

This year, we chose John Kriesel, Minnesota Representative of District 57A, as our 2011 Person of the Year. We chose a white man. A heterosexual. A politician. A Republican. A veteran. A person with artificial limbs. A young adult. A suburbanite. A husband. A father. A guy with a great smile.

He accepted it humbly. When I called to discuss the issue, I approached as a friendly. My call wasn’t expected. It wasn’t foreseen. I doubt it could even have been dreamed up as a possibility. Likewise, his allegiance and leadership regarding Marriage Equality was just as much of a surprise to many of us.

But, it wasn’t a surprise to him. He knew he was going to stand and speak out for Marriage Equality before he did it. Then, back on that day in May, he did it with conviction and strength.  And, as of press time, he’s planning to do it at the Minnesotans United for All Families event on December 12 with Governor Mark Dayton, Senator Scott Dibble, and others.

And, for Lavender, recognizing him as Person of the Year was the right thing to do.

We hope you agree.

See the video here via UpTakeVideo: