From the Editor: A Journey, A Dance

Jin Xing pauses in telling her personal story, admitting that for a time she questioned why there was such a fascination with her as a transgendered person, as opposed to an accomplished dancer. She answers that question saying that she realized her personal story and artistic one were intertwined and if her story “can contribute to art, then fine.”  –Lannie Walker

Intertwining life and art.  Not a new concept, but one that is particularly sensitive when one’s life has been as dynamic as that of Jin Xing.  Reading about her life in Lannie Walker’s article, I learned much more about Jin than I knew when I photographed her for the cover.

This cover shot and the photos here are the results of a great turn of fortune for me as a photographer and journalist.  I was invited to sit in on the dressing room session as Jin Xing had her hair and make-up done for the reception and performance by her troupe, Jin Xing Dance Theatre Shanghai, at the Orpheum Theatre.

If you’ve ever watched someone applying make-up or having make-up applied, you may be able to envision the intimacy of the situation.  The dressing room at the Orpheum was central and small—surrounded by her dancers in various states of dressing themselves and eating their suppers.  Jin was seated in front of the lit mirror and her make-up artist had trays and bottles of make-up that the other dancers would request and receive like children seeking their allowances.  Their movements were slight and their bodies took up little space in the small area, my ample Nordic frame squeezed into the corner to give them—and my lens—breathing room.  I spoke only when spoken to and was allowed to simply observe and document.  This was Jin’s time to prepare, to watch her own artist make her face into a dramatic accessory to the dances she choreographed—both off stage, and on.

Short, soft words were exchanged between Jin and her make-up artist.  Not knowing the language, I didn’t know what they meant—but they were not alarming, not tense.  They made for a staccato rhythm to the session, but only in their infrequency…not their actual timbre.  The artist and her palette are well-acquainted, her brushes touched exactly the places that required coloration.  The stroke of black across the eyelid, the plume of rouge up the cheekbone, the strategic stripes of definition down the sides of the nose; I was privy to all of it.

And, as I watched, I thought of this woman’s journey.  Not knowing she’d undergone numerous surgeries to reach her current state of being, I simply pondered in awe how she came to be—as I want to know how anyone has become what they are today. Jin, having started male but being unmistakably female, held herself with the grace of what one can consider to be feminine and I can’t imagine she would have ever presented herself in any other manner.  She spoke few words to me but tsked me off the edge of the countertop I was leaning against to wipe any vestiges of foundation from it so I wouldn’t end up with a line of make-up across my pants. Though I didn’t really know her, I felt relief that she had become what she is today—not only the accomplished artist, but the seemingly peaceful woman.

When I read Jin’s statement to Lannie questioning the public’s fascination with her sexual identity and how it overshadows her accomplishment as a dancer, the answer is so simple: Jin is an accomplishment.  Where she drew short in her conclusion was when she stated that if her story “can contribute to art, then fine.”

She doesn’t merely contribute—she is art.  She has danced her whole life between worlds.  She danced that evening in the dressing room even as she sat still, hands clasped in her lap.

We can all draw inspiration from the fact that she now choreographs her own dances and those of the people around her—despite adversity.

May we all aspire to do the same. 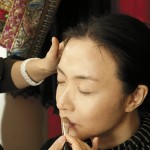 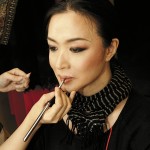 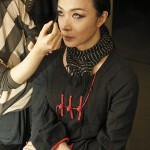 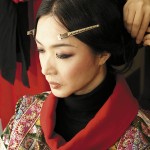 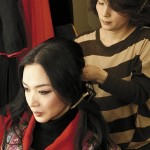 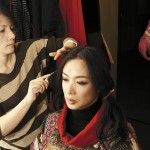 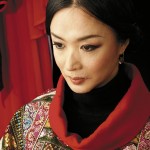