From Dickens to Boystown 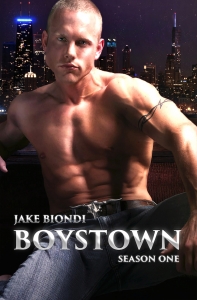 We’re all guilty of Netflix binges and getting wrapped up in the latest TV drama. Jake Biondi is no different. His love of dramas like Dynasty, Dallas, 90210, and Revenge have propelled his novel series, Boystown, written in intallments and finally available in a complete book (aptly titled Season 1).

“I have always been a huge fan of Charles Dickens whose novels were originally released in installments, each ending in a cliffhanger to keep readers coming back for more,” Biondi says. “They were really just great soap operas with amazing characters and plot twists. In fact, Boystown is written much more like a TV show than a traditional novel. I thought it would be cool to create a saga in the spirit of these classic novels and TV shows in a gay neighborhood with mainly gay characters. Thus, Boystown was born.”

According to Biondi, no author has ever had the ability to “paint with words” like Charles Dickens. Readers of Dickens know that he is able to describe people, places, and events better than any other author. His characters are unique, dynamic, and memorable. Biondi says, “Because he released his novels in installments, he is the master of the cliffhanger, ending each installment with unanswered questions so the readers would keep coming back for more.”

But instead of Dickens’ London, Biondi chose Boystown as the setting for his own saga, a fictionalized version of the real Chicago gay neighborhood. A Chicago native, Biondi calls Boystown home. “I have lived in the ‘hood for over 20 years and I love it,” he says. “It’s an incredibly vibrant, diverse, evolving neighborhood and I knew it would make the perfect locale for my series. In fact, in a lot of ways, the neighborhood itself is a character. I try to use as many real places in the books as possible. I want people to get a real ‘feel’ for the neighborhood when they are reading. Maybe my books will be good for tourism.”

Every good saga has a family at its core. The Mancinis are Biondi’s family. Everyone in the Boystown neighborhood is somehow connected to them. Emmett Mancini, the youngest of the brothers, is a bright, caring guy whose boyfriend (Keith Colgan) has a past Emmett knows little about…yet. Derek Mancini, and his wife Joyelle, are Boystown’s straight couple…but a recent encounter with hunky Cole O’Brien could have life-altering consequences for Derek. And Justin Mancini, the oldest brother, arrives in Boystown in episode nine and brings with him a family history that both Emmett and Derek were hoping to forget.

What started as a gripping online story series has worked its way into a physical book. Because of Boystown‘s huge success online and the serialized nature of his writing, readers from all over have been able to correspond with Biondi and influence the storylines of the saga as he write it, something that’s very unique to Boystown. One of those suggestions was that Biondi publish the first 10 episodes as a book rather than leaving them online. 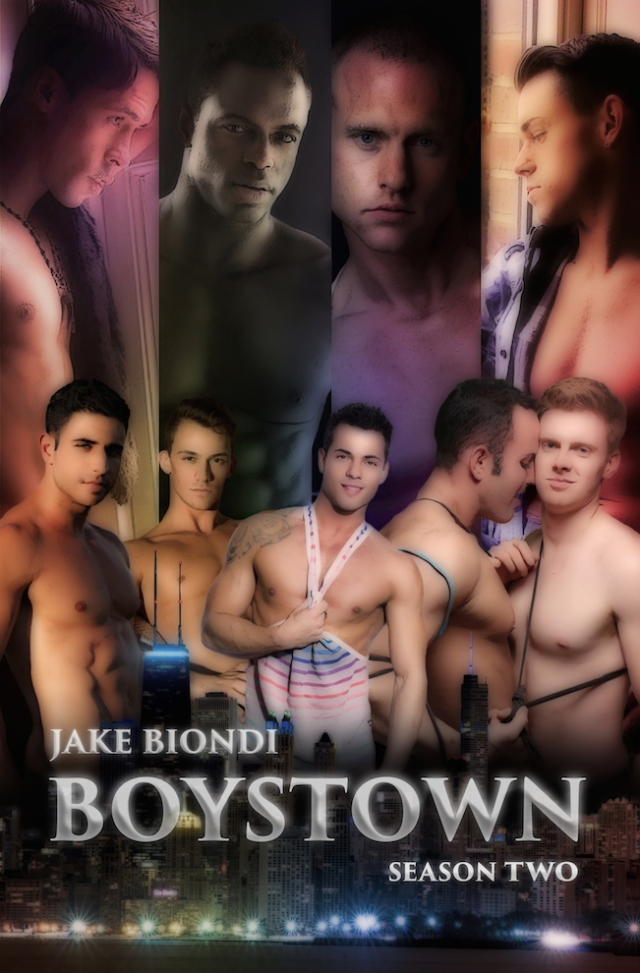 Biondi admits writing serials is tricky — lots of characters, complicated plots, and countless twists and turns. What began as a general story arc in his mind turned into installments. “I work to end each chapter or installment with a small cliffhanger, all of which build up to the huge cliffhangers that end each book,” he says. “Feedback and comments from readers can influence what I write. And sometimes characters take on a life all their own. Officer Michael Martinez is one example. I created him simply because I needed a police officer for a brief scene and then, all of a sudden, came up with a huge idea and now he is one of Boystown‘s main and most liked characters.”

Clearly, reader comments and suggestions play a large part of Boystown, from getting physically published to expanding characters’ story lines. People have emailed Biondi from all over the country (and beyond) to share their thoughts and ideas about the characters and story lines.

“I made it a priority to respond to every email that I received not only because I valued the readers’ feedback but also because I want my readers to understand that I want them to reach out to me,” he says. “I want to hear from them — their ideas, their suggestions, their reviews, their feedback. In fact, their comments and ideas actually can and do impact the future of the series because I have written some of their suggestions into the series. In short, by contacting me, the readers can actually impact what happens to their favorite characters.”

Any conversation with Biondi makes it clear: readers have generously embraced Boystown, and for that Biondi i grateful. “Every time I walk by Chicago’s Unabridged Bookstore and see my books in the window, I pause,” he says. “I still can’t believe I have come this far. It’s a constant reminder of the blessings and wonderful people in my life. Because Boystown is written as a TV series, it’s only logical that it would go in that direction. I am just so grateful that people have shown an interest so quickly. The future of Boystown will be an exciting one.”

But it isn’t just gay readers who have caused Boystown to be such a success; straight readers have also made their love known. “I think the characters themselves grip the reader,” Biondi says. “Regardless of the reader’s background or orientation, they connect with the characters. Then, all of a sudden, Boystown becomes just a story, a drama about unique characters in crazy situations. All people like to be entertained and Boystown is very entertaining. Boystown has someone and something for everyone. From the main Mancini family to all the surrounding characters, people are connecting with these characters.”