From A to Zee: The Future of LGBTQ+ Inclusive Curriculums Looks Bright! 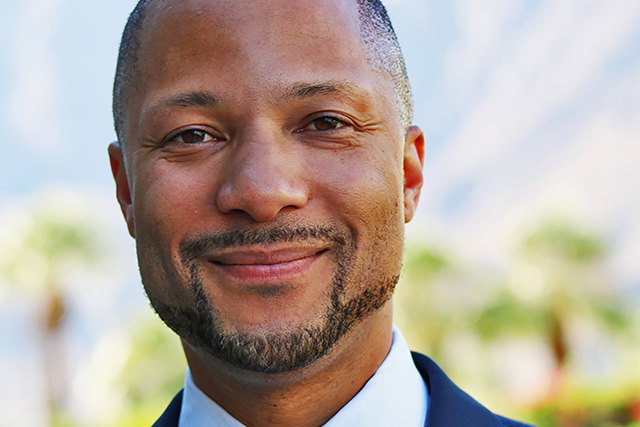 This summer I was able to make a dream come true. I never thought I’d be able to pair my LGBTQ+ and legal identities together to benefit queer youth. As a wee law school student over ten years ago, I had always dreamt of attending the Lavender Law Conference & Career Fair. Just like with PRIDE events or a family reunion, there is a certain spiritual fulfillment that occurs when you are surrounded by people who share some of your same lived experiences. It’s rare enough to be a Black attorney but even far rarer to be a Black LGBTQ+ attorney.

Right at the start of the COVID pandemic, I was notified that my program submission “Extreme or Essential: Understanding the Shifting Legal Landscape of LGBT-Specific Community Inclusion in U.S. School Curricula,” had been approved! Not only would I get the chance to attend the conference—I’d also have an opportunity to moderate a panel with experts in their respective fields as it relates to the teaching of LGBTQ+ history and the legal issues surrounding the diversification of the history taught to our youth.

My most sought after panelist was Shannon Minter, legal director of the National Center for Lesbian Rights (NCLR), who litigated the California marriage equality case, and most recently litigated the Utah law prohibiting LGBTQ topics from even being discussed in Utah schools. Next, we had Christian Fuscarino, Executive Director of Garden State Equality, who recently led New Jersey’s efforts to require LGBT history be taught as an essential component to New Jersey’s Core Curriculum Content Standards’ requirement of teaching diverse histories. Take note Minnesota, we will be pursuing this here too.

Sophia Arredondo, Director of Education & Youth Programs at GLSEN, had been a godsend helping me connect with GSAs across the country when trying to find a home for donated copies of Our Gay History in Fifty States. She provides support for LGBT student groups and educators across the country, including the development and implementation of inclusive curricula, policy creation, and technical assistance.

Last but not least we had Diana Thu-Thao Rhodes, director of public policy at Advocates for Youth, whose expertise includes knowledge and experience surrounding the national effort to expand the sex education and teaching of inclusive histories in schools and the backlash we are seeing in some states. Sadly, thanks to COVID-19, the conference went from an in-person event held in Washington D.C. to a virtual event. We prerecorded our session that will be aired during the conference dates of August 12-14, 2020.

Enough of the background, let’s get to the meat of our discussion and what I learned. Coming into this discussion I thought this LGBTQ+ curriculum fight was poised to be the next big fight like marriage equality. That misconception could not have been further from the truth. Shannon shared some important history showing many of these “no promo homo laws” (ugh… everyone on the panel hated this colloquial term) had been passed in the 1980s-1990s, during the HIV/AIDS crisis. There was so much misinformation and fear at the time that cities and state legislatures had an impulsive/reactive response. Sadly, once laws like these are passed, they stay on the books until they are repealed or found unconstitutional. States that had these laws on the books as of 2017 included Alabama, Arizona, Louisiana, Mississippi, Oklahoma, North Carolina, South Carolina, Texas, and Utah. I was saddened to learn that at the district level, the Anoka-Hennepin school district in Minnesota was the first place targeted for repeal due to rampant bullying and harassment occurring at their schools based on sexual orientation, gender identity, and gender expression. Since then Utah, Arizona, and North Carolina have all repealed their existing provisions.

Both Sophia and Diana ensured that we stayed “student-focused” during our discussion. It was mentioned that our youth are fighting two pandemics at once: COVID-19 and racism. Then adding an LGBTQ+ identity to the mix could create an unsafe environment for the youth in question. Think about it, some youth are only able to be “out” and be their “whole selves,” while out of their house and at school with their classmates or attending GSA meetings. With the likelihood of complete and/or a hybrid virtual education system in the fall, many of these youth will have to retreat to the closet due to their families not being accepting of their sexual orientation or gender identity. Those of us who identify as LGBTQ+ know the importance of having the support from our chosen family. I was heartened to learn that the strength of those bonds are just as strong with our queer youth in school today. They have crafted creative ways to be there for each other and be that support that may be absent at home.

Then Christian brought the panel home highlighting the importance of ensuring that families and communities were involved in the legislative process from beginning to end. Highlighting the benefits provided to all students, not just LGBTQ+ students, as it related to acceptance and inclusion while limiting bullying. California was the first state to require this back in 2011 so there was data on the books to show positive trends towards a more welcoming school environment.

I felt so many emotions throughout this presentation. My eyes welled up at times thinking about my experiences as a youth—then I’d feel empowered to take on the next equality fight! Until my next article, be well, be vigilant, and be visible.