From A to Zee: Our Rights Are Always on the Docket 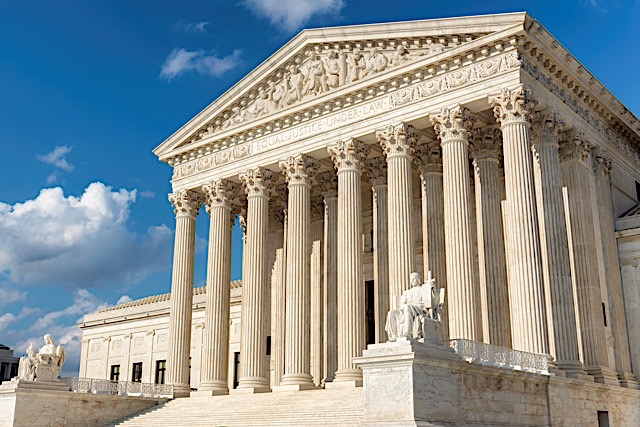 Every June, LGBGTQ+ folk around the world join in celebrating our ability to be out and proud in many, but not all, aspects of our lives.

However, here in the United States, June is also a very important month for another reason. It is the end of the Supreme Court’s term. According to our laws, the U.S. Supreme Court’s term begins on the first Monday in October and runs through the Sunday before the first Monday in October of the following year. The Court typically takes a recess from late June/early July through the first Monday in October. That means PRIDE month has been the time that significant cases related to our community are also released. The Lawrence v. Texas decision was released on June 23, 2003, in a 6-3 opinion which held that a Texas statute criminalizing intimate, consensual sexual conduct between adults of the same sex was a violation of the Due Process Clause. The Obergefell v. Hodges decision was released on June 26, 2015, in a 5-4 opinion which held the fundamental right to marry was guaranteed to same-sex couples by both the Equal Protection and Due Process Clauses of the Fourteenth Amendment to the U.S. Constitution. Then, just last year on June 15, 2020, we had the Bostock v. Clayton County decision in a 6-3 ruling which held that Title VII of the Civil Rights Act of 1964 protects employees against discrimination because of their sexual orientation or gender identity.

This year, one such case was also on the docket; Fulton v. City of Philadelphia, which pitted the religious liberty of a Catholic foster care agency against a municipal government committed to ending discrimination against same-sex couples in their city. The unanimous decision was released on June 17, 2021 in favor of the Catholic Social Services (CSS). Many, like myself, were left wondering, “How is this possible? Really? A unanimous decision?”

Well, the devil (pun intended) is always in the details. So, here we go. The City of Philadelphia had a non-discrimination ordinance on the books which included sexual orientation and gender identity. The city had already granted a prior contract to CSS while this ordinance was on the books. However, this time the city chose not to renew their contract with CSS unless there was an agreement that they’d also place children with same-sex couples. Interestingly enough, no same-sex couple had ever approached CSS for foster care certification, and CSS argued in court that they do not object to the placement of either gay or lesbian children into homes or placing any child into the home of a single gay or lesbian foster parent. (Hmm…) In addition, there were 20 other agencies in the City that certify same-sex couples, so there was not a shortage of opportunities within the City for same-sex couples to get certified and become foster parents.

So, in essence, the court punted in this decision. They did not make a broad sweeping decision that would have had wide implications regarding religious liberty from coast to coast. They wrote their decision to narrowly apply to just this particular case in Philadelphia. Had a same-sex couple gone to the CSS and were denied, we’d probably have a different decision (and one that progressives probably wouldn’t like). I’ll take this punt for now since it is better than the alternative.

However, on another note, what’s just as important as the cases the high court does takes up are the cases the court chooses to leave as they are. We just got news that the Supreme Court will not be taking up the second case of Gavin Grimm, who was a transgender male student denied access to use the men’s restroom. The school board required him to use the unisex restroom or the restroom that corresponded with the gender he was assigned at birth (female). This means that students in the 4th Circuit (North Carolina, South Carolina, Virginia and West Virginia), 7th Circuit (Illinois, Indiana and Wisconsin) and the 11th Circuit (Arkansas, Iowa, Minnesota, Missouri, Nebraska, North Dakota and South Dakota) must allow transgender students access to use the restroom that corresponds with their gender identity.

We must take and celebrate every win we can, for tomorrow the fight for true equality continues…