From A To Zee: Are You Ready For Change? 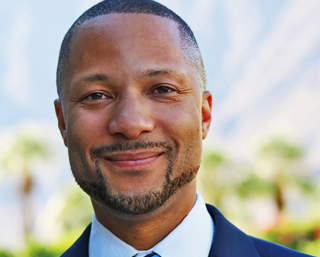 You may know that I am Black, a member of the LGBTQ+ community, and not originally from here. I grew up about a mile away from Disneyland and moved to Minnesota in 2007 to attend law school. I was worried about the snow and cold, but I wasn’t worried about cultural differences or a problem feeling welcome. There weren’t many Black people living near “the happiest place on earth”, so being in a small minority and learning about how to interact with white people is part of my life’s experience.

How does that compare that with your life experience? Do you remember the first time you met a Black person? Who was your first Black friend? When was the last time you had a Black person over to your house for a social gathering, drinks, or dinner? You see, as my dear friend Dara Beevas honestly shared in her most recent article, Living in Minneapolis while Black: How George Floyd’s City Feels to Me, she wrote that “the truth of the matter is that you don’t have to work that hard to go days, even months without seeing a single black or brown face if you don’t want to…” And herein lies the problem. We as members of the Black community are intimately in tune with, aware of, and empathetic to the lives of our white neighbors, colleagues, friends, and their culture. Yet, how much do they really know about our life’s struggles based on personal, intimate, and in-depth ongoing discussions about how our race and skin color impact our lives? I’ll give you a moment to sit with that.

My guess is that you are silently responding to me and explaining, oh so carefully, that you are a woke member of the LGBTQ+ community who was bullied and excluded in your youth and who donates to Black causes, so you are not part of the problem. Please go back and honestly answer my questions before reading on.

Minnesota is not working for the Black community. How can Minnesota be ranked the third best state to live in three years in a row by U.S. News and World Report in spite of the following rankings for Black Minnesotans: 48th for both poverty and homeownership, 45th in labor force participation, 44th in unemployment, 41st in median earnings, and 39th in educational attainment (source: American Community Survey). Let me say it more clearly: Minnesota is not making this one of the best states for everybody to live in.

We care about that which touches us. I’ve seen religious conservatives change their views on LGBTQ+ issues and gay marriage once someone within their own family comes out. I’ve seen people change their views on interracial marriages—yes, that is still a thing—once they’ve met and felt the unconditional love of their mixed-race grandchild. I’ve even seen white allies activate once one of their POC friends experience discrimination in their presence. Why hasn’t Minnesota moved to bridge this vast chasm of racial disparity? Is it because it hasn’t touched you personally? Does it have to touch you personally to do what you know is right?

We Minnesotans can change the way we address and combat these disparities. We can change the disparities regarding housing, education, healthcare, policing, employment, homeownership, and in all areas. However, when I say “we” Minnesotans, I mean “you” my white neighbors, fellow members of the LGBTQ+ community, elected officials, religious leaders, and people of conscience. Because just like marriage equality, there are not enough people of color to effect the change that is needed on our own. We know that marriage equality wouldn’t have become law in Minnesota without the support of the broader community. Would slavery have ended if white abolitionists had not aided Harriet Tubman and Fredrick Douglass? Would segregation have ended without white students joining the Freedom Rides and getting beat up at lunch counters alongside Blacks? We all need allies in our lives; not saviors, but allies. George Floyd showed the world that the Black community needs allies simply to breathe.  Your experience as an LGBTQ+ person has shown you time and again the value of community and allies.

You, my friends, have the power to change it all. You can narrow the gap in disparities. You can end police killings of unarmed Black men. You can ensure that the Black community can secure affordable healthcare and that Black children have access to quality educations. You can do a lot of amazing things if you just have the will to do so. Move “Minnesota nice” into “Minnesota action.” Add your Black and Brown siblings to your rainbow life. Change is never easy, but knowing that you were on the right side of history and bringing justice to Minnesota is worth it. Remember that the world is watching us! 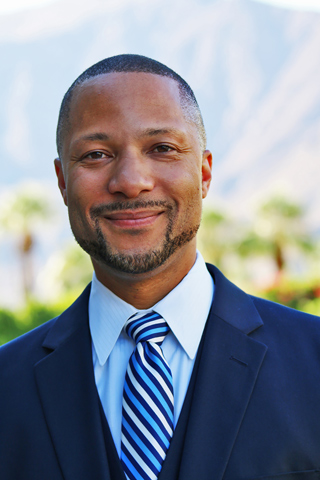 Zaylore Stout serves as a fierce advocate on LGBT issues. Through his law firm, Zaylore Stout & Associates, LLC, he’s represented HIV+ and transgender employees who were discriminated against at work. Zaylore volunteers through the LGBT Law Clinic and serves on the board for RECLAIM, an LGBTQIA+ nonprofit. He also ran for City Council in St. Louis Park where he championed the call for the passage of a Gender Inclusion Policy to protect transgender and gender non-conforming youth in schools. In November 2017, he gave an impassioned speech at the Quorum’s National Coming Out Day Luncheon alongside Judy Shepard. His law firm was recently selected by the Minneapolis-St. Paul Business Journal for their Business of Pride award, and he was the cover star of Lavender Magazine‘s 2018 Pride Edition.