Freedom to Marry Passes Minnesota House and Senate, Governor to Sign into Law on Tuesday 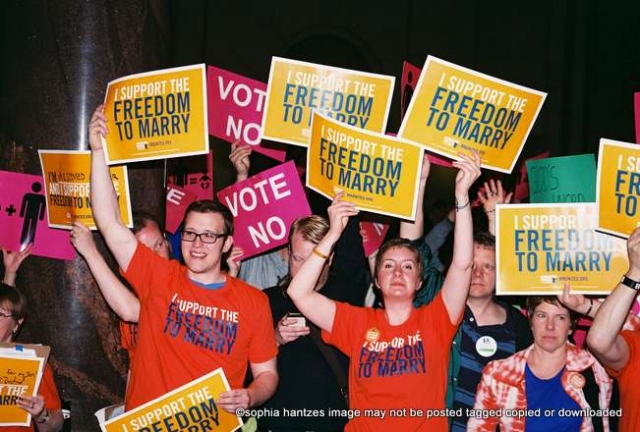 From the Office of Governor Dayton:

Tomorrow, Governor Mark Dayton will sign into law House File 1054/Senate File 925, granting all Minnesotans the freedom to marry. The signing will take place on the Capitol South Steps at 5pm.

Also, the City of Saint Paul welcomes you to stick around for a “Love is the Law” concert!

What: Join Mayor Chris Coleman and the City of Saint Paul at an outdoor musical concert Tuesday evening immediately following Governor Dayton’s signing of the Freedom to Marry Bill at approximately 6 p.m. In celebration of this historic legislation, Ecolab Plaza will become a venue for the “Love is Law” concert, featuring some of Minnesota’s best local music Tuesday evening. The Minnesota Freedom Band will lead a procession from the Capitol lawn to downtown Saint Paul. Food and beverage will be available for purchase.

Chan Poling and Friends (The Suburbs)

Approximately 6 p.m. – 10:15 p.m. (Immediately following the signing of the Freedom to Marry Bill)