ENDA Is Urgently Relevant in the Great Recession

The time following the economic meltdown of 2008 has come to be known as the Great Recession, but GLBT political energy has been focusing on marriage equality and gays in the military. Both certainly should be priorities. But a far greater number of GLBT folks are affected by the threat of losing the most basic thing one must have to function in society: a job. Because a vast number of GLBT persons are estranged from their relatives, they cannot fall back on the family structure that others typically can call on in trying times. 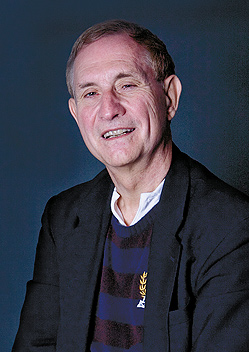 That’s why demands have increased for Congress to pass the Employment Non-Discrimination Act (ENDA).

The legislation has been shaped in ways resonant of Title VII of the Civil Rights Act of 1964 and the Americans with Disabilities Act of 1990.

ENDA would prohibit public and private employers, employment agencies, and labor unions from using a person’s sexual orientation or gender identity as the basis for firing, hiring, promotion, or compensation.

Though great strides have been made in many corporate entities to provide GLBT benefits and friendly workplaces, no overarching federal law mandates that all businesses refrain from discrimination against GLBT workers. Countless small and large businesses, especially outside metropolitan areas, have no nondiscrimination policy.

GLBT people consistently report pressure to hide their identity in the workplace. The Degrees of Equality Study shows that in 2008-2009, of GLBT employees surveyed, 42 percent have lied about their personal lives to coworkers; 27 percent have felt distracted; 21 percent have felt compelled to job search for new work; and 13 percent have stayed home because of a homophobic work environment.

Minneapolis attorney Jean Brandl of Cloutier & Brandl says that GLBT clients have told her compelling accounts of “not getting promoted, or being given some kind of lesser work assignment. If you’re not out at work, it’s a huge problem. A lot of people stay quiet, because it’s this thing that you don’t necessarily want to talk about.”

On HRC’s website, Samir Luther’s handy The State of the Workplace for Lesbian, Gay, Bisexual and Transgender Americans includes testimony from veteran Massachusetts cop Michael P. Carney that illuminates how straight privilege is a systematic psychological weapon against nonstraights.

In Carney’s words, “Can you imagine going to work every day avoiding conversations about with whom you had a date, or a great weekend, or an argument—basically not sharing any part of your personal life for fear of reprisal or being ostracized? I did this in a career where a bond with one’s colleagues and partner is critical in dangerous and potentially deadly situations.”

We hear of GLBT youth driven out of their homes onto the streets, but their adult counterparts are forced out of their jobs and sometimes into homelessness. The basic roof over one’s head, clean clothes, food, phone, and damage deposit are fundamental before an individual can pursue happiness in a same-sex marriage, adoption, career, or building personal or community wealth.

Senators Amy Klobuchar and Al Franken (who championed ENDA in his radio days) support GLBT workplace rights, because it not only is morally right, but also means national economic stability.

Brandl believes passage of ENDA is important in our interconnected nation, because it puts employers on federal notice that they cannot discriminate against GLBT persons.

Though Minnesota protects GLBT employees, community youth and adults migrate to tolerant states in a time when those areas are suffering dire economic downturns.

Moreover, many GLBT people foster their own stereotypes by acting like community members don’t hold blue-collar jobs, or believing if a gay or bi man is “straight-acting,” he can pass with no anxiety—ditto the “lipstick lesbian.” But stigma easily is attached if a chatty straight employee overhears or eavesdrops on a private conversation on one’s break. And, of course, not all gay men are waiters, theater artists, or fashion designers.

In 1993, Wally Swan was the first openly gay man to be elected to citywide office in Minneapolis as a Board of Estimate and Taxation Commissioner. His sensible approach to budgets at times met with the disdain of some of his fellow Democrats, and the admiration of Republicans.

Swan recently hosted a gathering of gay men at his home. One holds a master’s degree, but is underemployed. A second found his employment terminated when another staff person asked to be trained for his job, and the position then was outsourced abroad. A third had his business go bankrupt. Two others are gay professionals who lost well-paying jobs. Swan also relates that a lesbian friend lost a finance-field position, but is now working in a less-well-paying job. So much for the stereotype of gays and lesbians being awash in disposable income.

Swan, who is a Lecturer in Public Administration at a local university, himself experienced antigay employment discrimination when he took on an adjunct faculty position at a Florida university in 2008-2009.

In order to prove his competence in teaching on a graduate level, Swan provided a chapter he had just written for a public administration text, The Queer Community: Continuing the Struggle for Social Justice, edited by Richard Johnson III, Professor at the University of Vermont, which was published in 2009.

According to Swan, the woman who was to consider his competence at first had been “quite warm and effusive.”

But after submitting his chapter, Swan got no response to his inquiries about his status of teaching the course he was interested in.

When Swan saw the woman at a conference soon after, he reports that “she simply refused to acknowledge me when I was near her, and made every effort to ignore me.”

As Swan recounts, “A few months later, my supervisor told me that ‘because of our economy, our university is no longer flying people in to teach courses,’ even though enrollments were up. At the end of the year, the mailed requests for my teaching disappeared, and then, in January 2010, I noticed that my name had been deleted from the adjunct faculty list, even though many other people from around the country were still on the list.”

When someone of Swan’s stature is treated so shabbily, it’s a sign that the rest of us need to heighten our awareness, and become more educated on the issue of antigay workplace discrimination.

Start out by going to the HRC website, where you can e-mail Congressional members.

For the really gung-ho, The Williams Institute provides an inspiring example of advances in sexual-orientation law and public policy through independent research and scholarship.

The Williams mission statement notes that when it comes to GLBT issues, “few policymakers have relevant expertise. Legal decisions continue to be based on prejudicial attitudes, rather than reasoned argument and accurate data. None of the well-recognized think tanks (like the Brookings Institution or RAND) regularly address issues of sexual orientation. The Williams Institute does.”

Locally, Debra Davis, Executive Director of the Gender Education Center, is a symbol of shifting consciousness at the grassroots level. Even hard-sell transphobes have come around to her viewpoint at her acclaimed presentations throughout the country. Workplace harmony equals financial success, while disruptive workplace divisions can equal financial failure.

Davis remarks that ENDA is not about “special rights.” She points out that profits increase with diverse workplace inclusion, and that we must educate employers and employees about this issue.

As Davis puts it, “With safe, respectful workplaces, the bottom line increases.”