A Most Colorful Classroom

Minnesota’s 2018 Teacher of the Year Kelly Holstine shares her passion for teaching and life lessons from the GLBT community.

A Minnesota native herself, Kelly Holstine grew up in Fairmont before departing for Massachusetts where she received her undergraduate degree in communications. Deciding that there’s truly no place like home, Holstine returned to the Land of 10,000 Lakes to get her teaching license and Master of Arts in education from Augsburg University in 2007. 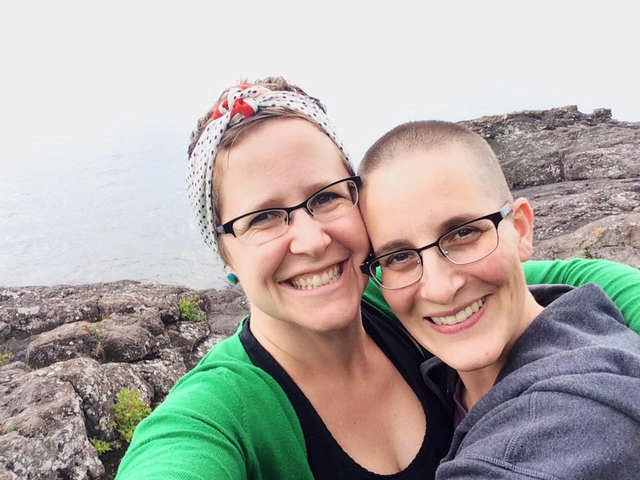 Now an English teacher at Tokata Learning Center in Shakopee, Holstine follows her passion at a school that she helped create.

“I was given the opportunity to open an Area Learning Center (ALC) from the ground up. I got to help create policies and the culture. I was also the only English teacher for the first several years of the program and created an entire 9-12 high school English curriculum. These are once in a lifetime opportunities,” Holstine says. “Tokata Learning Center is dynamic and powerful. The students and staff are creative and extraordinary. It is an honor to work here.”

As a member of the GLBT community, Holstine says she hasn’t always received support from fellow teachers in previous schools, which makes working for Tokata Learning Center all the more valuable. 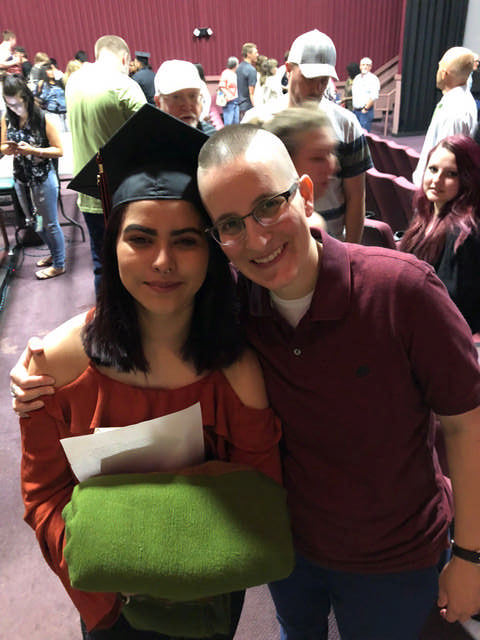 “The current staff and administration at Tokata Learning Center are extremely supportive of my sexual orientation and the fact that I am non-gender conforming. I have not always had this type of support and have faced a great deal of homophobia in some of the previous schools that I taught,” she says.

Holstine was nominated for Minnesota’s 2018 Teacher of the Year by Annie Rients, the professional learning coordinator for Shakopee Public Schools, and Eric Serbus, principal of Tokata Learning Center. 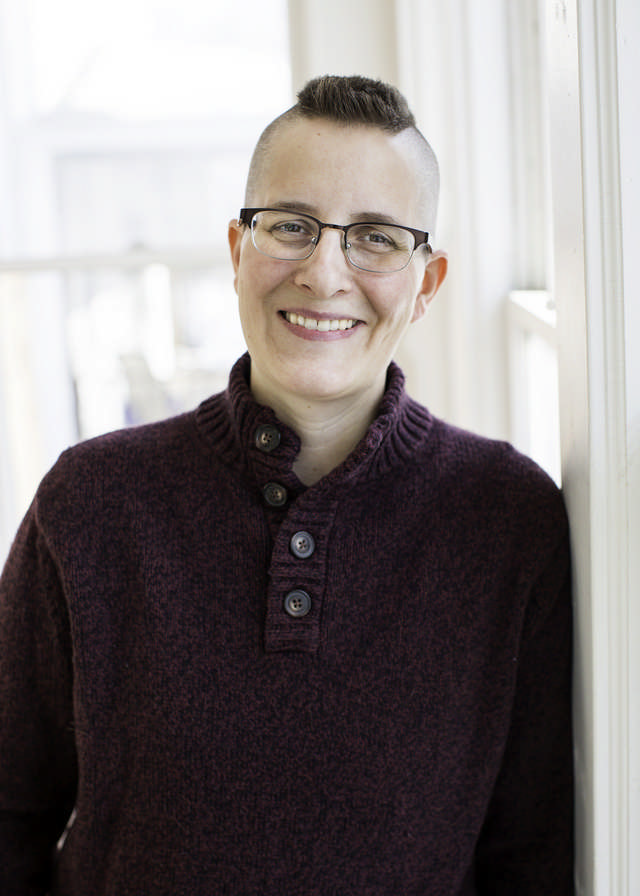 “I am not still not quite sure how to process all of this. It is such a humbling honor to represent over 86,000 teachers in Minnesota. And the other 11 finalists were extraordinary. I feel so lucky that I get to spend time with and learn from both them and the previous Minnesota Teachers of the Year,” Holstine says. “I am also excited to represent Minnesota in the National Teacher of the Year program.”

“As with all minorities, the more types of people represented in schools, the better it is for students. Not only is it important for students to see themselves in the curriculum, but it is also essential for them to have role models in the schools. And the more diversity students are exposed to, the better their lives will be,” she says.

Though Holstine says she never intended to become a teacher and, rather, dreamed of becoming a veterinarian, police officer, or psychologist, she has undoubtedly found her calling in the classroom.

“I started my career in the fields of social work, media, and team building. I then discovered that teachers are not only educators, they are also psychologists, team builders, social activists, and social workers. I have been a teacher for over ten years and I can confidently declare that teaching is the best way for me to support students and help them prepare for their futures,” she says. 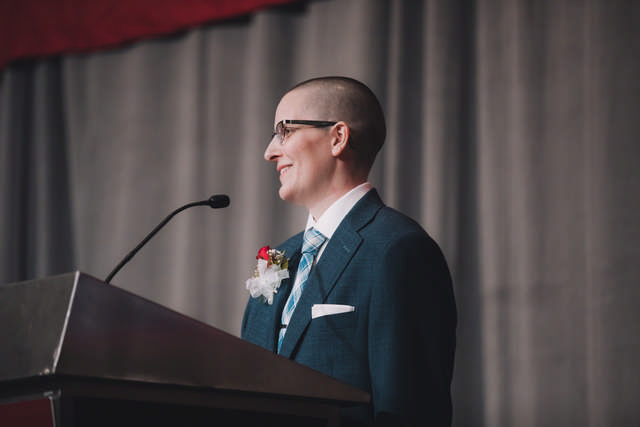 Kelly Holstine became the first GLBT educator to be named Minnesota’s Teacher of the Year in 2018. Photo by Education Minnesota

Holstine says she encourages her students to celebrate themselves, their diversity, and their own unique creativity in a strong community setting.

“I have worked diligently to create a safe and community-focused environment in my classroom. Students have voice and choice as they work through supported, self-paced courses that I developed on Canvas,” she says. “They are given formative and summative assessments to learn how to capably analyze the overwhelming world of mass media; to build their acquisition of critical thinking, analytical, and problem solving skills; to raise their awareness of diversity and social realities via engaging literature; and to improve their writing through self-reflection, connections, creativity, and the power of semantics.”

As she continues to lead her classes by demonstrating—and encouraging—individuality, strength, and diversity, Holstine is proving why she deserved to be Minnesota’s 2018 Teacher of the Year. While Tokata Learning Center grows and flourishes because of Holstine, she says she still has a lot of growing to do, too, both as a teacher and a person.

“I have been able to assist in the creation of a safe, consistent, compassionate, restorative, enriching, accepting, culturally diverse, rigorous, and community building environment while continuing to reflect, grow, and evolve both as a teacher and as a human,” Holstine says.