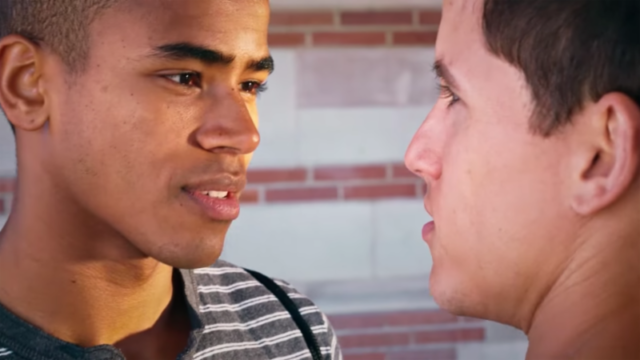 Singer Dyllan Murray has released the music video for his new single “No Wrong Way” featuring Kira Kosarin. The song explores equality for love between all races and genders, focusing specifically on the acceptance of love within the LGBTQ community.

All proceeds from the sales of “No Wrong Way” will benefit GLAAD and The Trevor Project. Of the organizations, Murray says: “I was raised by two loving fathers and have been surrounded by the LGBTQ community my whole life, so organizations like GLAAD and The Trevor Project are close to my heart. They have advocated for acceptance and equality for everyone and given so many young people help when they need it most. I can’t think of anything more important in today’s world.”

Born in 1998 in Los Angeles, Murray grew up embracing music from a young age. Naturally gifted with vocal skills, he soon expanded his musical base playing guitar and drums. His musical influences began with the teen pop explosion of the ’90s and 2000s, including Backstreet Boys and *NSYNC, and he lists his latest inspirations as including the current efforts of Justin Timberlake, Maroon 5, Justin Bieber, and Robin Thicke. These successful artists had a profound influence on the young singer to craft his rhythmic sound.