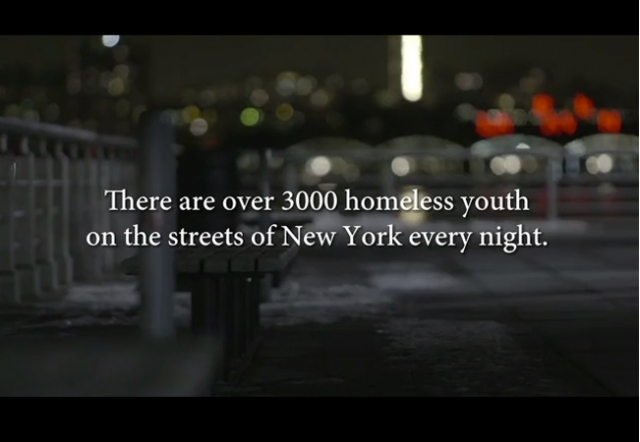 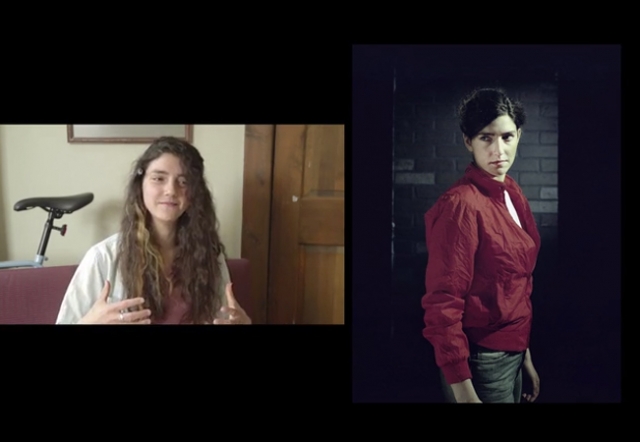 Icons
Photo Series
Deadline: June 11
www.kickstarter.com/projects/alexthompson/icons-a-photo-series
Iconic men of film, like James Dean and Marlon Brando, reinforce a powerful, white male persona. Chicago filmmaker Alex Thompson and queer female creator and model Zoe Lubeck have begun a photo series examining the relationship of empowerment and film by recreating iconic images of male film stars using Lubeck as the model. Having already covered such iconic men as Rudolph Valentino, James Dean, and Marlon Brando, Thompson and Lubeck plan to recreate the hair, costumes, lighting, atmosphere, and makeup of 15 iconic male film stars. By recreating these images with Lubeck as the subject, the series creators mean to give hope and idealism to a wider audience than just straight, white men. The crowdfunding campaign will help fund the remaining 11 photo shoots as well as the photos’ preparation for gallery display. 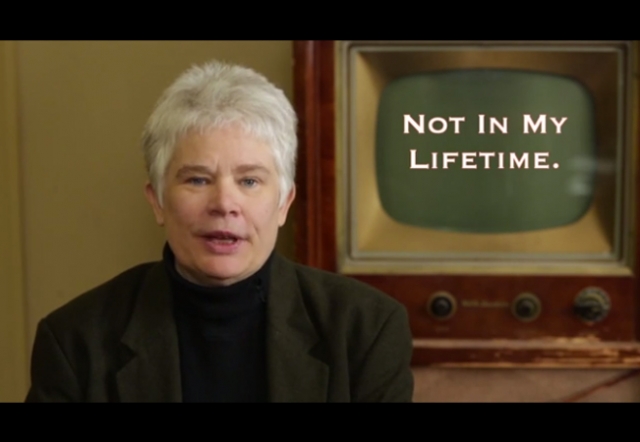 Not In My Lifetime
Documentary
Deadline: June 12
www.indiegogo.com/projects/not-in-my-lifetime
Pam Colby has been making media since the early ‘80s, including her time spent as a videographer at the March on Washington for Gay and Lesbian rights in 1987. While reviewing that footage, Colby began to reflect on the changes and progress made since then, which resulted in an inspirational idea: to make a documentary that attempts to dissect what marriage equality means to the Baby Boomer generation. Interviewing her peers, Colby is asking tough and personal questions about love, relationships, commitment, and, ultimately, what is the meaning of marriage, after a lifetime of being denied the right. Following completion, all interviews will be donated to the GLBT archive found at the Jean-Nickolaus Tretter Collection at the University of Minnesota. 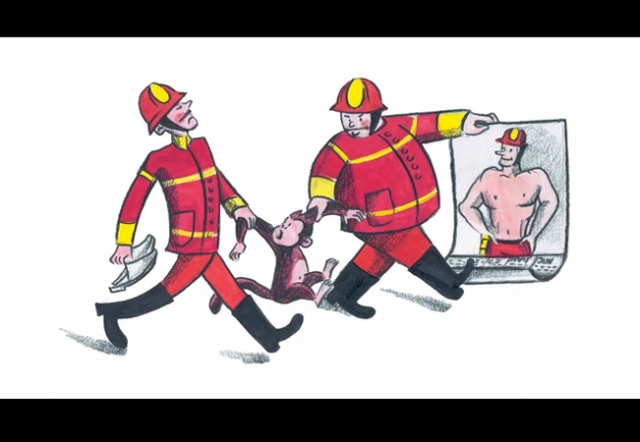 Bi-Curious George
Parody “Children’s” Book
Deadline: June 18
www.kickstarter.com/projects/1465401260/bi-curious-george-print-more-books-and-convert-ill
“George was a straight little monkey but always very… curious.  One day George saw a man.  He had on a sassy purple beret.  And George got excited, despite himself.” Thus begins the saga of Bi-Curious George. This decidedly adult parody is guaranteed to make you laugh; just don’t read it to your kids. Originally published and distributed nationwide, Bi-Curious George has sold out and needs the support of the community to print more copies and convert illustrations for merchandising. 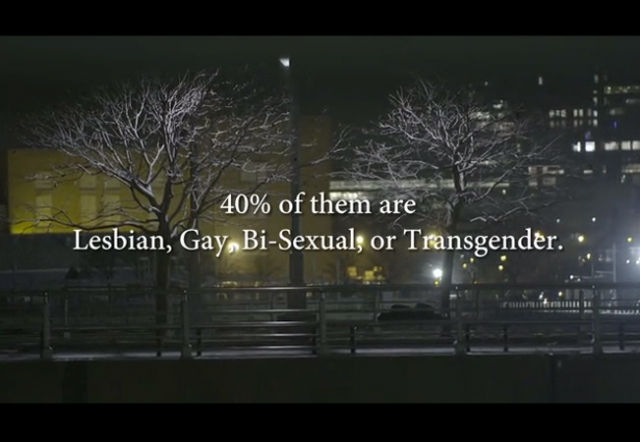 Road to Home
Documentary
Deadline: June 27
www.kickstarter.com/projects/1127535060/road-to-home
Emboldened by the increasing acceptance experienced by GLBT adults, more and more young people are coming out to their friends and families—and getting kicked out—younger and younger. Recent studies indicate that approximately 25% of GLBT teens wind up on the streets and in public shelters after coming out to their parents. In New York City, though they all may not look homeless, some even blending into the crowd as ordinary teenagers, many of these young people face the real dangers that come with living on the streets: addiction, exploitation, imprisonment, hunger, and even death. In the midst of this crisis, however, there are glimmers of hope—the resilience and spark of youth who have not yet been lost to perils of street life, and the determination of activists dedicated to making a difference.

Road to Home will follow a half dozen young GLBT people who turned to the streets after being rejected by their families. Having been in production for the last year, the filmmakers have met a number of people who have agreed to be filmed. Through the use of observational footage, the film will intimately trace their journeys as they traverse the street life—from the blistering heat of summer to the frigid nights of winter—moving from shelter to shelter and fighting just to survive. However, the goal is not to simply wring our hands at a social problem. Throughout production, the filmmakers have worked closely with the Ali Forney Center, a NYC organization tasked with helping GLBT homeless youth. By using the Ali Forney Center as a springboard into this complex world, filmmakers have been able to work with people dedicated to making a difference.