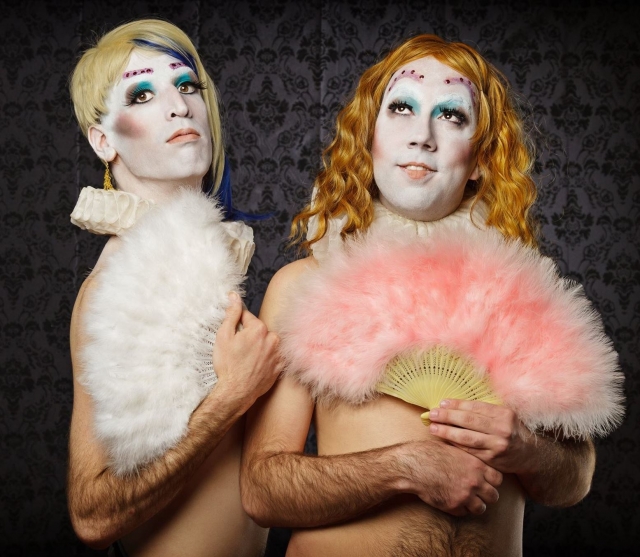 HOMOHOTDISH presents: The Tucking of My Shrew
Theater Production
Deadline: July 15
www.indiegogo.com/projects/homohotdish-presents-the-tucking-of-my-shrew
A Minnesota-based performance group dedicated to creating new and eccentric queer work, HOMOHOTDISH is pulling together their third production for Minnesota Fringe 2014. The Tucking of My Shrew is HOMOHOTDISH’s largest show to date, following up the group’s premiere of I DO! I DO! at 20% Theater last October. The group’s last show had rollerskating bridesmaids and an all-knowing pregnant deity…who knows what this one will have in store. In The Tucking of My Shrew, Chastity Burns and Mona S’More are on the run. These two small-town drag queens have been kicked out of their local scene of Lake City, Minnesota, and have come up to the queer Twin Cities to bring you a glitzy-glam vision of beyond. Their show has songs for the lonely, legs for days, and a life-sized penis that talks. It isn’t quite Shakespeare, and it isn’t quite drag– it’s Elizabethan Realness (or whatever that means). 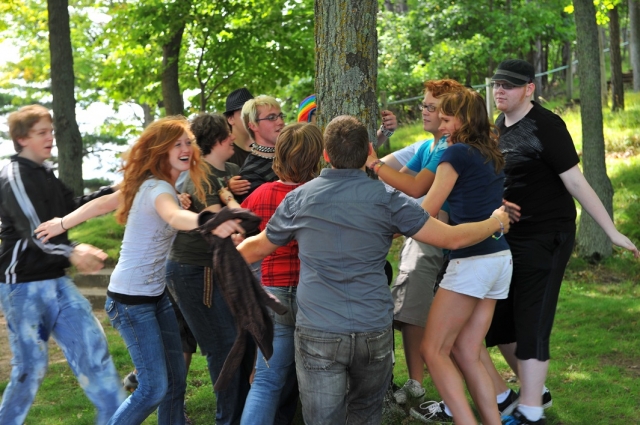 The Naming Project allows GLBT youth to explore their identities in the context of faith and spirituality.

The Naming Project
Youth Camp
Deadline: July 20
www.indiegogo.com/projects/10-years-of-the-naming-project-help-us-get-to-10-more
The Naming Project Summer Camp is for 14-18 year olds or those who have completed 8th-12th grades who are of any sexual orientation or gender identity or expression and interested in discussing and understanding sexuality and gender in terms of their own spiritual journey. Currently, the camp is looking to raise the funds to operate for another ten years. In the past, the funding for The Naming Project has gone up and down. A week of camp roughly costs about $8,000. Although there are registration fees from campers, no camper at The Naming Project is turned away for a lack of funds with the camp often granting registration scholarships, and occasionally purchasing plane tickets. Other regular costs include: the cost of renting Bay Lake Camp as the campsite, transporting campers to and from the Twin Cities, and purchasing the supplies needed to run the camp. 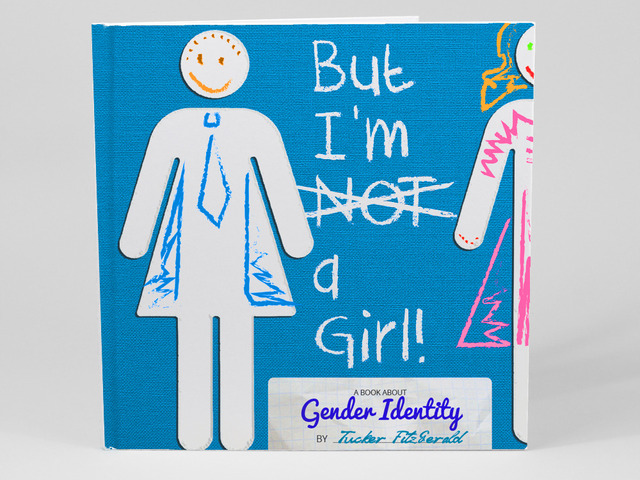 But I’m (Not) A Girl!
Children’s Book
Deadline: July 22
www.kickstarter.com/projects/1678386275/but-im-not-a-girl-gender-fun-for-kids
Bring to life a short children’s book about bathrooms, dresses, camouflage, gender roles, and how we really know if someone is a “girl.” The author’s children inspired the book as even his broad expectations for how his kids would live into their identities was stretched by the reality that one of his children is pretty unique. Whether describing his son’s expression formally (gender non-conforming) or more playfully (gender creative), his four-year old has certainly lead him on a gender adventure. Borrowing on his experiences of teaching, storytelling, and reading countless children’s books (of varying quality) to his own children, then combining that with his profession as an illustrator and graphic designer, Tucker FitzGerald has laid out a fun, short story about what it means to be a boy, a girl, or someone else entirely.

The plot is simple: Ms. Elliot’s first day with her new kindergarten class descends into chaos when she asks the children to form two lines for the bathrooms: boys and girls. When descriptions of clothing, hair length, and toy preferences fail to successfully convey to her students which line is which, she desperately waves in the nearby principal for assistance. When his stammering attempts inevitably lead to a conversation about bodies and private parts, all decorum is lost as the students launch into questions about people who’s appearance don’t match their anatomy, people born without easily categorized genitals, and whether or not plants have penises. One brave girl finally steps in to fill the vacuum left by the dumbfounded adults, proposing a plan that is based on trust and self-determination rather than clear gender markers or policing.

The cast and crew of The Switch

The Switch
TV Show
Deadline: August 9
www.kickstarter.com/projects/theswitchtv/the-switch-a-fantastic-transgender-comedy-0
At the heart of it all is Sü, a trans woman trying to rebuild her life. But the show’s not just about her. It’s about her roommate Chris who assassinates oil executives for carbon offsets. It’s about her friend and electrologist Sam, who is incidentally a sorceress. It’s about all the weird, human, and compelling people who enter Sü’s life. It’s sharp, political, a touch confounding, and ready to look critically at intersections of identity + oppression. It touches on poverty, privilege, sex work, dysphoria, access to support services, and resistance against corporate hegemony. It will be available to watch on TV and online.

The Switch will be the first transgender comedy to air on television and the first television show to put a trans* actor in the lead role. But this isn’t just about making a TV show. It’s about tearing down the wall. Help tear down the socially-constructed walls that limit trans* actors and creators from telling their own stories and representing themselves in TV and film. The Switch is being made by Trembling Void, an independent Canadian studio. Trembling Void was founded by queer-trans* filmmaker Amy Fox. The cast, writing team, and development team have consistently included trans* folks and other people with lived experience. You can view the test pilot here.