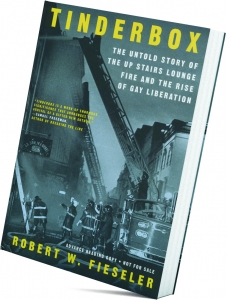 Tinderbox: The Untold Story of the Up Stairs Lounge Fire and the Rise of Gay Liberation
Robert W. Fieseler
Liveright
$26.95

32 gay individuals perished in the New Orleans Up Stairs Lounge fire, their existence ignored. Fieseler succeeds in humanizing these “homosexuals,” a humanity almost lost June 12, 1973. On at least four occasions, one Roger Dale Nunez confessed, but was never charged. He took his own life the following year. Fieseler offers many other examples of the dilatory handling of the case, and the public’s shocking disinterest in the deaths. Homosexuality was a crime. Politicians and priests offered no comfort or condolence; a small Episcopal service brought swift retribution. Families wouldn’t claim kin, churches refused burials, mourning survivors feared being outed. But later that year, homosexuality was struck from the Diagnostic and Statistical Manual of Mental Disorders. Fieseler’s dense text is rich with names, dates, and interviews. A sad, angering, hopeful read. 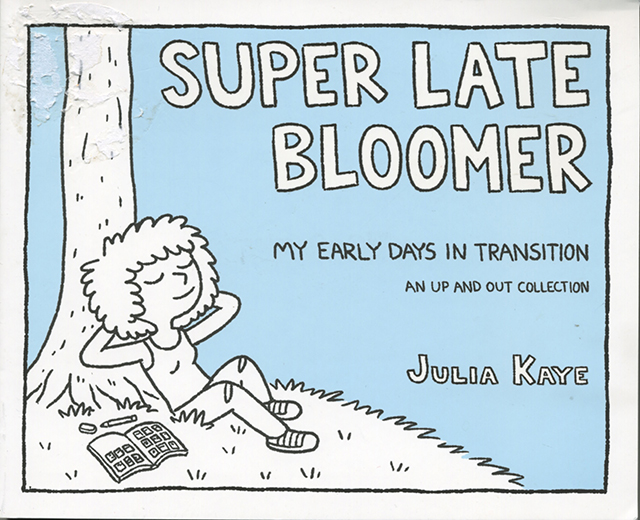 A collection of Kaye’s webcomic Up and Out strips, Super Late Bloomer is a visual diary, confessional, revealing memoir of what it is to become oneself. This book follows her first early days of transition, detailing the social, emotional, and psychological effects of hormone replacement therapy. The pesky pronoun problems, the ups and downs of seeing oneself change—For better? For worse?—and learning to accept not just what one sees, but what one is. This deceptively simple book is a good beginning for the non-trans person wondering “Wha?” and for the transgender person considering what to do or taking the first steps. A relief and a blessing to know one is not alone, Kaye is a worthy companion with whom to share the journey. 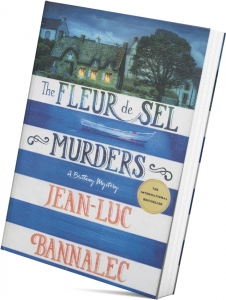 Bannelec’s latest finds Commissaire Dupin in the Guérande, an idyllic peninsula on France’s Atlantic coast, home of the famed salt marshes. He anticipates a restful vacation and an opportunity, at journalist friend Lilou Breval’s request, to look for “suspicious blue plastic barrels.” Arrived at the designated salt flat, Dupin, pinned down by gunfire, sprawls flat in the mud. “Vacation” plunges into intrigue, murder, and an uneasy alliance with Sylvaine Rose, official investigator for the Guérande, and less than pleased with Dupin’s presence. Bannalec (pseudonym for the German author) skillfully blends the bare bones of the case with the lure of this near-mythical coastal area and its hard-nosed international business that exports the famous fleur de sel worldwide. One learns a lot about salt—and human nature. 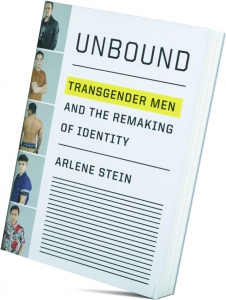 Humans connect through story, from images in the Lascaux caves, on down through Homer. Arlene Stein uses story to explore a new generation of transgender men through words of interviewees seeking to redefine and live their personal identities. They meet in a plastic surgery clinic in a strip mall in South Florida, whence Stein follows them—and their families—from pre-op, to surgery, to recovery and beyond. Ben, Lucas, Parker, and Nadia all were there to undergo “chest masculinization”, though Nadia is not planning to transition. Her position is an example of the many differing motivations Stein uncovers for any given individual seeking to remake their identity. Written specifically for general readers, Ubound offers actual words from the broad spectrum of transmasculinity evident in America today.