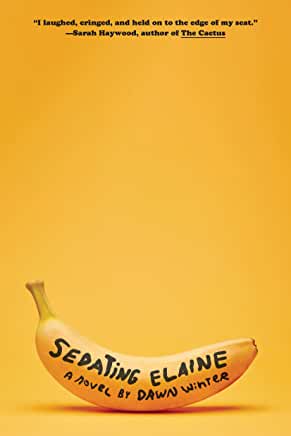 Trapped between girlfriend Elaine’s incessant, devouring, physical demands, her dealer’s increasingly insistent demands for payment–or else–protagonist Frances sees only one solution. She asks Elaine to become her flat-mate to generate income to pay the rent and fund her habit. Frances, shrunken to a nub over her mother’s abandonment years ago, hiding from life as a dishwasher, is now totally overwhelmed by the presence 24/7 of the tireless, ebullient Elaine to the point that she just wants to silence her roomie, who, Frances has learned, is quite wealthy and has promised to cover the bills. A bit of sedation should help pass the time. But what’s the correct dose? And will the now comatose Elaine awake before the enforcers exact their pound of flesh?

The author of some eighteen mystery novels, including the Michael Manning, Claire Gray, and Mr. Puss series, Craft debuts a feisty pair of offbeat characters; Dante O’Donnell middle-aged, bad-choice-prone, now a Palm Springs concierge for ritzy vacation rentals. After finding a rich corpse in a rental pool, Dante again crosses paths with Jazz Friendly, black, female former cop, who, after attempting to arrest Dante for murder, was fired when he proved innocent. Now a PI, she’s divorced, battling the bottle, seeking to gain custody of her daughter. Craft, as always, mixes plot and dialogue deftly, stirring humor, humanity, and mayhem to create believable characters that go about the business of solving crime with a twist of wry. You’ll beg to see more of these two.

Author of the acclaimed YA international gay romance Red, White & Royal Blue, Mc Quiston sets in motion another complex, zany–but with purpose–plot. Outsider Chloe Green, raised in SoCal, has moved with her moms (one a native) to Willowgrove, AL, and must finish her senior year in the upright, uptight Willowgrove Christian Academy. One bright spot is her determination to become class valedictorian. Her only rival, glowing prom queen and principal’s daughter, the perfect Shara Wheeler. Nearly there, Shara unexpectedly kisses Chloe then disappears. She’s kissed two fellows, as well. They join forces to track Shara, following mysterious clues left on her pink, monogrammed stationery. Seems Chloe’s not the only one with issues. Quirky, fun, revealing. Lesson: everyone can learn; everyone can grow.