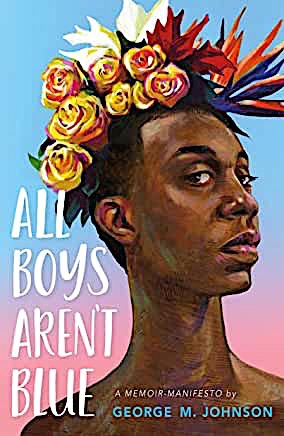 Johnson’s “Manifesto” is more a guide for young, Black, gay males navigating the turbulent waters of American society. Board of education book-banners may balk at the sassy cover art, but Johnson’s personal essays simply map his growing up black and queer in New Jersey and Virginia. Despite the sometimes dangerous path confronting the young Johnson, he was fortunate in having had a loving family; brothers, cousins, matriarch Nanny and uncles, aunts, cousins–including the transgender Hope. Yes, there is “language” yes, there is explicit material, but presented as information needed for the reader to know to show by personal experience that the only way to live is to be oneself, that the best way to do that is to acquire tools to achieve their personhood.

From boyhood onward, Edward Osborne Wilson (1929-2021) was a naturalist. One eye blinded in a fishing accident, the boy began to concentrate on creatures small enough to hold close for examination: ants. At thirteen, he was the first to recognize the invasion of fire ants in his native Alabama. He not only became the foremost myrmecologist, but a great synthesizer, writing about the relation within and between species, eventually moving on to become a Harvard professor and ecological activist in an effort to save Earth’s ecosystems and creatures now becoming extinct at the rate of a species a day. Prominent among his thirty books (and some 500 articles) are the 1977 Sociobiology: The New Synthesis, and the Pulitzer Prize-winning On Human Nature and The Ants.

Dream of the Divided Field
Yanyi
One World
$16

Currently poetry editor at Foundry, author of The Year of Blue Water, and winner of the 2018 Yale Series of Younger Poets Prize, Yani, in this poetry collection explores the body as one of many homes we have entered and left before, yet never lost or discarded. Human lives are stages in an ongoing liminality that never deserts us and ceaselessly offers polarities of joy and suffering, love and loneliness, ever seeking the solace of home. Memory is the bark for these never-ending voyages, both for what is behind, and what lies ahead. Past, present, future meld. A fragment from “Landscape with a Hundred Turns:” “When you turned into a hundred rooms, / I returned each month as a door / that opened only one.”

When 20-something yard-worker Mike Muñoz is fired after refusing to pick up a client’s St. Bernard’s excrement, he’s back home in his mother’s double-wide caring for his disabled older sibling. He loves landscaping, dreams of writing the “Great American Landscaping” novel, and wants a girlfriend. Maybe a boyfriend? What happened to the American Dream? Can it be dreamed by one and all? Even by a half-Mexican member of the working poor? A talented landscaper and topiarist, Mike’s unacknowledged except by a few whiter, richer con artists attempting to use him for their own purposes;“… you don’t look too Mexican, that’s the important thing.” Mike takes solace in the library, in reading, and finds a worthy friend. Evison’s semi-autobiographical fifth novel bursts with anger, humor, and hope.