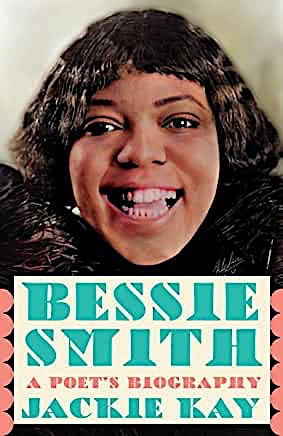 Kay, a child of color adopted by white parents, raised in a Glasgow suburb, became poet, playwright, and novelist– poet laureate, the Makar, from 2016 to 2021. Sharing her dad’s admiration for blues singer Bessie Smith, Kay listened to the records over and over, drowning in the lyrics and entranced by Bessie’s photos on the album covers; no one else in this town looked like her. But here was Bessie. Kay’s book is much like her heroine; sometimes abrupt and rough, often lyrical, occasionally other worldly when Kay riffs on what Bessie might have felt, done, down to the last scream of brakes and the crash that ended Smith’s life on 26 September, 1937. Many biographers have taken longer to say less about their subject.

A tough subject to tackle, hedged as it’s been within earlier eugenicists “studies” and White Power histrionics. Harden makes clear that beyond Mendel’s tall/short, wrinkly/smooth, green/yellow of his famous peas, , the influence of many genes are required to come together in every roll of the DNA dice to produce a unique individual. A girl is born with 2 million immature eggs, 400 of which may mature; boys, over their lifetime, generate some 525 billion sperm. The meiotic remixing of two parents’ DNA could produce 70 trillion unique infants. Today, we may be closer to Mendel’s level of knowledge concerning DNA, but Harden has illuminated a path forward free of racial bias and “superior – inferior” dichotomies to build on seeking applications for greater social equality.

A Good Provider Is One Who Leaves: One Family and Migration in the 21st Century
Jason DeParle
Penguin Random House
$28

A personable yet thorough look at migration through the eyes of three generations of one Filipino family. Also the author of Three Women, Ten Kids, and a Nation’s Drive to End Welfare, in 1987, a young DeParle rented floorspace in Tita Portagana Comodas’s shack on Manila Bay. What one anticipates will be an interesting anthropological account, becomes instead a three-decade friendship with Tita, her children and their offspring. Maintaining a tight-knit family means one or more in each generation must leave, working around the world on board ship or scrubbing bathrooms to maintain those at home with their “remittances,” which despite an .8% drop last year totaled 29.9Bn. The number may be extraordinary, but pales in the face of the lives lived to generate it.

Wolfman is Trollip’s first solo –he, with Michael Sears, are the Michael Stanley authors of seven Detective Kubu mysteries. In 2019 they launched Crystal Nguyen in Shoot the Bastards; Wolfman is its prequel, its own thriller story revealing the reason we first met the Vietnamese-American Minnesotan imperiled in Africa. Crystal here is practicing for a skiing-rifle biathlon, working part-time in Duluth as a WDTH-TV news reporter. Her passionate broadcast against wolf poachers (“barbarians”) makes enemies, including a stalker. Crystal herself has committed a minor infraction and originated the “Wolfman” sobriquet. Now Crys is a target, and Officer Paul is acting…differently. What about that application she wrote to National Geographic? Will they call? What if she’s in the stalker’s sights during the biathlon? So many choices.