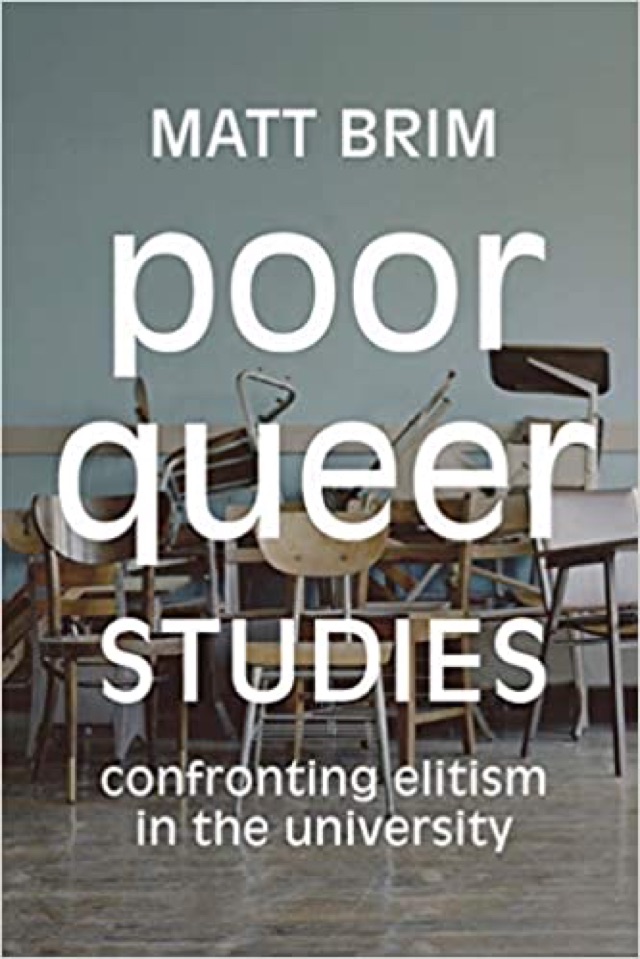 Brim foregrounds a problem seldom considered by today’s elitist universities. Ivied halls point to well-attended Women’s and LGBTQ+ programs. Even if queer themselves, how many have stopped to consider their position vis-à-vis LGBTQ+ students or allies who are poor, attend “no-name” colleges, whose class and study time are fractured. Many lack a firmly-grounded curriculum, parental assistance; must work extra jobs to continue. Brim speaks from his base at the College of Staten Island, CUNY, one institution among many that educate the disadvantaged, the poor, who may face hours-long commutes, must bring a child along, or find no research funding available. Brin gives these students voice, and thus begs the question of how our educational processes are formed who are the benefactors—and what must change. 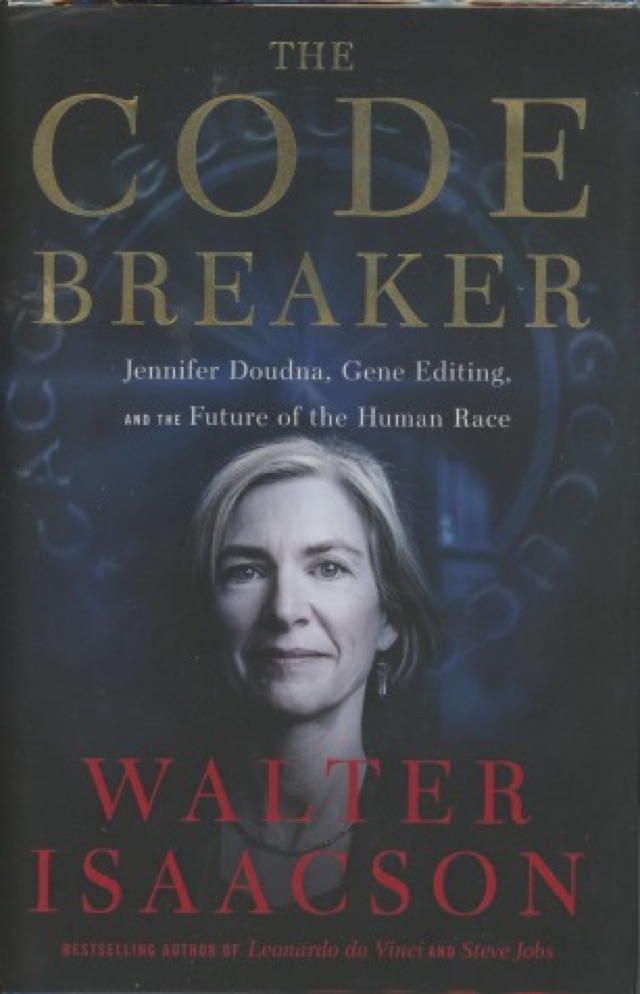 Young Jennifer Doudna wanted to understand how things worked; how things were put together to make things happen. That paid off later when she and her talented team were pursuing CRISPR, determining what exactly allowed RNAs within a bacterial or archaea cell to edit genes to remember and destroy invading viruses (something they’d been doing for a billion or so years). In 1986, Yoshizumi Ishino, studying E. coli gene sequencing noted that there were oddly identical segments of DNA scattered through more normal DNA sequences. In 2001, CRISPR was named (Clustered Regularly Interspaced Short Palindromic Repeats). Doudna’s group finally produced the explanation and led to Doudna and Emannuele Charpentier receiving the Nobel Prize for their research on CRISPR technology. A lot more; Isaacson narrates it superbly. 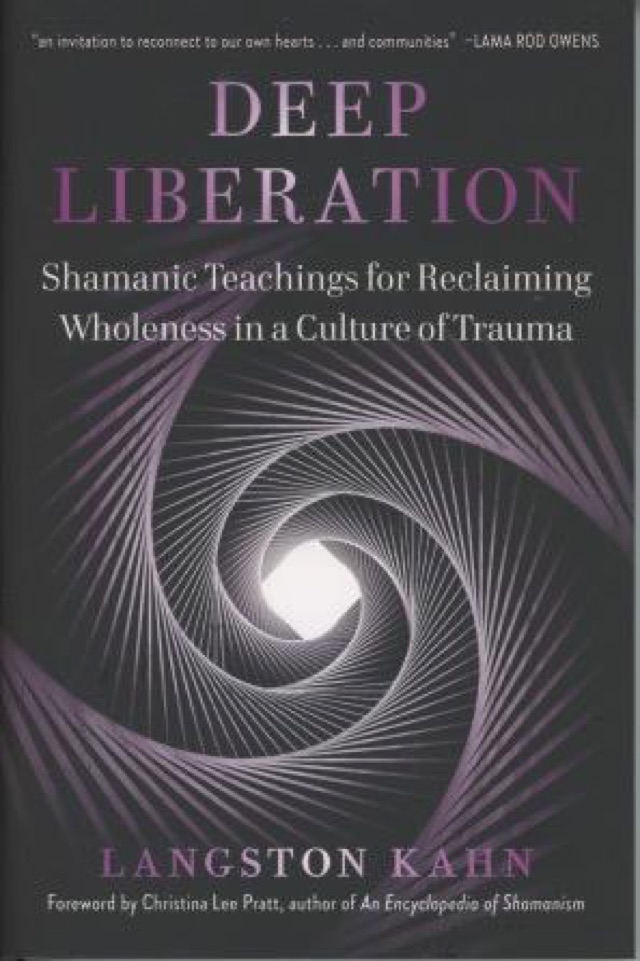 To begin to be free, we must ourselves look inside and discover how we ourselves cultivate and maintain toxic social systems that perpetuate the dis-ease. More than theories or directives, Kahn offers concrete practices, his Deep Liberation Process, that bridge the ancients use of spirituality in their times, to the stresses and demands of life in the Twenty-first Century. Shamanism is cross-cultural, has been used by multiple people world-wide, through tens of thousands of years. It is not a religion, has no dogma that must be practiced, but provides healing from within the individual to release fear, promote healing, and healthy energy to maintain one’s balance and build agency in day-to-day living, which leads, through Deep Liberation Process, to living freely in the present moment. 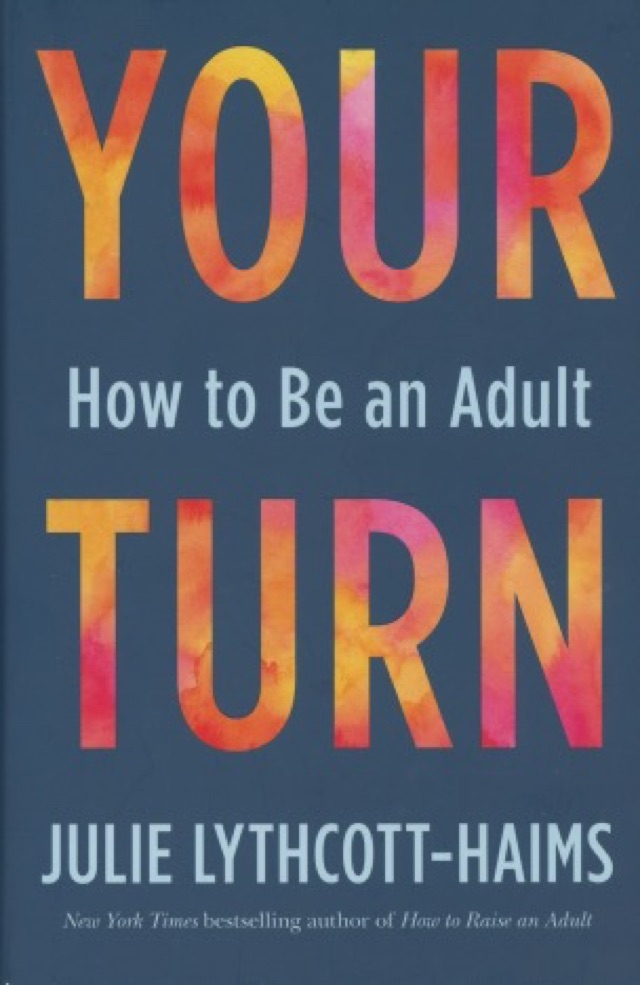 Your Turn: How to Be an Adult
Julie Lythcott-Haims
Henry Holt
$26.99

After her best-selling How to Raise an Adult, Lythcott-Haims’s editor suggested a book on actually being an adult. The main criteria used to be: Finish your education; Get a job; Leave home; Marry and have children. That was then, this is now. Adulthood is ongoing; these are choices and consider “Job” as “Support yourself somehow.” Lythcott-Haims offers a “compassionate beckoning into the freedoms and responsibilities of adulthood whatever your task at hand may be.”