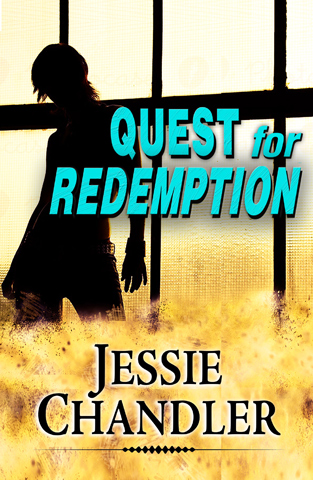 Chandler takes a new approach: A four-movement symphony, edgily constructed, yet nevertheless bearing the reader along. In the romantic overture, “lowlife military brat” Mikala Flynn falls for, and is fallen for, by upper-class Kate Goldsmith. Bliss… until the second movement’s crescendo as the Twin Towers fall on 9/11, incinerating Kate’s mother. Flynn separates, goes abroad as a special agent, is wounded physically and psychically, riddled with self-hate. Third movement chronicles PTSD Flynn; alcoholic black-outs, out of control. The redeeming Fourth, Kate and Flynn unite over a homeless woman and her dog, while the leitmotiv of “Tubs,” Flynn’s loving/shady grandmother and her crew organize Chandler’s signature Caper, an Art Heist utilizing Coop, from capers past. Some hear unresolved chords, I hear strains of Minnesotan music to come. 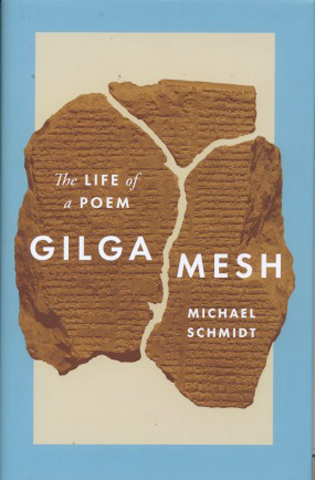 Gilgamesh predates Homer’s epics by a good thousand years, and is likely the most ancient work-in-progress. Scholars’ perceptions and conceptions of Gilgamesh shift as cuneiform fragments continue to emerge. Buried, scattered worldwide, then rediscovered in the 1850s, Gilgamesh caused a furor with a Flood tale predating Genesis’s Noah. Schmidt is not presenting another version of the poem, but discusses how the 11–or 12–existing tablets are constructed, in what amount to be less than a quarter of the length of Iliad and Odyssey. While contemporaries will recognize “Trojan horse,” or “Achilles heel,” Gilgamesh, ruler of Uruk, his friend Enkidu, the monster Humbaba remain unknown, although the poem’s stories of love, rage, friendship, and the fear of death are timeless. An excellent pre-read to Gilgamesh. 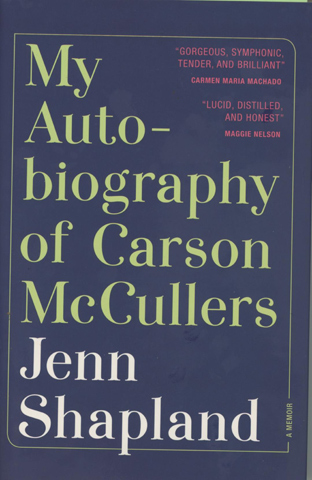 As Shapland began her internship at the Harry Ransom Center housing writers’ and artists’ archives at the University of Texas, letters from Annemarie Schwarzenbach to author Carson McCullers produced an epiphany, illuminating Shapland’s lesbian identification and that of Member of the Wedding’s author. Therapy session transcripts between McCullers and Dr. Mary Mercer further confirmed McCullers love for numbers of women. With McCullers as role model, Shapland shaped her narrative, weaving back and forth between present narrator and past subject, illustrating how not only words but clothing (Shapland curated all of McCuller’s donated clothing) are used in one’s personal stagecraft. McCullers closeted life is brought into the light, and Shapland’s more fully comprehended internally, begging the question, “Why do we need permission to be who we are?” 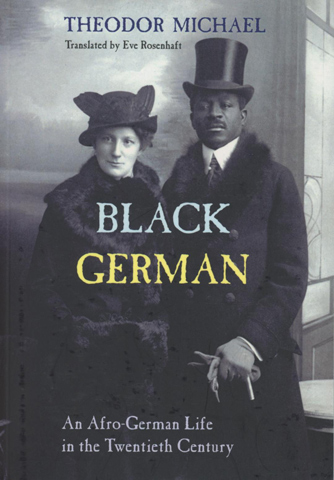 Born in 1925 in Berlin to a Cameroonian father and German mother (pictured on cover), Theodor Wonja Michael as a small boy worked in circuses and human menageries that offered white citizens a view of the supposed lives of black “savages,” “a German in a grass skirt.” When the Nazis took over, blacks, like Jews, Gypsies, and others were considered less than human, losing jobs, education opportunities, lives. Written in 2013, when he was 78, Michael describes his amazing survival, from a forced laborer during the war, then afterwards as a married father of four, a film and stage actor, journalist, and later a voice for the black German consciousness movement. Before his death in 2019 at 94, Michael recorded several interviews available on YouTube.