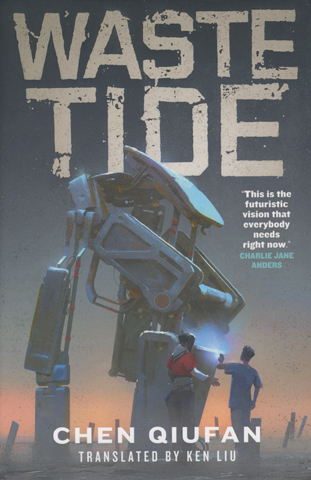 Quifan creates an atmosphere of almost palpable squalor on Silicon Island off the China coast, now a repository for the world’s salvageable waste. This burgeoning toxic harvest is tended by swarms of migrant waste workers seeking a better life. Quifan is knowledgeable, having grown up in Guiu province near a waste disposal site the UN termed an “environmental calamity.” Quifan has added the future’s bionic limbs and bots. Mimi is a worker now caught up in a struggle between three ruling clans; American Scott Brandle and his young, assistant, Chen Kaizong, arrive on “business.” Scott has a secret, Mimi has a power, Chen’s in love. Around them a war is brewing; even the faceless pawns must choose to fight or submit, to live or die. 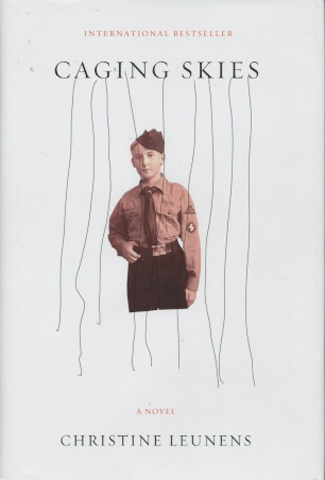 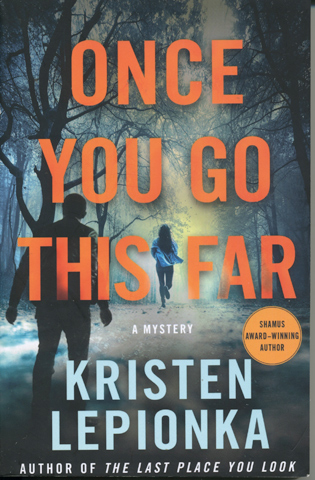 Once You Go This Far: A Roxane Weary Mystery (4)
Kristen Lepionka
Minotaur Books
$26.99

A missed meeting at a nature center parking lot causes Roxane Weary to again cross paths with death. Having just called, “Be careful!” to a sixty-ish hiker, Roxane finds her dying at the bottom of a ravine. Accident? Daughter Maggie, insisting Rebecca Newsome was an experienced hiker, hires Roxane. And investigate she does; through two states and Canada, uncovering an evangelical sect, missing children, abused wives–for starters. Roxane Weary is to Columbus, Ohio, what Jessica Fletcher was to Cabot Cove, Maine. True, Roxane is a licensed detective in a state capital of nearly 900,000 while Jessica was a mystery novelist in a town of 3,560, but to beat Jessica’s 264-episode mortality rate, Roxane has her work cut out for her. Lepionka’s got her back. 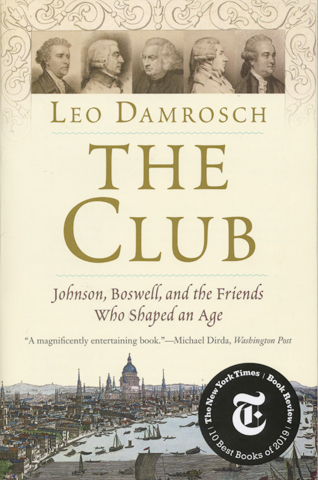 The Club: Johnson, Boswell, and the Friends Who Shaped an Age
Leo Damrosch
Yale University Press
$30

Promising the “story of a group of extraordinary individuals, a constellation of talent,” Damrosch delivers. Joshua Reynolds, realizing his friend Samuel Johnson’s dark moods might lift with regular, stimulating company, suggested starting a club for witty, literate, conversation, serving food and drink. In 1764, came the Club. Damrosch builds his narrative on the friendship of Johnson and his amanuensis, the much younger James Boswell, around whom he weaves mini-biographies of Edmund Burke, David Garrick, Adam Smith, Edward Gibbon and others. Damrosch, you feel, has so relished their company that he wishes you to make their acquaintance as well. His thorough knowledge of the era, their quotes and anecdotes bear you through the book as briskly as a punt skims over the Thames. An extraordinary read.