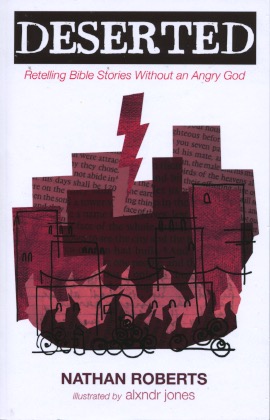 Nathan Roberts is a pastor in Minneapolis, the author of Poor Millionaires: The Village Boy Who Walked to the Western World and the American Boy Who Followed Him Home and founding editor of The Salt Collective. Deserted recasts well-known Bible stories without the Book’s overarching presence of a jealous and angry deity. The serpent in the garden, the building of an Ark, Moses and the flight from Egypt, are retold as stories that place man—and woman—as the generator of actions for which they alone are accountable. “Doctor Leviticus” as an obsessive record-keeper, charting symptoms of all who come to him, demanding scrupulous cleanliness of himself and others, in a heroic effort to ward off a deadly plague. Food for thought today as well. 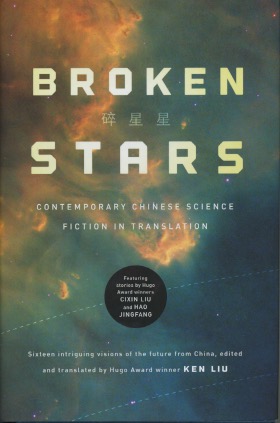 Noted author and translator Ken Liu, who also edited and translated Tor’s Invisible Planets, here presents sixteen more science fiction and fantasy stories by Chinese authors. For readers who have not yet ventured into the realm of Sino-SF, Broken Stars offers a wide range of explosive new worlds and thoughts. Three additional essays explore the history of Chinese science fiction genre publishing, a look at Chinese fandom today, and how the burgeoning science fiction market has influenced writers. Stories include “Moonlight,” by Liu Cixin, author of Hugo-winning The Three-Body Problem (first in Remembrance of Earth’s Past trilogy), Han Song’s “Salinger and the Koreans,” and Hao Jingfang’s “The New Year’s Train.” From time-travel to cyberpunk, satire to hard science fiction, there’s a tale for every taste. 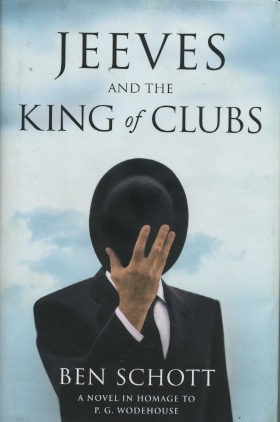 Jeeves and the King of Clubs
Ben Schott
Little, Brown and Co.
$27

It’s not only test of devotion, but an act of derring-do, to author a “novel in homage” to the Master, P.G. Wodehouse, one centering on Jeeves and the feckless Bertie Wooster. Ben Schott, I’ll say without further ado, pulls it off. Here’s the labyrinthine plot lines, the suave hauteur of Jeeves, and the presence of aunts— the more benign Dahlia, not the ravening Agatha, and something Bertie surrender to obtain Jeeves’s succor. Along with Bertie’s Drones Club, Schott reveals the depth and breadth of Jeeves’s Junior Ganymede, where valets keep copious notes on employers and aid to the government under code names. Bertie’s, we find, is the King of Clubs, while Jeeves, who will not explain why, or for whom, is the King of Hearts. 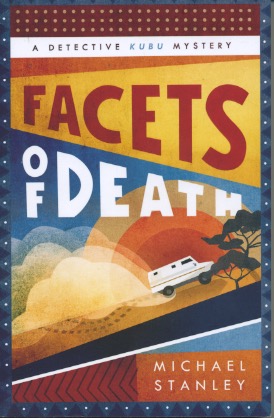 It’s always interesting to learn more about an old acquaintance, especially about the early life of an old friend like David (Kubu) Bengu, of the Botswana Criminal Investigation Department. Team Michael Stanley introduced Kubu through six earlier novels, but here we see Kubu as a young man, resented by some colleagues for his direct step from university into the force, as eager to solve the mystery of airport baggage-handling theft as to catch murderers in a high-carat diamond-fueled heist. Even as a neophyte, Kubu’s ever-methodical mind makes connections that others, whether in haste or sloth, overlook. Mother Amantle and father Wilmon appear, as well as Joy Serome, a young Service Records clerk, whose smile wreaks havoc on Kubu’s orderly mind. Charming. Harrowing. An excellent read.