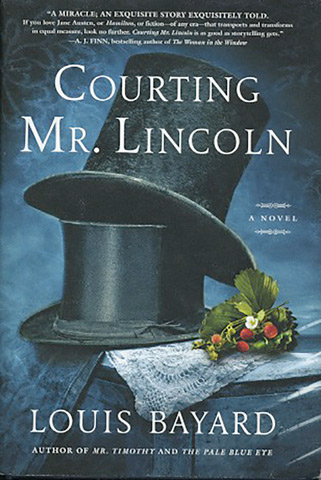 A tour-de-force love triangle… of a sort. Bayard, author of Mr. Timothy, The Black Tower, and other tales of the real and the fictional, here tackles the web of affection, love, loyalty, loneliness, and jealousy that tightened about the 21-year-old Mary Todd, the handsome Joshua Speed, and gangling, awkward country lawyer, Abraham Lincoln. It’s 1840. Mary Todd, advancing in age by the standard of the day, has come from Alton to Springfield to live with her sister while she (discreetly) seeks a husband. Mary is intelligent, witty, with a keen interest in politics. Her story opens this novel, and alternates with Speed’s. Lincoln emerges from the mix. Bayard handles the ongoing, intimate relationship between Speed and Lincoln with finesse, using letters and historical documents as the frame upon which he weaves powerful and believable fictional dialogue. A mesmerizing read. 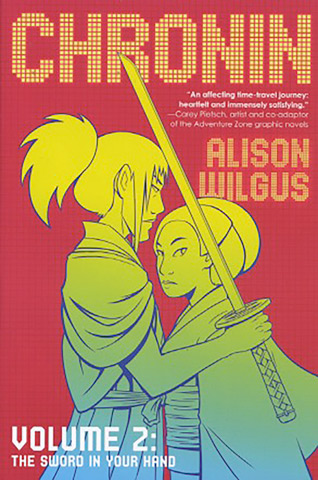 The Sword in Your Hand is the concluding volume of Wilgus’s historical time-travel adventure, Chronin, preceded by The Knife at Your Back. Undergraduate Mirai Yoshida has left 2045 via her university Time Studies Program and is now stranded in 1864 Edo (Tokyo). She’s surviving by presenting as a male ronin, hired by a tea shop owner. Her ex, now the owner’s boyfriend, intentionally stranded himself to be part of the rebellion against the Tokugawa shogunate. History has become tangled through the interference of other time travelers with various agendas. Without the Meji Restoration to provide a constitutional monarch, Mirai can never return. Can she foment a successful peasant uprising to bring Japan back on course? Must she choose between saving the future or her life? 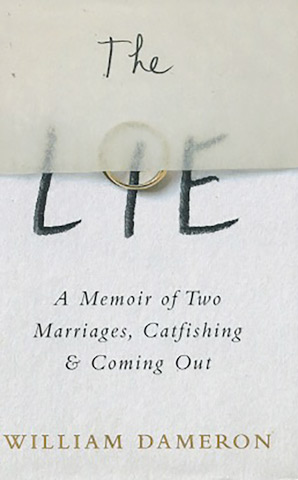 The Lie: A Memoir of Two Marriages, Catfishing & Coming Out
Willliam Dameron
Little A
$24.95

Dameron’s catalyst was discovering his hijacked selfie with “forty-year-old straight white male” description that had been used to hoodwink countless women worldwide. But the story started with his first lie, one much closer to home. Dameron was not straight, he was gay. He had spent over forty years denying the truth to his wife, his children, himself. In his southern Catholic upbringing, gayness led to perdition, so Mother strove relentlessly to “straighten” him. Young Dameron married Katherine, herself riddled with self-doubt, who bore two daughters. Twenty years later, Dameron revealed his gayness. Devastation. Divorce. His memoir is an atonement, an unsparing quest to acknowledge harm one has done, to forgive others’ harm. Dameron demonstrates that you, your family—your Southern mother—can evolve and find love. 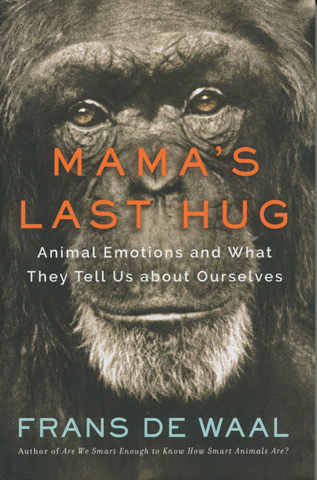 Mama’s Last Hug: Animal Emotions and What They Tell Us about Ourselves
Frans de Waal
Norton
$27.95

Mama lay on her deathbed, but became animated when a friend from the past came to say farewell. She grinned, touched his face and hair, reached to pull him closer. Mama was an elderly chimpanzee, her visitor, Dutch biologist Jan van Hooff. Author de Waal’s 2016 book, Are We Smart Enough to Know How Smart Animals Are?, is one of several investigating animal emotion, and Mama delves even more deeply into the subject. Animal emotions have frequently been ignored or belittled, but here de Waal directly compares animal and human feelings; broadly across species and deeply into evolutionary time. It’s not just blue-sky projection: emotional changes can be measured through changes in hormones shared through nearly all species, “from humans to birds to invertebrates.” Engrossing.