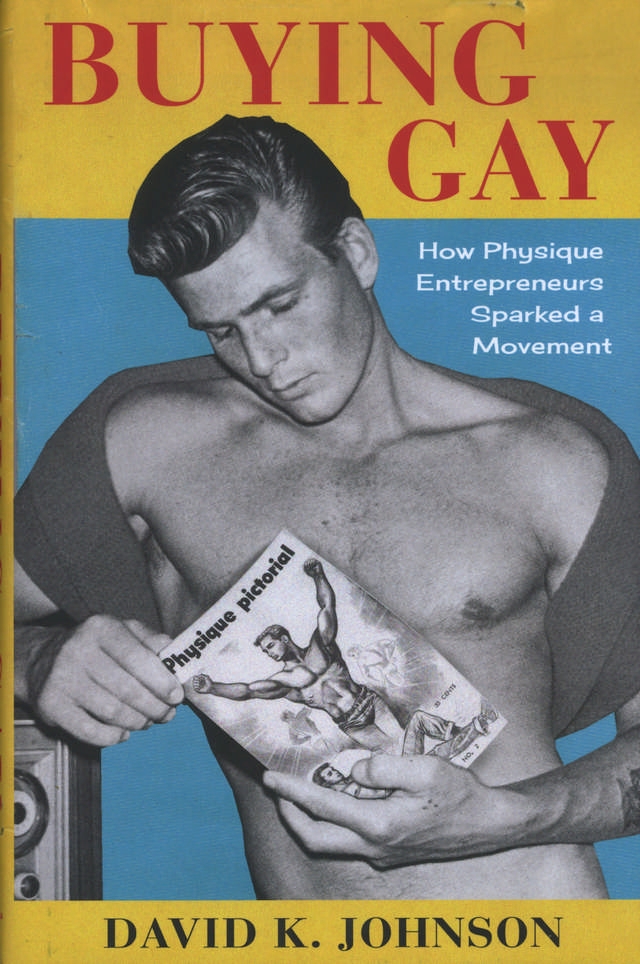 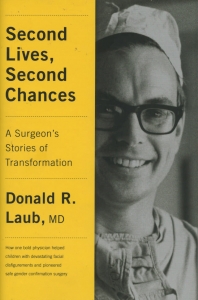 Laub, now 83, has written a memoir embodying the energy and maverick personality that fueled his many activities over the decades. Embracing a very broad mission to help others achieve viable lives, young Laub was drawn to reconstructive surgery, desiring to use his operative and teaching skills to disadvantaged countries. Blessed with a sense of humor and healthy ego, with “Transformation” as his watchword, Laub founded Interplast (now ReSurge International), providing cleft palate, burn, and other reconstructive surgeries to thousands of children and adults—literal new lives and second chances. In 1968 he became a pioneer in “gender affirmation” surgery for trans men and women, inventing new techniques and breakthrough procedures, admitting here how much he had to learn within this new area of expertise. 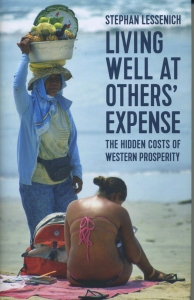 We live in a world of inequality, asserts Lessnich, those in developed countries, the global North, living well, but at the expense of those in the global South. Focusing blame solely on the super-rich, that tiny one percent, ignores the reality that a large segment of any wealthy country’s population enjoys a prosperous lifestyle, maintained at the expense of “others” toiling within the boundaries of their disadvantaged countries. Infusions of wealth require “exteriorization”, sources whose labor produces goods, fuel, food, at a cost of deforestation, habitat loss, unsafe factory conditions. Externalization fuels the machinery, keeping the prosperous prosperous, while demanding their tacit complicity to keep those global inequities in place and producing. But what will happen when, inevitably, the “exterior” sources are drained dry? 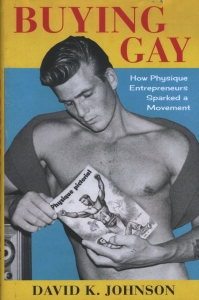 The coming together of the gay community was happening before the precipitating event of the Stonewall Riots. Here David K. Johnson (The Lavender Scare, 2006) here examines “the Physique Era,” 1951-1967, showing how American entrepreneurship, through the creators of the bodybuilding magazines built their publications into a communications network connecting isolated rural gays with urban dwellers, creating a broad, gay market. Various services involved photography, including developing and printing, directories of gay bars and venues, greeting cards, books and pen-pals networks. From small beginnings grew connectivity, a desire for visibility, viability, and social justice, creating the existence of a group large and cohesive enough to take Stonewall on through to a time of greater freedom and equality, including the right to marry—to fully exist. 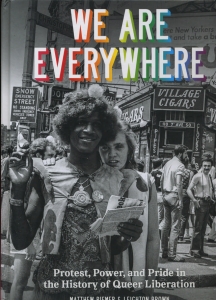 We Are Everywhere: Protest, Power, and Pride in the History of Queer Liberation
Matthew Riemer and Leighton Brown
Ten Speed Press
$40

Timed to celebrate the 50th anniversary of the Stonewall Riots, this splendid, large (9×12”) 368-page volume traces queer activism back into late nineteenth-century Europe on through to the present, revealing how an acknowledgement and understanding of queer past has flowered into the 21st century and surges on into a brighter future. Authors Matthew Riemer and Leighton Brown are the creators and curators of Instagram’s @lgbt_history and so have ready at their fingertips hundreds of photographs from over seventy archives, branching out into all aspects of GLBT lives and history. The dedication indicates their broad scope: “Ancestors, Founders, Radicals, Outlaws, Warriors, People With AIDS, Victims, And to all those whose stories are waiting to be told.” The photos entice, you dip into the text…and you’re immersed.