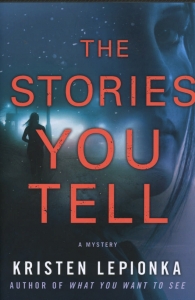 Don’t think, “I’ll read a few pages before I go to sleep.” It won’t work. Keeping pace, Lepionka’s third Roxane Weary novel will keep you wide-eyed and transfixed. Weary receives a late-night phone call from her harum-scarum brother Andrew, and things go wrong from there. He’d been visited by Addison, an hysterical, drunk, bloodied DJ whom he knows from work. She asks to use his phone then dashes out. The police, sent by her father after her call, ask why there’s blood in his apartment, where’s the woman? That evening, a cop is found dead, and is connected to Addison’s dance club. Would Roxane help? Well, what’s a sister for? Roxane’s other family members are on stage, and a fraught time is had by all. 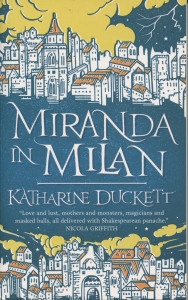 Further tempests await Shakespeare’s Miranda when, traveling back from her island to Naples and her intended, Ferdinand, she remains father Prospero’s prisoner, masked, sequestered behind locked doors in his spectral castle. “When Miranda came to Milan, she found she was a monster,” Duckett begins, luring the reader into her spell. Shipwrecked, Miranda had lived a dozen enchanted island years; returned, she is shunned by all. All except a young witch, Dorothea. Slowly she is drawn to the girl, and the girl to her. Will Miranda discover her mother’s fate—she who died giving her life? Will Miranda escape to join Ferdinand in Naples, or will she and Dorothea embark on a journey back to the enchanted island? Duckett pens a deft queering of the Bard. 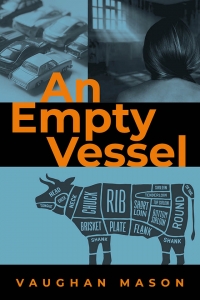 Nancy Maidstone will be hanged at dawn. In changing voices, over decades, Empty Vessel reveals Nancy’s life. Abused by her brothers, grown to become a successful butcher’s apprentice; accused of murder. Unfeminine, silent, Nancy is condemned more by opinion than evidence. Who is Vaughan Mason, celebrated for this novel? Like King John, Mason was not a nice man; how could he convey Nancy’s suffering so tellingly? Did he? Cunningly, he is a character in Marsh’s Beatrice Stubbs mysteries, expiring in Snow Angel. Explains Marsh, “The story of Nancy Maidstone has been haunting me for years ever since it popped into my head. Finally, the time was right to tell her story.” An insightful novel and gateway to the Stubbs series, number eight coming in June. 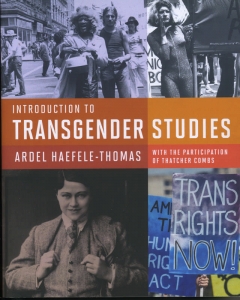 Introduction’s 477 pages embrace a “Contents” of twelve chapters further broken down into a “Detailed Contents” section, an introduction through a “Foreword” by Susan Stryker, an “Introduction” by Jo Clifford and “A Note on Language.” The first textbook aimed specifically at undergraduate level students, its varied and comprehensive topics can be used as well, the author notes, by graduate students and by related GLBT, queer, and gender/feminist studies. Whether one has never considered gendered studies, or already lives a trans, non-binary, agender or gender expansive life. Instructors can access sample syllabi, key points, discussion questions, as well as film, first person accounts, literature and historical biographies. Densely packed, but accessibly broken down for the question reader, Introduction is a boon for teacher and student alike.