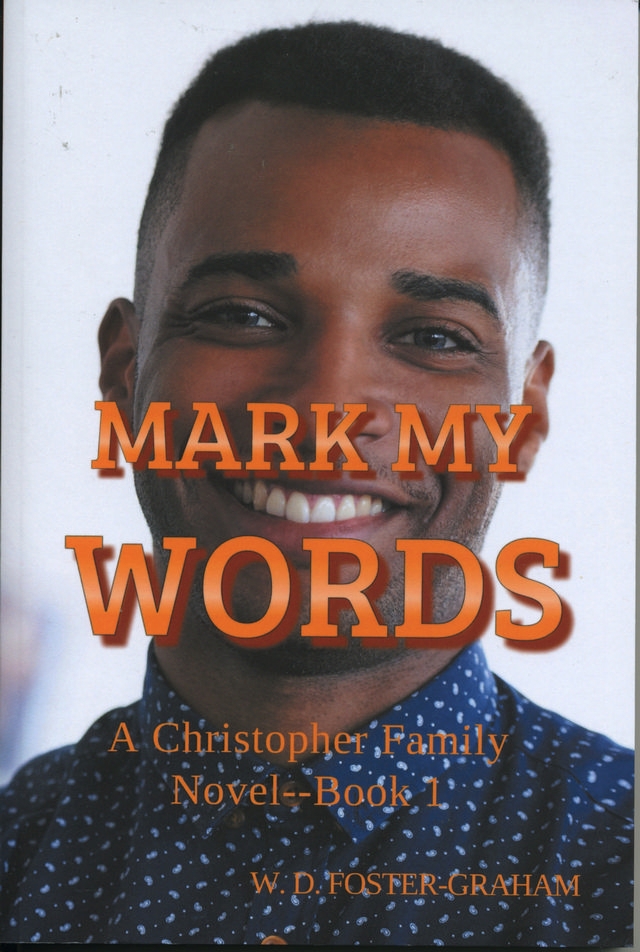 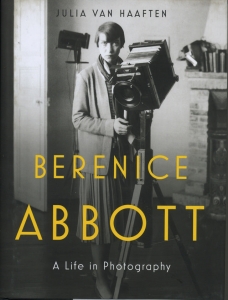 A satisfying, exquisitely detailed portrait of photographer Berenice Abbott (1898-1991). Born in Ohio into a chaotic, peripatetic family, young Abbott herself was quirky, rebellious. She escaped as soon as she could to Greenwich Village and thence to Paris where she was introduced to photography through Man Ray, and known for her efforts to rescue the oeuvre of Eugene Atget. Abbot was also a teacher, an inventor, a very private person who lived over 30 years with art critic Elizabeth McCausland. Abbott photographed “everyone” in the 1920s, Joyce, Gide, Duchamp, Barnes; later produced scientific photos through MIT, always eschewing anything “arty.” If you don’t know Abbott, search “Night View”, taken with her wooden view camera from atop the new Empire State Building, and go from there. 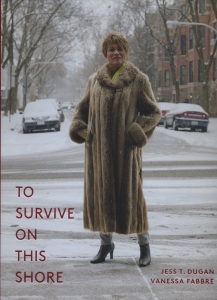 To Survive on this Shore
Jess T. Dugan and Vanessa Fabbre
Kehrer Verlag
$55

Photographer Dugan (Every Breath We Drew) and social worker Fabbre were five years creating this volume, interviewing and photographing 56 older–50 to 90–trans and gender-nonconforming adults. Covering the United States, they sought respondents within “complex intersections” of gender identity, race, ethnicity, socio-economic class and location. The subject’s own words accompany their portraits: Gloria, 70, stands proud on the cover; Miss Major, 74, experienced Stonewall; Jay, 59 (now deceased) faced discrimination within the medical system. The respondents’ age and range of experience offer valuable insights not only for the general reader, but to young trans individuals questioning their own futures. A substantial interview following text and portraits describes the authors’ process in detail. The portraits are refreshingly large, each nearly 8.5 x 11”. 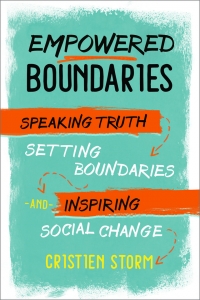 Boundaries are ubiquitous and essentially political; one’s activity can set limits, while inactivity allows a boundary to expand. Changing and evolving, boundaries are our “communication of what we want and don’t want”, and may invite some in, as well as keep others out. After defining, Storm leads the reader into learning to how to set boundaries, much of which stems from strengthening communication skills that open avenues for negotiation. Simple steps, like “Name the Behavior”, either aloud or to oneself, center and help indicate what actions to take next. Seemingly simple steps, but as Storm explains, they clarify the problem, pointing the way to rectify it. Storm is cofounder of Home Alive and of the Seattle-based If You Don’t They Will, and a mental health therapist. 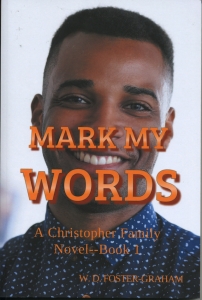 Chicago, 1988. Family patriarch, Allan Beckley Christopher, will soon celebrate a birthday. Happily married forty years to Maureen Moore Christopher, they’ve raised eight children. A childhood tinkerer—Little Mr. Fixit—Allan became an electrician, parleying that into his lucrative Christopher Electronics. We first see him in his “fortress of solitude”, fast within his 30-room estate, pondering “sixty”, the years he will attain on this birthday. From the outside, we see a golden life; fond husband and father, wealth, his dreams realized. But, in this and the following three volumes, his live is viewed through the lenses of other family members, including Maureen and four GLBT children. Is there more to learn? Well, if you were raised in a family, you know very well there is.