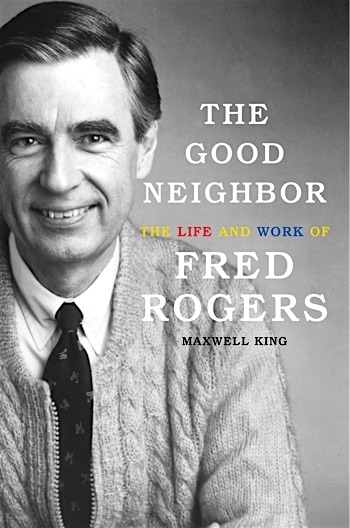 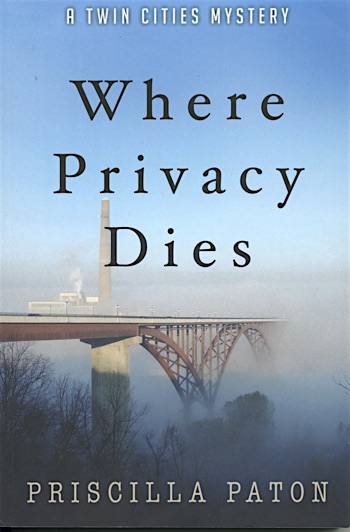 When the corpse of a well-dressed businessman is discovered in a wetland, and a photo of a dead or unconscious girl is discovered in the said corpse’s shoe, Detective Erik Jansson and new partner Deb Metzger are put on the case. There’s confusion concerning the executive’s murder, when higher-ups become implicated, and friction between the mismatched detective duo. Erik is the shy, silent type, while Deb self-styles as “six-foot-two, lesbian and scary.” The executive worked for a reputation management outfit that is linked to a philanthropy for abuse victims. Becoming ever darker and more complex, Erik’s own reputation becomes suspect. This debut novel promises more to come, featuring Jansson and Metzger, snappy repartee, and dark secrets below the fabled Minnesota Nice waiting to be revealed.

On the 50th anniversary of his seminal TV show Mister Rogers’ Neighborhood, author King’s rich and rigorous biography reveals the behind-the-scenes reality of creator Fred Rogers to be one of seamless determination and empathy, totally dedicated to his millions of young viewers. Rogers grew up in wealthy circumstances, a shy, chubby child, teased at school and plagued with health issues. Often kept at home, where he created his own puppet theater, he observed his parents, mother Nancy in particular, attending to their less fortunate neighbors in Latrobe, PA. The path to the show was circuitous, but Rogers hewed to his determination to bring kindness, compassion, and clarity to the youngest children. He addressed difficult subjects, death, fear, anger, but never condescended. An extraordinary life celebrated. 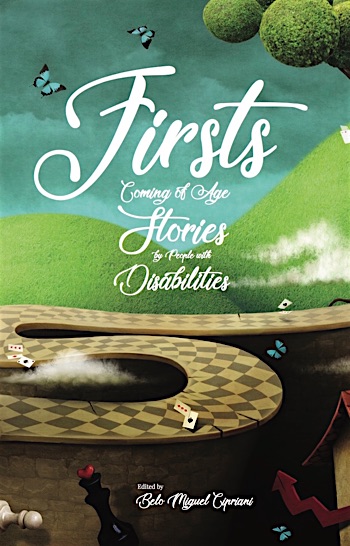 Editor Cipriani, author of Blind: A Memoir, presents the Oleb Books debut volume of books dedicated to publishing disability stories by disabled writers. Eleven authors describe their “firsts,” in love, business/education venture, sex. Kevin Souhrada, a “second-generation deaf man,” married to a deaf woman, in “The Hearing Child” confesses his chagrin on being told his third child is “normal.” Gay, wheelchair-bound Andrew Gurza recounts thirteen years later in “Baring It All” that he wanted most of all to be naked with another man. Legally blind Cathy Beaudoin in “I Did It” tells what it took to earn an Accounting PhD and tenured professorship. Successful or set back, each First represents an insight into another’s world, and a significant milestone in that author’s growth and self-acceptance. 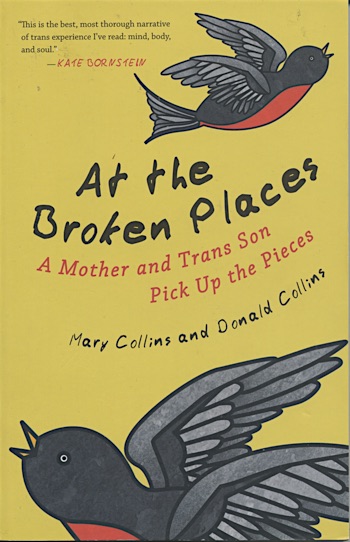 At the Broken Places: A Mother and Trans Son Pick Up the Pieces
Mary Collins and Donald Collins
Beacon Press
$16

Single mom Mary Collins learned that her fourteen-year-old daughter, attending a prestigious New England prep school, was being referred to by a new name by teachers, and intended to transition to a boy. Now further down the road, the two have written counterbalancing essays that give valuable insights on how they fit their new lives back together, with different pieces to make a different, yet respectful and loving, new picture. Mary mourns the loss of her daughter, was enraged by loss of autonomy over her child in the face of new legal parameters, while Donald fought to keep his own autonomy over his body and medical decisions. A section of the book is devoted to interviews with other parents and trans children. Moving and demystifying.