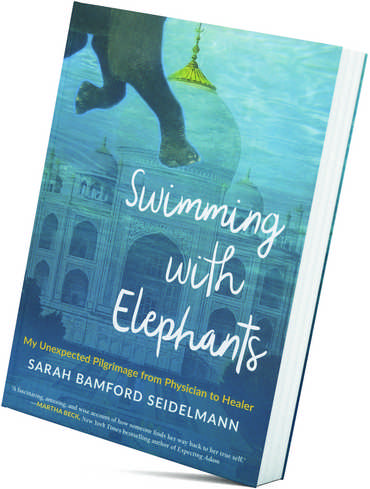 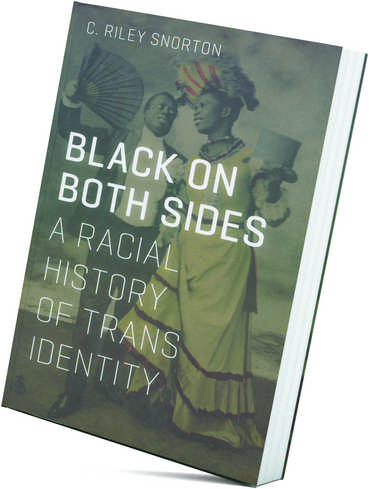 Snorton’s divisions of Black on Both Sides, “Blacken,” “Transit,” and “Blackout,” should alert the reader that this book is not simply a history of black transgender individuals. The word “imbrication” appears numerous times throughout the text, and its literal meaning (a layering of scales on a surface) together with the visual images it evokes—layering, change, and fluidity—reveal the author’s methodology. For aside from the white Christine Jorgensen and murdered Brandon Teena, “transsexual” is not the focus. Trans here associates with transition, change; transitivity, as Snorton explains. Black people cross-dressing to escape capture are not necessarily transgender, but still, “Black gender is open to…manipulation and rearrangement.” Snorton historically explores genderless flesh, negation of blackness, and “shifting notions of human valuation.” A challenging read.

What, one asks, moved Seidelmann—wife, mother of four, a 20-year career in medicine—to move on, move out, into and around the world to become again a healer? “I was gently eased into chaos by a sneaking sensation that I was no longer doing the work I was meant to do.” As simple and as complex as that. She learned to journey—the inner, shamanic travel between the worlds—then packed her bags for passport-bearing, intercontinental travel. To South Africa and India, with its sacred Ganges. Over time, she acquired a (spirit) Asian elephant named Alice, and through many days and nights of anguish and worry about her spouse, her children, she learned. Seidelmann now opens her heart to share that knowledge with you. 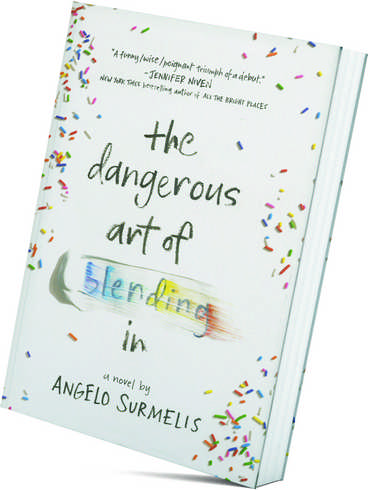 The Dangerous Art of Blending In
Angelo Surmelis
Balzer and Bray
$17.99

Surmelis’ debut novel, based on his own life, is harrowing beyond the usual expectation for a YA novel. As the story opens, 17-year-old Evan Panos returns from school to find their Greek pastor intoning to a group, “We cast the devil’s stronghold from his body. We pray to God for His mercy on his dark soul.” “His,” meaning Evan’s. A typical day. Evan’s immigrant Greek mother has physically and verbally abused him for over a decade; his father never intervenes. Evan’s artistic, does well in school, and has recently realized his attraction to his friend Henry. The plot grips, but the most valuable lesson for the outsider is just why it so difficult—sometimes impossible—for the abused to share, to seek help, to trust. 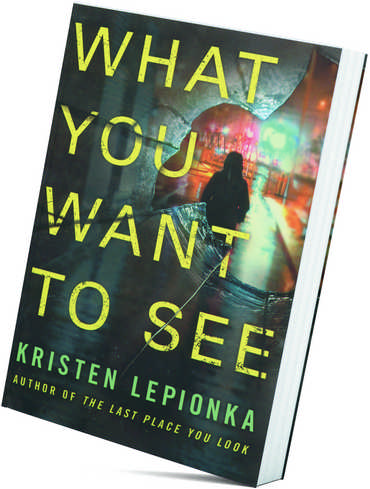 What You Want to See
Kristen Lepionka
Minotaur
$25.99

P.I. Roxane Weary is back again, hired by a client who thinks his fiancée, Marin, is having an affair, to follow Marin, but who becomes prime suspect when Marin is shot to death. Roxane investigates further, discovering Marin’s two previous marriages, a son recently released from prison, and a criminal record. Still reeling from her cop father’s murder and her thorny relationship with her mother and two brothers, Roxane next uncovers a gang of con artists defrauding elderly home owners and the death of an elderly woman near Marin’s death site—then her own mother’s entrapment in the web. Lepionka is a master of complex plots that point in one direction, then explode in unforeseen endings. Do read debut novel, The Last Place You Look.