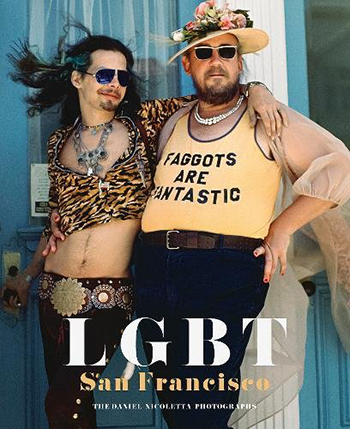 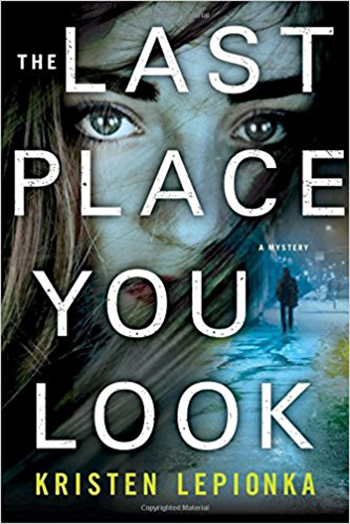 Lepionka’s debut introduces private investigator Roxane Weary; she drinks too much, cracks wise (but not over), and mourns the recent death her officer father, one of whose cold cases is the springboard here. A (white) girl went missing fifteen years ago, her (black) boyfriend was convicted and is now on death row. Suddenly his sister claims to have seen the girl and hires Roxane to find her and exonerate her brother. Roxane begins, but the trail seems to intersect with her father’s case, another missing teenage girl. In fact, she finds, other local young women have gone missing or been found dead over the years. Police thwart Roxane’s efforts to the point of physical violence, but the more pressure applied the more Roxane pushes on. Believable and enjoyably readable. 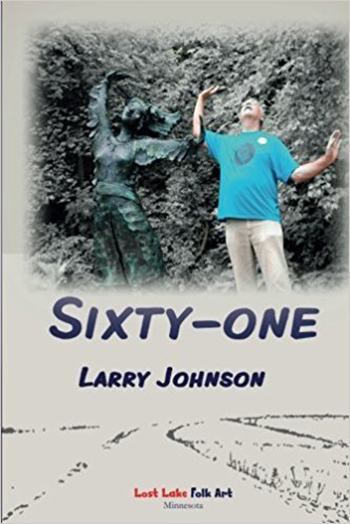 The number 61 has featured large for local author Johnson, and he tells why in 61 short chapters. He ties his junior high (1961) 50-mile hike to the 61-mile hike with grandson Tyler he undertook on his 61st birthday in 1970. One learns that as a Christian conscientious objector, he spent the Vietnam War as an unarmed medic, and that his whole life has been an effort to promote peace through activist storytelling to adults and children. He was one of 11 veterans/activists that worked with sculptor Gita Ghea to make peace bells here in the spirit of the 1918 Armistice. “It is crucial to always negotiate every possible non-violent strategy.” Johnson’s chapters go down easy, but leave a strong afterthought. 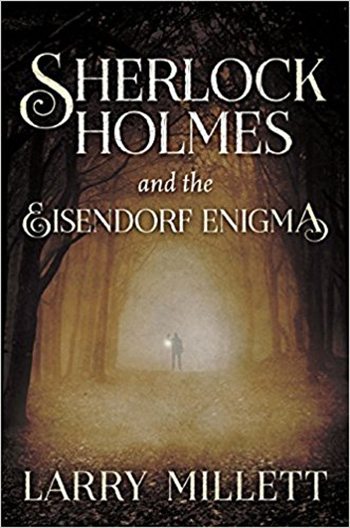 If The Magic Bullet was Millett’s “locked room” enigma, then Sherlock Holmes and the Eisendorf Enigma is his “closed town” mystery. Sherlock Holmes, 66 in 1920, is back in Minnesota at the Mayo Clinic diagnosed with emphysema. There, a note is slipped under his door from an old foe, a murderer who eluded him in Munich in 1892, announcing he’s taken up residence in Eisendorf, a nearby, decaying little hamlet, from which he challenges Holmes. The Hatfields and McCoys have nothing on Eisendorf’s inhabitants, a secretive, inbred lot with a tunnel-ridden playing field on which Holmes must outwit the killer before the town literally explodes. As readers of the previous six installments may guess, faithful Watson and St.Paul’s Shadwell Rafferty put in appearances. Smashing!

If one picture is worth a thousand words, then this cornucopia of images might leave you speechless. Daniel Nicoletta (b 1954) began photographing queer life in San Francisco some 40 years ago, and has kept at it, documenting drag queens, politicians, and street people. That famous Harvey Milk photo of the grin and the tie? That’s a Nicoletta. There are hundreds of photos included here, in black and white and fabulous color. There are the well-knowns, the unknowns, and the beings known for being themselves: Divine, Mae West, Arthur Tress, Armistead Maupin, and on and on. A large, handsome book to savor and treasure for many years to come. And, shhhh! You may want to pinch a few wardrobe and accessory ideas. We won’t tell.