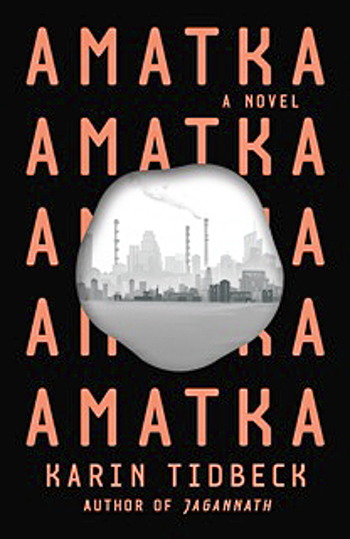 Swedish author Tidbeck has created a not-too-unbelievable, yet fantastic, dystopian novel, beginning simply before spiraling down into darkness. Vanja, an “information assistant” from Essere, is sent to Amatka, a cold, Spartan colony to report on “hygiene products.” Odd. Even odder when Vanja begins talking to objects; “Suitcase,” she addresses her valise. “Suitcase, suitcase.” There is a disturbing underlying mycological theme to life. Inhabitants work in the mushroom farms, while at the same time, objects that are not repeatedly named lose their “selfnesss” and degenerate into puddles of goo. Language keeps the world intact, but just what is this world? It once was otherwise, as Vanja learns, but that knowledge holds danger. Love, hope, betrayal, and lies are themes converging within this unsettling tale. 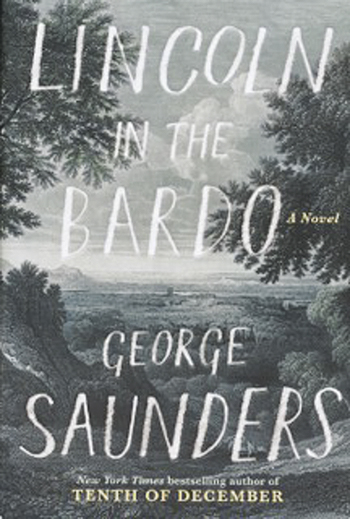 In Tibetan Buddhism, the bardo is a liminal region where one remains suspended between lives. Here, Abraham Lincoln is himself suspended in grief over the death of his beloved son, Willie, during the dark Civil War days of 1862. Events take place in great part in the cemetery where Willy is interred, narrated by two inmates and a sort of Greek chorus of the variously dead who now and then disappear with pyrotechnics, going on to the bardo. Others linger. Willy waits, hoping his father will revisit. Lincoln does, and with assistance of the shades, he manages (unknowingly) to merge with the boy. Ironically, it is at this moment that Lincoln decides, “The swiftest halt [to the war] might be the bloodiest.” A superb tour-de-force. 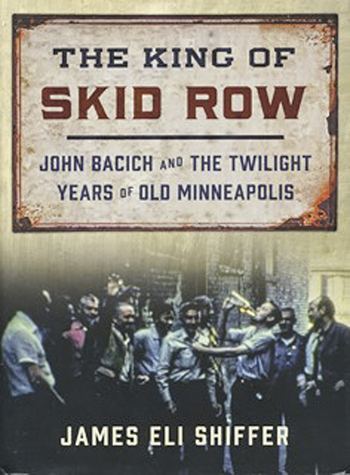 Of all the eccentric characters that inhabited the skid row labyrinth of old Minneapolis’s Gateway District, few surpassed Johnny Rex (aka John Bacich) the self-styled King of Skid Row. Bacich catered to and covered his deeply troubled flock of hard-drinking lumberjacks, gandy dancers, and plain down-and-outers with his trifecta of bar, liquor store, and cage hotel. As it happened, Johnny Rex took snapshots of hundreds of these subjects and pinned them to his walls, until those walls were torn down in the sweeping urban renewal projects of the early 1960s. But his wife saved those photos, and Jonny lived long enough to afford the author hours of interviews. These, together with Shiffer’s other meticulous research, gave birth to this unique view into a lost Minneapolis milieu. 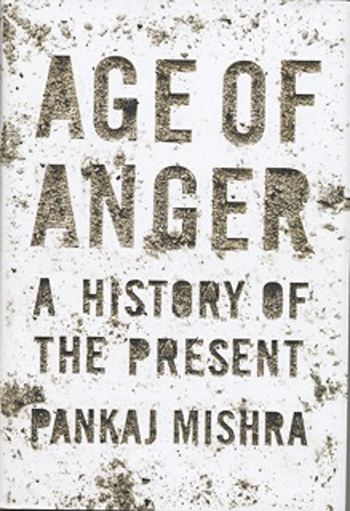 Age of Anger: A History of the Present
Pankaj Mishra
Farrer Straus and Giroux
$27

Something terrible is going to happen, author Mishra warns in his disturbing analysis of the probable origins and outcomes of our current pandemic of rage. He uses the pivotal word ressentiment, a pretty much untranslatable French term that goes beyond our “resentment,” but is like that, magnified, amplified, and seeded around the globe. He expands on and compares the 18th century philosophers Voltaire (Francois-Marie Arouet) and Jean-Jacques Rousseau, the former he feels embodies elite snobbism, the latter, more lowbrow, acutely sensitive to the unfairness of his contemporary world. Mishra writes also of the Germans and Russians of the time, and analyzes contemporary ISIS and Indian Hinduism, to produce a complex, disturbing treatise that offers little hope for a way out should we pursue our current path.