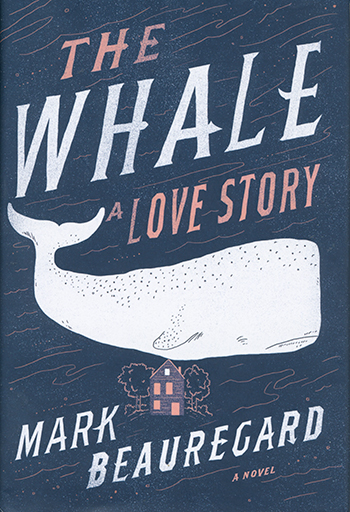 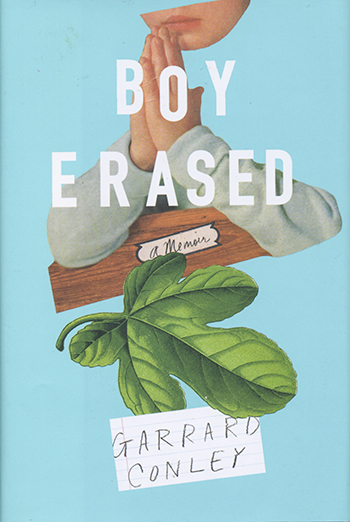 Conley’s memoir is a harrowing narration of the devastating effects ex-gay therapy had on his and his parents’ lives in the Missionary Baptist community into which his father had just become an ordained minister. Outed to his parents by a college classmate, their son’s homosexuality is perceived as a life-or-death issue that had to be addressed for their son’s salvation and their own place in their highly homophobic Arkansas community. An issue banal in another social milieu here taps into the depths of self-hatred and fear of damnation for this young man. In order to cure, Conley’s parents send him to ex-gay therapy which inexorably begins a process of self-erasure. Conley survived, but the experience exacted a toll which has continued for over a decade.

Herman Melville did, in fact, dedicate his masterpiece Moby Dick to fellow author Nathaniel Hawthorne, and Beauregard’s meticulously researched novel offers a plausible backstory. In the summer of 1850, Melville and his family were staying at his cousin Robert’s bed-and-breakfast in Pittsfield, Massachusetts, far from pestilential Manhattan and his creditors. Melville (then 31) was struggling to complete a picaresque, even farcical, seafaring yarn titled, The Whale. But on this day, picnicking in the Berkshires, he met the older (46) Nathaniel Hawthorne, author of the recently published The Scarlet Letter, and Melville’s and his white whale’s fates were changed forever. Beauregard, using the authors’ actual journals and letters, offers a nuanced and credible love story that affected the two men and all of American literature. 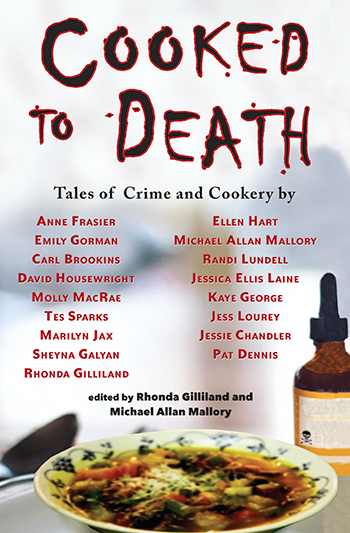 Seventeen Midwestern authors serve up mayhem from appetizers in Carl Brookins’ “Shrimp Charmoula” through Michael Allan Mallory’s “Just Desserts.” To pique your palate, each gory story is followed by a recipe for your delectation. There’s a section with tasty bios of each author, among whom are Ellen Hart (“Natural, 100% Organic Murder”), Rhonda Gilliland (“Festival of Death”), Pat Dennis (“After the Before”), Anne Frasier (“Cakewalk”), and Jessie Chandler (“Red Velvet Cake to Die For”). There’s everything from flat-out humor (Jess Loury’s “He’s Not Dead Yet”) to the downright malevolent (the above-mentioned “Just Desserts”) and free-ranging foul play in-between. The temptation is to just keep reading, but slow down, try a recipe or two, and try not to think about the odd, metallic taste in the icing. 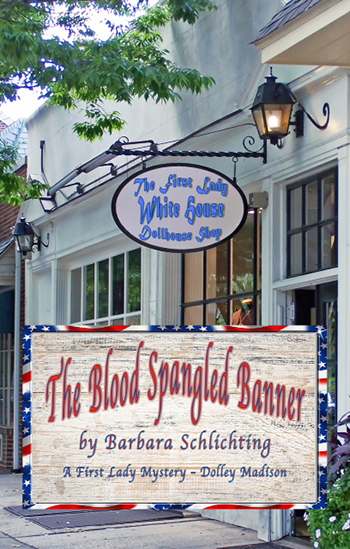 Welcome to Liv Anderson’s First Ladies White House Dollhouse shop and to Schlichting’s first First Lady Mystery, here featuring Dolley Madison, wife of James, and a distant relative of Liv’s. A TV personality comes to the shop, but the meeting is oddly off-kilter; she snatches the Madison dolls, leaves with her mysterious retinue, and within hours is found dead atop a Madison-era dollhouse, the shop floor awash in her gore. Liv must solve the mystery while arranging for her upcoming wedding to fiancé Aaron, a police officer. The murder’s tentacles reach back to Dolley herself, and Schlichting’s historical knowledge supports the intricate plot. No doubt we’ll again meet best friend Maggie and Liv’s staunch grandparents, Marie and August, in future First Lady Mysteries. Great debut.