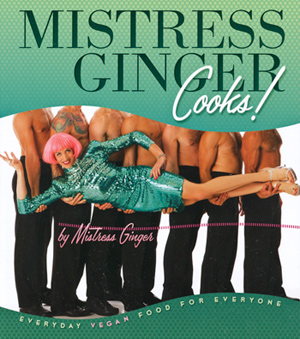 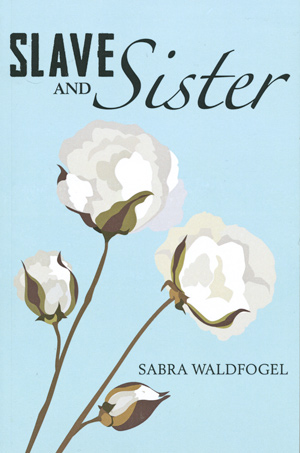 Two faces seen in a mirror: a black slave and her white mistress. Their eyes, their cheekbones, reflect a disturbingly similar cast. Disturbing for the times, antebellum Georgia, and for the reason: Adelaide Manheim and her slave Rachel share the same father. Later, as war clouds gather, Adelaide, newly married, finds her husband and Rachel have fallen in love. What could have been a tawdry tale of forbidden romance becomes, in the hands of local author Sabra Waldfogel, a complex story of survival and the emergence of true love and heroism. Waldfogel has an eye for character and the historical training to ground her story in the milieu of the 1850s and ‘60s. A veritable page-turner that will capture the reader from start to finish. 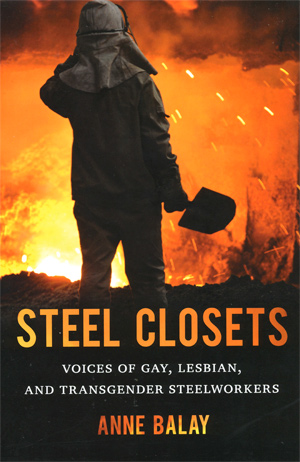 Anne Balay used as sources forty gay, lesbian, and transgender steel workers mostly in and around Gary, Indiana. Steel working conditions have changed little in the past century. It’s dirty, dangerous work, life expectancy is short, and GLBT workers face additional harassment and violence if they’re outed or suspected. Macho behavior is the norm, and the mills are dominated by white, straight, cisgender males. Homophobia and violence are still rampant, but these interviewees, many of whom have no work or educational skills for the “outside” world, pride themselves that, even when harassed, they persevere and get the job done. Lesbian author Anne Balay found that her own history of work as a car mechanic worked in her favor. An eye-opening read; you won’t forget these interviews.

Vegan showgirl supreme is here! From checkered past to checkered tablecloths, Mistress Ginger takes control of the kitchen and invites her acolytes (the readers) to join in the fun. Vegan since 2002, Mistress Ginger, a.k.a. Justin Leaf, is a Twin Cities performance artist, Julliard School graduate, member of the James Sewell Ballet and Minnesota Dance Theatre, and cabaret circuit performer blessed with green eyes to die for. Close your eyes and submit to visions of dishes with monikers like “French-kissed Toast,” “Pop My Cherry Scones,” “Brazen Butternut Bisque,” “In-the-Buff Beans and Greens,” and “Cheeky Spread,” liberally illustrated not only with the vittles, but with Mistress Ginger and her posse of hotties, you’ll be ready and eager to party hearty and eat healthy. Come. Mistress summons… 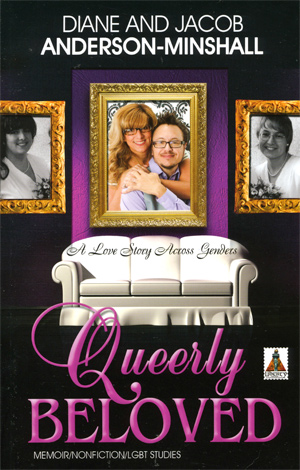 After fifteen years together as an activist, lesbian couple–Diane and Suzy Anderson-Minshall–Diane’s wife announced, “I think I’m really a man.” Eight years after that statement, the two have written a joint exploration of how their relationship survived this sea change. Jacob-née-Suzy explains, “We chose a style of writing called creative non-fiction,” that allowed the use of elisions, dialogue reconstructions, and a method, like the calculus, of approaching in increasing increments, the truth. Alternating sections, Jacob writes of his transition, and Diane of her heroic efforts to assist and adjust. Both still work in the GLBT media, not all members of which have been forgiving to a lesbian married to a man. A remarkable journey of love and self-realization, a reminder of our connectedness.