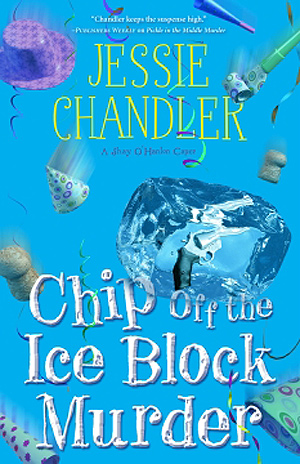 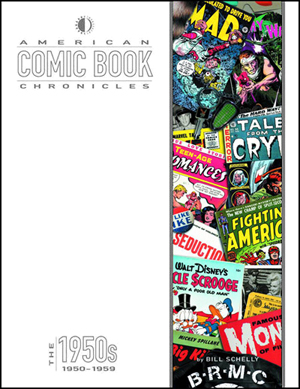 In the hands of skilled historian Bill Schelly, this volume offers a richly-illustrated compendium of the comic book world in a boisterous transition time, after the Golden Age of the 1940s and ushering in the rich Silver Age of the 1960s and beyond. EC Comics’ “New Trend” books, Tales of the Crypt, Weird Science; Harvey Kurtzman’s MAD; and Carl Barks’ brilliant Uncle Scrooge and Donald Duck tales took readers to the heights; while on the dark side, the U.S. Senate Hearings on juvenile delinquency highlighted by testimony from Dr. Fredric Wertham (Seduction of the Innocent) and Bill Gaines of EC, led to the institution of the Comics Code which affected comic book content from that time on. Artists, writers, trends, and publishers–Schelly covers them all.

Chandler’s fourth Shay O’Hanlon caper is darker–and colder–than a gray Saturday afternoon on New Year’s Eve; which it is. Pete, Shay’s dilatory dad, hasn’t appeared to open Leprechaun, his bar, so Shay delays a getaway with partner, JT, and jumps into the breach. What else could go wrong? A corpse found dead in Rice Park, encased in a block of ice, killed by a bullet from Pete’s gun, and a siege in the depths of an abandoned mental institution to name just two. Familiar characters enter and exit, and a Lisa Vecoli arrives to stunning effect. With a shrewd application of “Lorem Ipsum,” the crew solves a couple of murders. And Pete? You’ll read have to read Ice Block to find that out.